The last week has seen the release of September quarter slaughter data, along with Meat and Livestock Australia’s (MLA) cattle industry projections. As always, we go sifting through the data, and this time we are looking for when the price correction might come for cattle.

Figure 1 shows that even in 2023, when slaughter returns to above 2020 levels, it’s not going to be back at the five-year average.

The cattle which haven’t been slaughtered this year, and aren’t going to be slaughtered next year are being added to the herd.  Figure 2 shows the herd for this year has been revised 1.2% higher, and 2.2% higher than previous estimates for 2022 and 2023.

Our question was when we might see supply start to flow, and see a correction in price.  Figure 3 shows monthly slaughter rates, and a projection for 2022 based on MLA’s annual figure of 6.65 million head.

If supply seasonality returns to somewhere near normal, cattle slaughter should be much stronger than this year in autumn, which should have a negative impact on prices sometime in the first half of 2022. There is likely to be another tipping point next spring, but that will have more to do with the season and subsequent demand.

With a rapidly growing herd comes a growing calf crop, although the impact is somewhat delayed.  The larger herd in 2021 should see more spring on the market in the autumn, which should help correct the EYCI.

The autumn calves from earlier this year which are coming online now aren’t overwhelming demand, so we’ll have to wait for the next crop.  How far the correction goes depends on international demand and feed supply, but cattle supplies are likely to remain historically tight for a year or so yet. 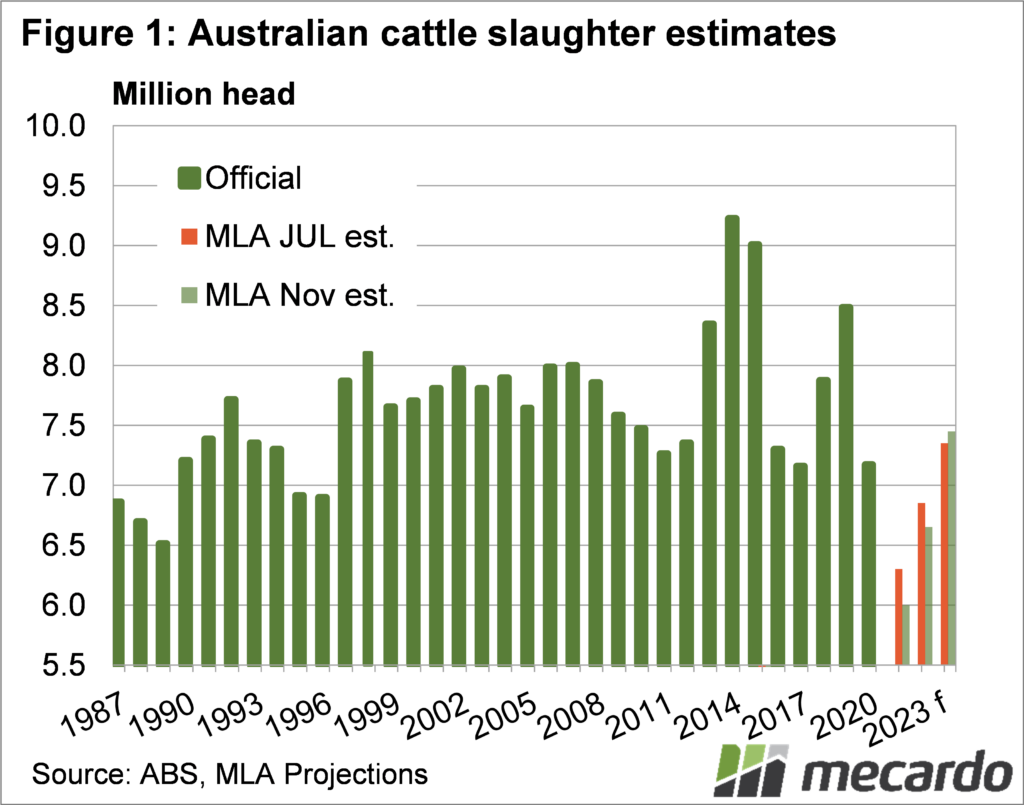 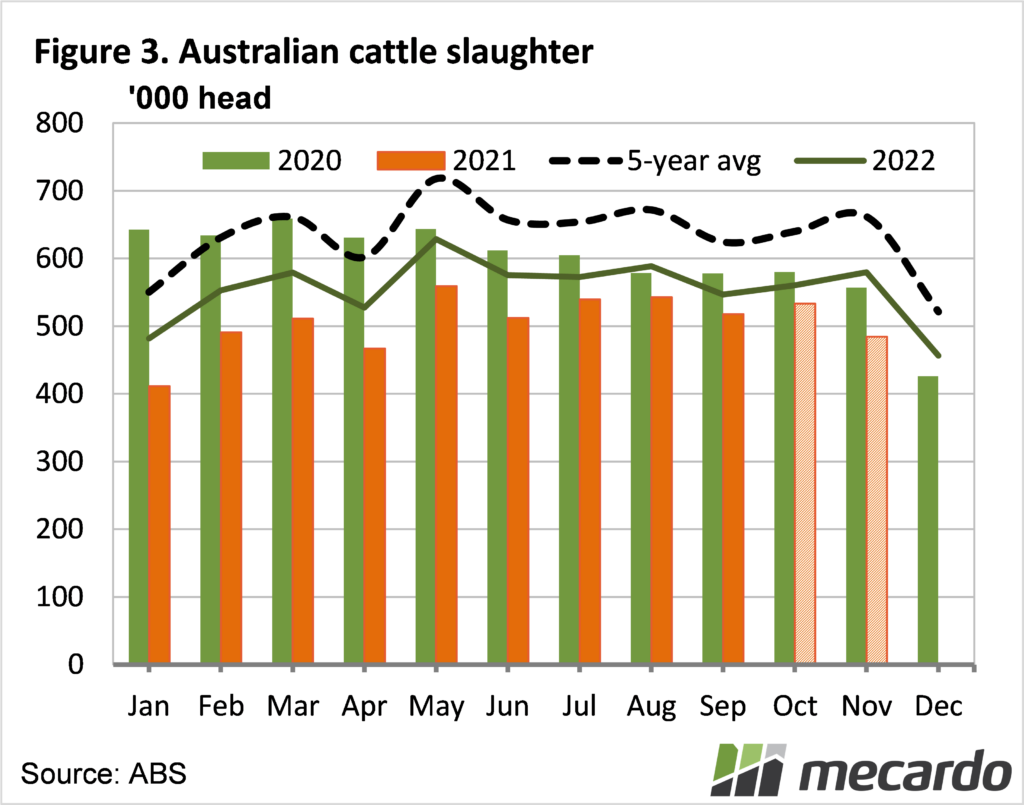