All eyes on Aussie Production

Global markets remain a little choppy, ending the week virtually unchanged. Last week’s USDA report did little to support wheat under its own steam, but instead bolstered the corn and bean markets which are in turn adding support to wheat. The USDA did make note of the fact that excluding China, major exporter stocks were getting a little tight at 15% stocks to use. They did leave Australian production at 28.5mmt so there is room to move exporter stocks higher if forecast production comes in at the higher end of estimates.

Some of the global weather concerns are also easing with rain through South America boosting prospects and forecast widespread rain in key Russian areas similarly improving outlooks ahead of winter.  It is largely pointless basing predictions on poor starts as we all know that a crop is made in the Spring.  Try and tell that to the markets though.  It is the news that moves the market, not vice versa.

I would expect that as the Northern Hemisphere winter settles in, speculation around the condition of the (global) crop will gradually subside.  There will be the odd spikes and dips, but largely I would expect wheat to trade sideways here on in.

Corn and beans will take their lead from demand.  Since mid-August, demand has lit a fire under these commodities, with China leading the way.  Depleted stockpiles, a rebounding pig herd and the Phase 1 trade deal have created the perfect environment for row crops.   After poor summer crops in Europe and the Black Sea, the US is the residual supplier of corn and beans before South America comes on board in Jan/Feb.  With supplies tightening, expect strong price action to continue as the market grapples with rationing demand.  Amazing to see how things can change in a relatively short time!

Domestically, cash prices are on the retreat as harvest pressure comes to bare.  In NSW, big crops of excellent quality are being reported. Similar stories are coming out of SA and WA as well. While yields are not as big, growers seem pleasantly surprised relative to the rainfall received. 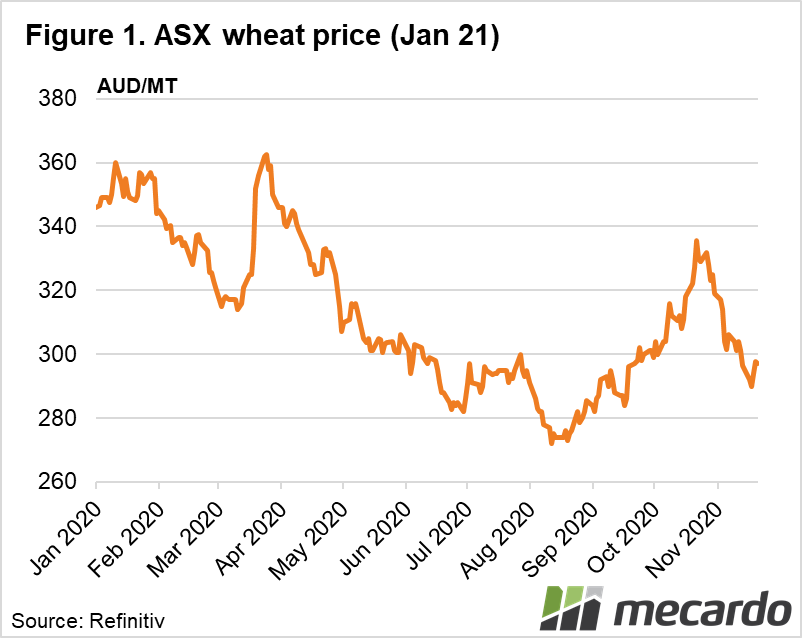 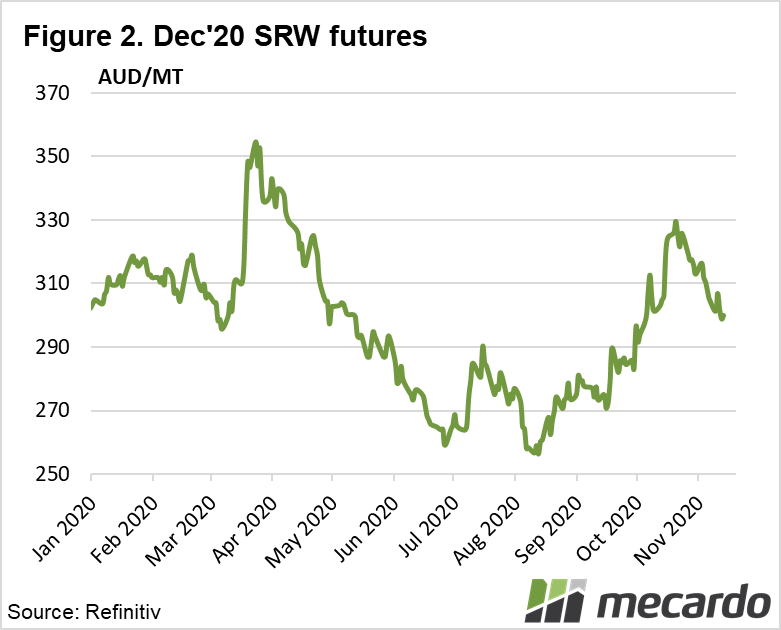 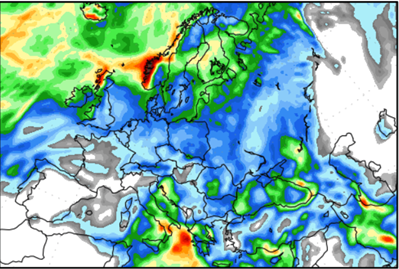