Lambs and sheep poured into yards last week in the east, with total throughput at levels rarely seen in April. Supply continued to pressure the market, with most price indicators losing more ground.

A 66% week-on-week increase in lamb saleyard throughput in the east was the standout figure for this week. A total of 236,602 lambs were yarded for the week ending the 16th of April, which does a lot to explain last weeks weaker market. All states contributed to the lift which saw total yardings 48% higher than the five-year seasonal average.

The spike in supply was especially present in Victoria where throughput was nearly double the normal level for this time of the year. In Tasmania, yardings were 151% above the five-year seasonal average.

The lift in sheep throughput was also extreme, up 104% on week earlier levels and 53% higher than the five-year seasonal average.

The number of lambs processed also surpassed the normal levels expected at this time of year, up 3% on the five-year average. Despite a 17% week-on-week lift in the number of sheep processed, total volumes were still 18% below average.

The Eastern States Trade Lamb Indicator lost 12¢ on the week to end at 804¢/kg cwt. In the West, recent gains were lost with the Western Australian Trade Lamb Indicator falling 58¢ to finish the week at 694¢/kg cwt. Merino lambs were the only National indicator to improve in this week’s market, gaining 12¢ to 762¢/kg cwt. The National Restocker Lamb Indicator fell 23¢, but in the southern states of Vic and SA, demand was strong for restocker type lambs, with the indicators improving 32¢ and 44¢ respectively.

There’s very little rain forecast for the weeks ahead. May to July rainfall is likely to be below average for parts of south-east Australia according to the BOM climate outlook. As outlined in the sheep/lamb analysis piece this week we are likely to see more lambs this winter than last, but it may not be enough to see prices fall in the winter, however it may stop them from rising to new record highs. 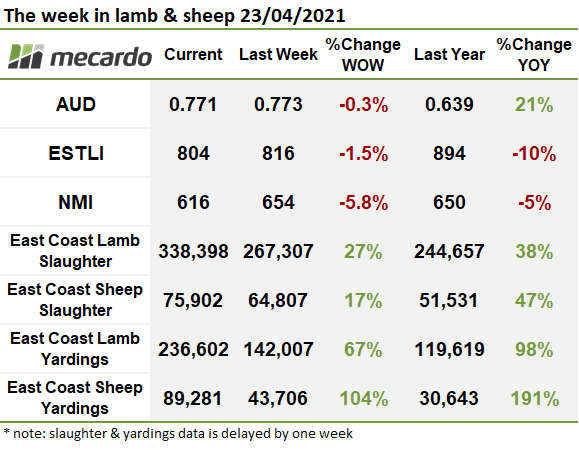 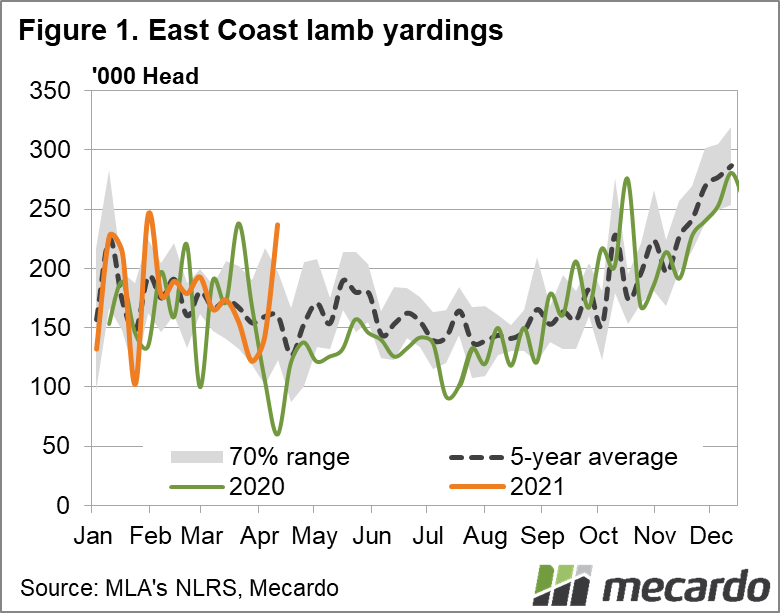 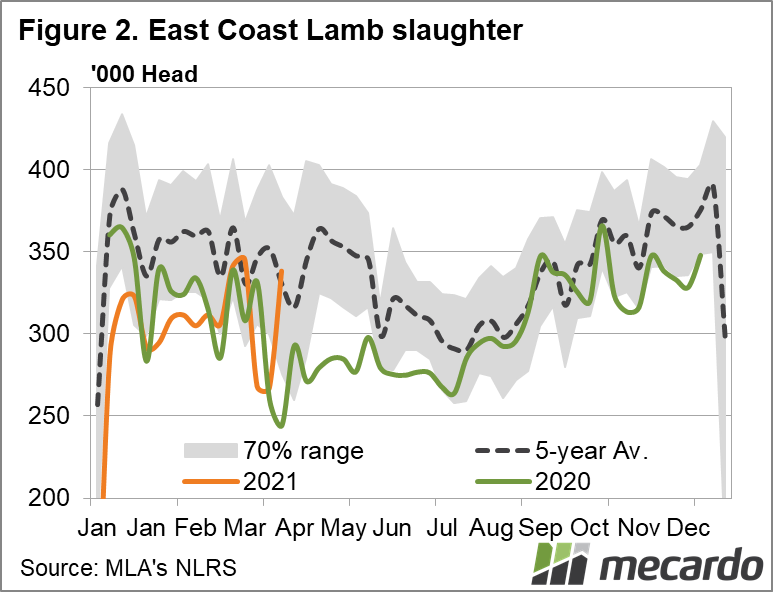