And we have prices!

While MLA’s COVID indicators have been a good substitute for our normal price data over the last few months, we’re happy to see the full suite of price indicators again. Now on the other side of the worst of the uncertainty (we hope), the before and after confirming prices have gained ground.

The last time we saw an official Eastern States Trade Lamb Indicator (ESTLI) was on the 25th of March where it was sitting at 873 ¢/kg cwt. Tracking the CV indicators over the last two months, and Mecardo’s theoretical ESTLI in Matt Dalgleish’s recent article (view here) we know tight supply has provided price support during demand uncertainty. Fast forward over two months and Figure 1 shows the ESTLI closing this week at 934 ¢/kg cwt, 7% higher than last reported. This is just 35 cents shy of where the theoretical model pinned the ESTLI the week prior.

Mutton has also come back with a bang. The National Mutton Indicator ended the week at 715 ¢/kg cwt, an impressive 128 ¢/kg higher than the same time last year (Figure 2).

Checking back in on the CV19 indicators for week on week comparison, the CV19 Mutton indicator rose 5% to $189/head. The restocker and processor lamb indicators didn’t perform as strongly, with both largely tracking sideways to end the week at $164/head and $222/head respectively.

Mutton prices at current levels have no doubt swayed some producers to sell. East coast sheep slaughter continued to lift last week, up 35% on the week prior. It’s now verging close to the lower end of the 70% normal range for this time of the season which is still 38% below last years levels (Figure 3). East coast lamb slaughter on the other hand has continued to hold stable with just a 3% decline on last week.

We aren’t too far from the record mutton prices recorded in mid March and we’re likely to get closer still. Looking at the rainfall forecast for the next few days is promising for those watching grass grow. Strong prices will continue to tempt sheep to slaughter, but we can’t see any big lift in volumes any time soon. 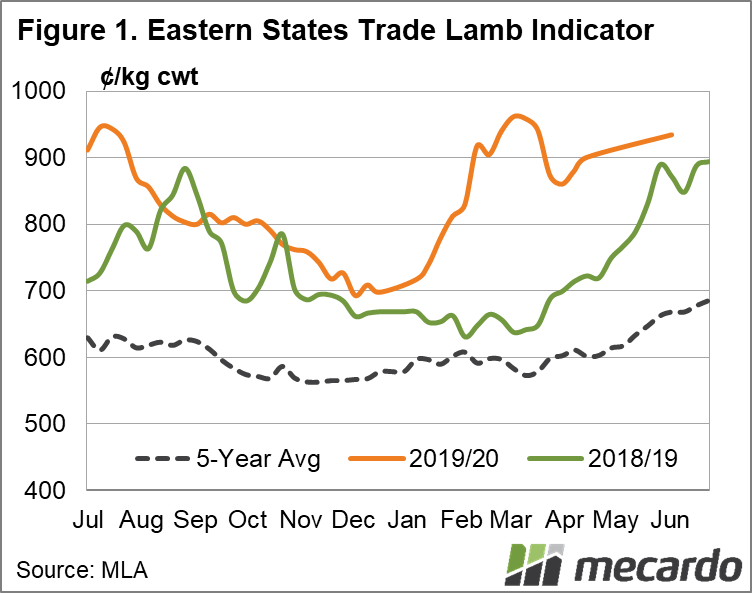 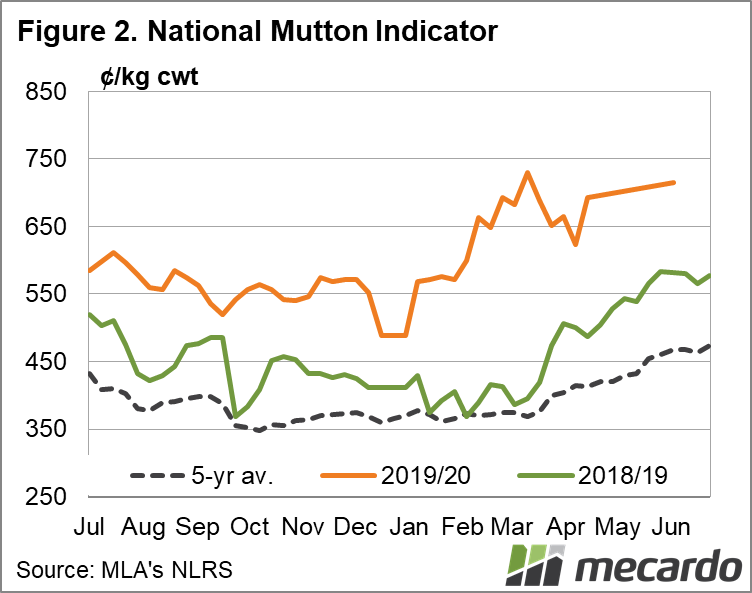 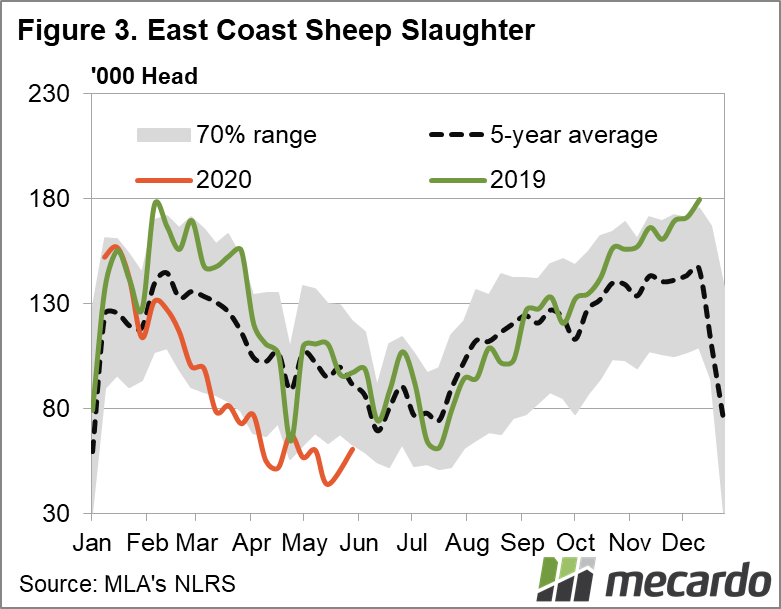