Another rush to market, and prices plunge.

The cattle markets have produced another downbeat week, with the EYCI plunging again, and processor and medium steers taking another dive. Yardings continue to rise faster than slaughter, and to cap it all off, the dollar is rising which is not promising for the export demand outlook.

Not surprisingly, the yardings numbers for last week racked up another solid increment of 14% compared to the prior week, with the selling pressure continuing to come out of QLD, which booked a 20% rise, followed by NSW, at 14%, and Vic at 7%. Clearly, some nervousness about a distinct lack of good rain in QLD might have some producers losing hope and making some difficult decisions, currently, the QLD government has pegged 67% of the state as drought declared.

Overall, yardings increased by 7,813 head compared to the week prior, with 62,788 cattle yarded on the east coast for the week ending 27th November; which is 22% below last year’s figures.

Slaughter saw a welcome increase last week, lifting 6% on the week prior, but not where it was needed in QLD where the selling pressure was building, instead in NSW, which booked a 24% increase, backed up with an 8% rise from VIC. Either way, given the price falls we saw last week, demand was still clearly too weak to stem the bleeding, and this week was obviously no different.

Overall, a total of 109,913 cattle were processed for the week ending the 27th November; which is 30% off the pace of last year.

Another gloomy week to report on for the categories, mainly for processor and medium steers, yet somehow, heavy steers missed out and climbed a tad against the trend. Processor and medium steer prices stopped just short of falling off a cliff this week, plunging 16¢ (-4%) and 18¢ (-5%) respectively to end the week at 401¢/kg lwt and 266¢/kg lwt.

The Aussie dollar has yet again strengthened against the US, up almost another 1% this week, to reach at 0.744US. 90CL US frozen cow prices have begun to feel the headwinds of the elevated dollar, and possibly reduced demand as inventories reach their desired level in the leadup to the thanksgiving holiday season. 90CL fell 10¢ (-1.5%) to finish close off at 645¢/kg swt. On the more bullish side, US wholesale beef prices are tracking at high levels, and retailer demand in the US on the approach to the holiday season was reportedly strong.

A respectable, though a bit meagre smattering of rain is expected to grace most the east coast over the next week, which might give some producers a little bit of confidence, and tone down the rush to the saleyards. Historically speaking, we usually see a stabilisation in yardings at this point of the year, and a bit of an uptick in slaughter, but given the solid price falls in the last couple weeks, and continued selling pressure in the new year as the country dries off, it would not be surprising to see another increase in numbers of cattle to market next week in an effort to capitalise on record prices before they drift away. 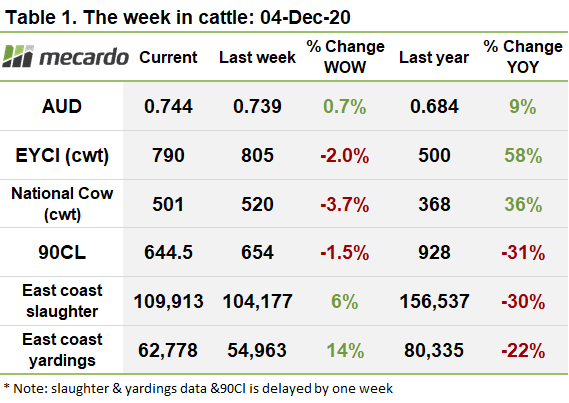 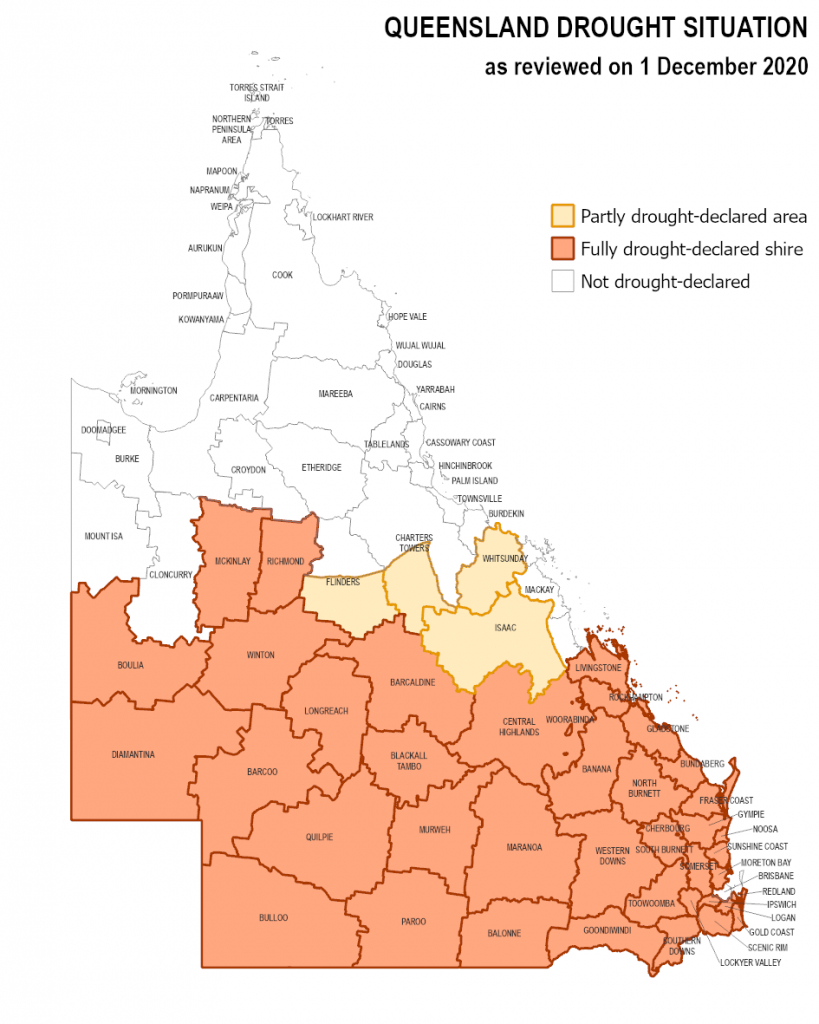