Merino wool prices have rebounded more strongly than most had expected from the pandemic induced lows of 2020. As earlier articles have noted, wool does not operate in a vacuum but in competition and cooperation with a wide range of other fibres. This article compares the performance of merino prices to the wider apparel fibre market.

Monitoring non-wool fibre prices does not necessarily tell us where wool prices are headed but it does help provide some context of why wool prices may have moved, and whether they are tracking the general path of apparel prices or not. If not, then the question is why?

Figure 1 shows a price series for the average merino price in US cents per kg terms from 1990 onwards, as well as an apparel fibre price index constructed from cotton, polyester staple, and acrylic staple and cellulosic prices. Weightings for these fibres are taken from The Fibre Year published data. The wool price is shown on the left hand axis and the apparel fibre price index on the right hand axis. The extraordinary spike in cotton prices in 2011, which dragged the apparel markets up generally, tends to skew the schematic and superficially reduce the correlation between the two series. There is a solid positive correlation between the merino and apparel fibre index through the 1990s, which drops away after the liquidation of the stockpile in 2001.

An alternate way to look at prices is to convert then to rolling five year percentiles for a direct comparison. This is done in Figure 3. In this comparison the June percentile ranks were very similar, where the apparel index rank has eased since March and the merino price rank has risen to meet it. From this perspective the merino price is “about right”.

From the perspective of the major apparel staple fibres, the average merino micron price (19 micron) looks to be fair value, which is around the 55th percentile ranking for the past five years. So it is neither cheap nor expensive. Unfortunately this does not tell us where prices will be come December, but it does flag that given the fair value nature of price levels there is little risk of fibre substitution eating into demand. 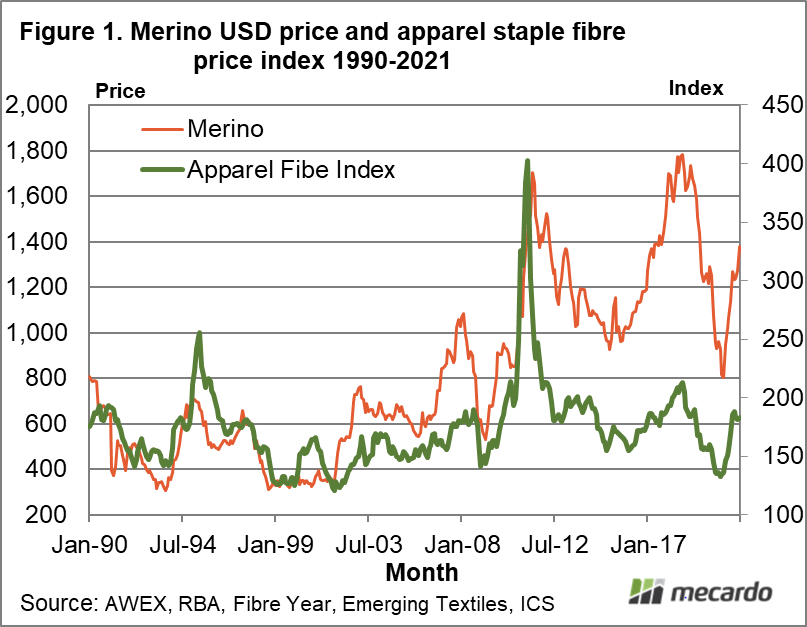 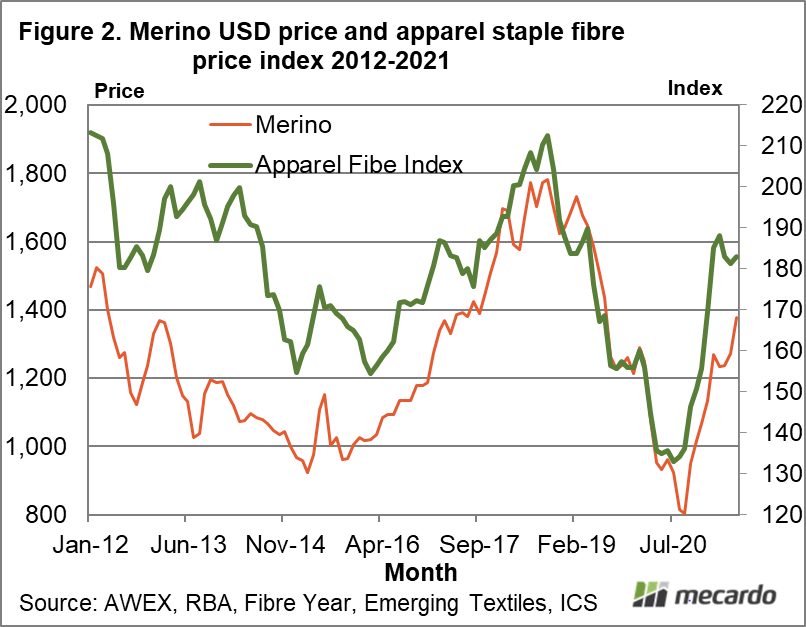 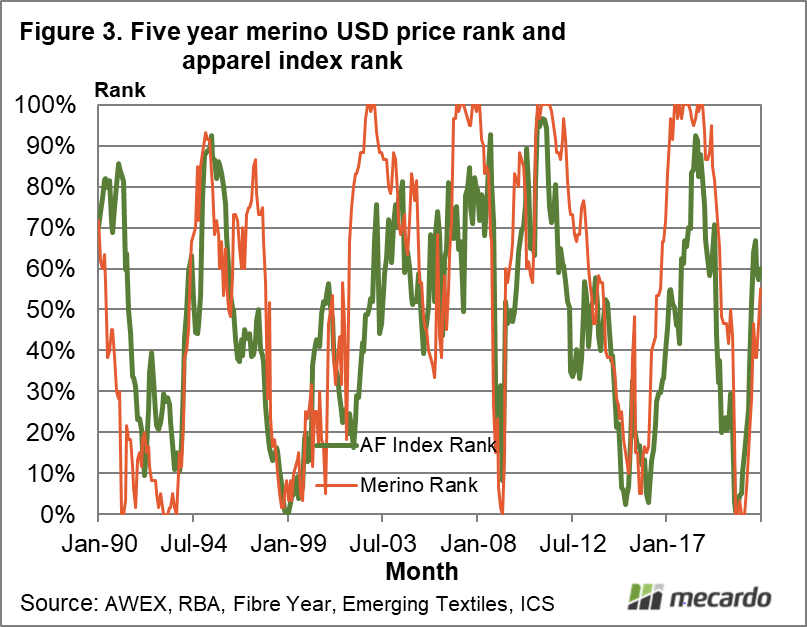