Australian spot wheat prices continue to inch upwards as booked loads containing some residual spot exposure within our congested shipping stem begin to emerge. Grain and oilseed markets remain volatile as markets wait with bated breath for every snippet of information about the continuing war in Ukraine.

The negative basis between Australian cash bids and nearby CBOT SRW has continued to close up as Aussie wheat prices catch to up on international prices. Aussie Geelong wheat is now running at only a $AU -114 discount to its overseas brother, SRW wheat, compared to $-200 only 10 days beforehand, and $AU -320 at its depth a fortnight ago. (figure 1)

CBOT wheat declined this week due to peace negotiations, and the market digesting the impact of Russian grain starting to flow out of the sea of Azov again. Overall, the wheat market has begun to consolidate its view on appropriate pricing levels given that the impact of the Ukraine War has been largely priced in now. Egypt, previously highly reliant on black sea wheat has signalled that it is considering purchases from India, Argentina and France, but is in no rush to procure, as it won’t be releasing tenders for some months yet. In the meantime it has been successfully receiving limited quantities of black sea grain.

The International Grains Council (IGC) has also upgraded India’s export volumes estimate by 2.7mmt(30%) to 11.6mmt. The Indian government has also reportedly been busy considering sending their product to Turkey, China and African nations, as phytosanitary considerations are less of an issue now in this high-priced environment.

Looking forward to next season, 2022/23 wheat on the CBOT DEC-23/ futures contract declined both in the US on CBOT and locally in Australia on the ASX, with ASX prices closing the week at $400/mt.

The narrative of the Chinese wheat crop struggling continues to be reiterated by official channels with Chinese premier Li Keqiang describing the northern wheat growing provinces as having “weak seedlings”. Given that it is not typical for the Chinese government to announce poor crop conditions, it is likely that the situation is potentially serious.

The barley market was more upbeat, with F1 barley bids ex Melbourne jumping 5% for the week to $349/mt while Kwinana advanced 2% to $332/mt.

The market will continue to react to news coming out of Ukraine as the situation continues to develop, and the only thing certain is continued uncertainty. On top of the conflict, weather and crop condition reactions can be expected, as eyes are focused on any news regarding poor US and Chinese wheat crop prospects. 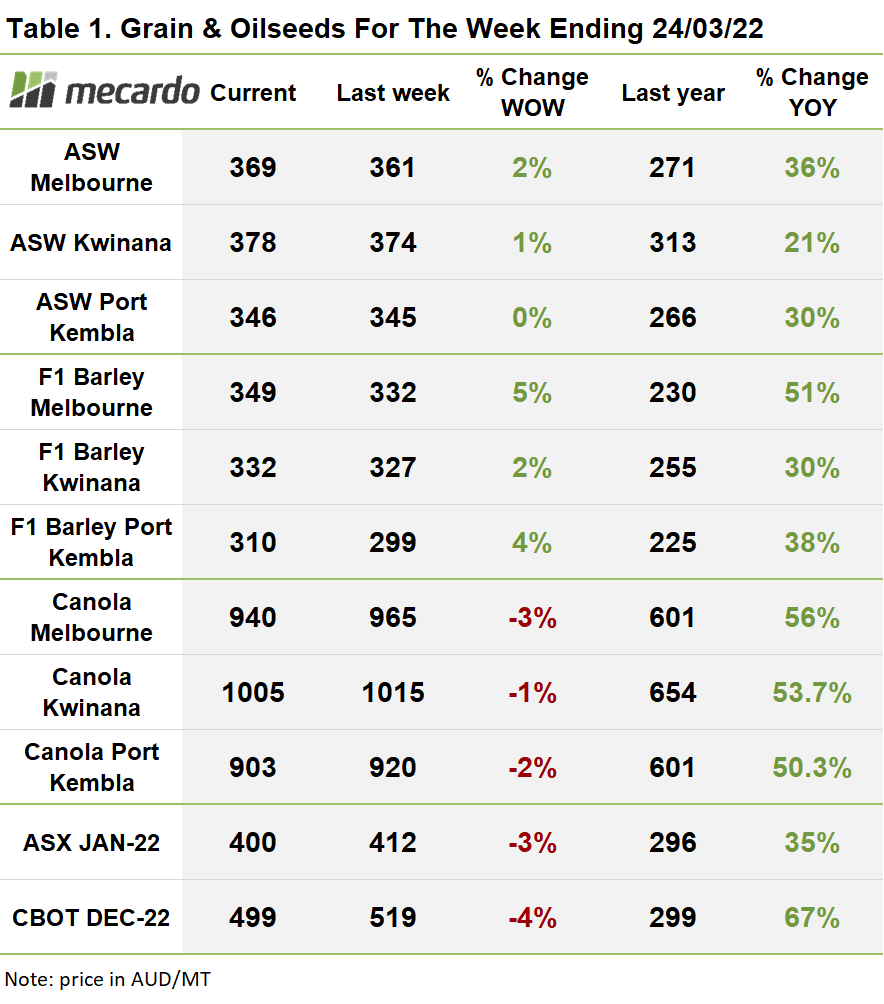 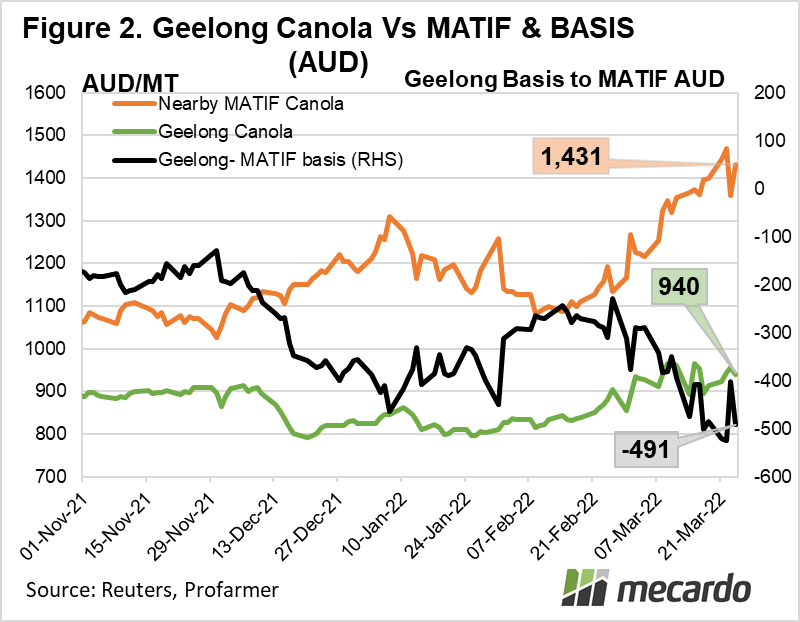