Surveys are on the mind at the moment, with the country filling out the Census on Tuesday. Census data won’t be available for 10 months, Australian Wool Innovation (AWI) and Meat & Livestock Australia (MLA) do much better with their June Wool and Sheepmeat survey, with the data released last week.

The AWI and MLA Wool and Sheepmeat survey gives us some key indications of how producers are reacting to changing price relativities, and of course seasons.  The number of breeding ewes on hand is a good indication of producer intentions in terms of production and flock size.

The June survey pegged ‘other’ breeding ewes at a new high. ‘Other’ breeding ewes are those which aren’t Merino. The biggest contributors are composites and first cross ewes, making up 37% and 32% of the category respectively.  Dual purpose, pure meat, shedding make up most of the rest.

Figure 1 shows declining Merino ewes for joining to Merino Rams, down 3% on June last year.  Merinos for other rams were down 10%, with the total 5% lower. The fall in Merinos was made up by other ewes, which were 21.5% higher.  This added over 2 million head of largely meat sheep to the flock, at the expense of 1.6 million Merinos.  It would seem the low wool prices relative to lamb prices continued to swing flock structure in the first half of 2021.

The changes in the ewe flock were bourne out in the lambs marked numbers. In the four months to June there were 17% fewer Merino lambs marked, but 23% more other lambs. The total was up just 1%.

Rising ‘other’ lamb numbers were driven by more ewes joined, and also better marking rates. Figure 3 shows ‘other’ marking rates at 107%, up from 100% last June. Merino marking rates of 94% matched their previous best, from back in October 2015.

We can see in figure 2 that despite the large shifts in lambs marked for Merino and ‘other’ sheep, it’s not going to be the deciding factor in lamb supplies. We’ll have to wait for October numbers to see that.

Something we can take out of the June survey data is that there will be more lambs for slaughter late in winter and early in spring, with ‘other’ lambs more likely to hit the market earlier than Merinos.  With a jump in ‘other’ ewe numbers, we are likely to see an increase in lambs marked in the October survey as well.  Not great for prices in spring and summer. 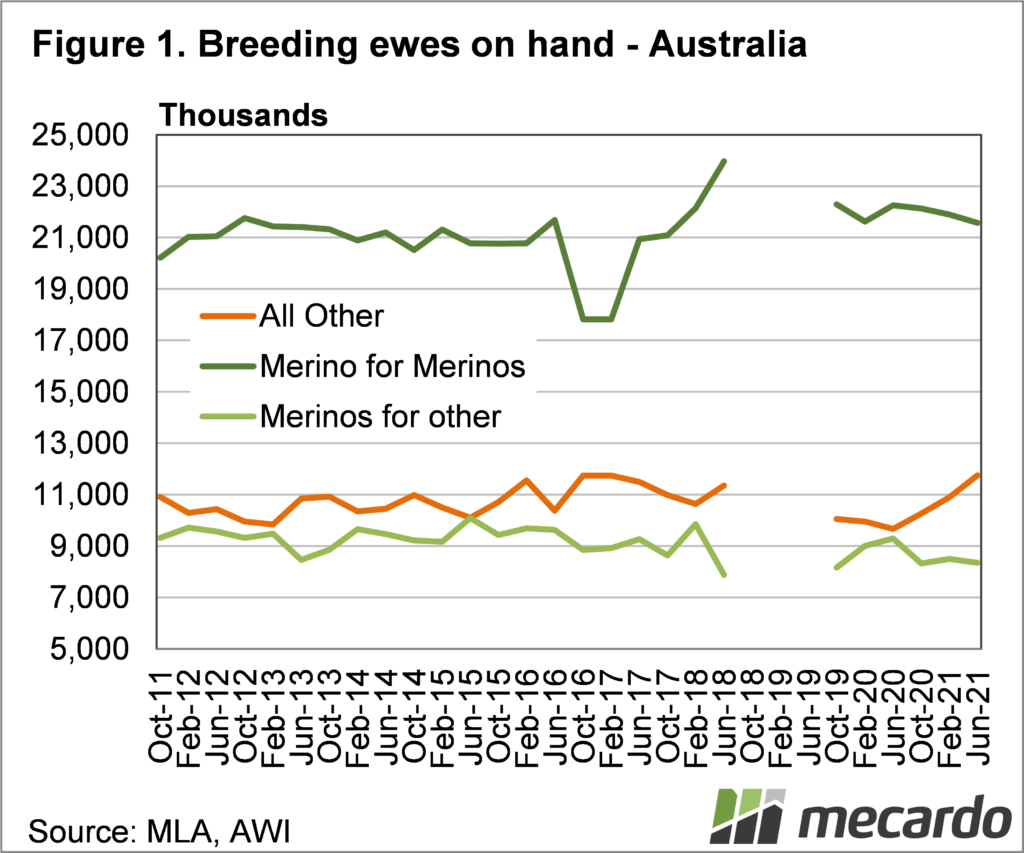 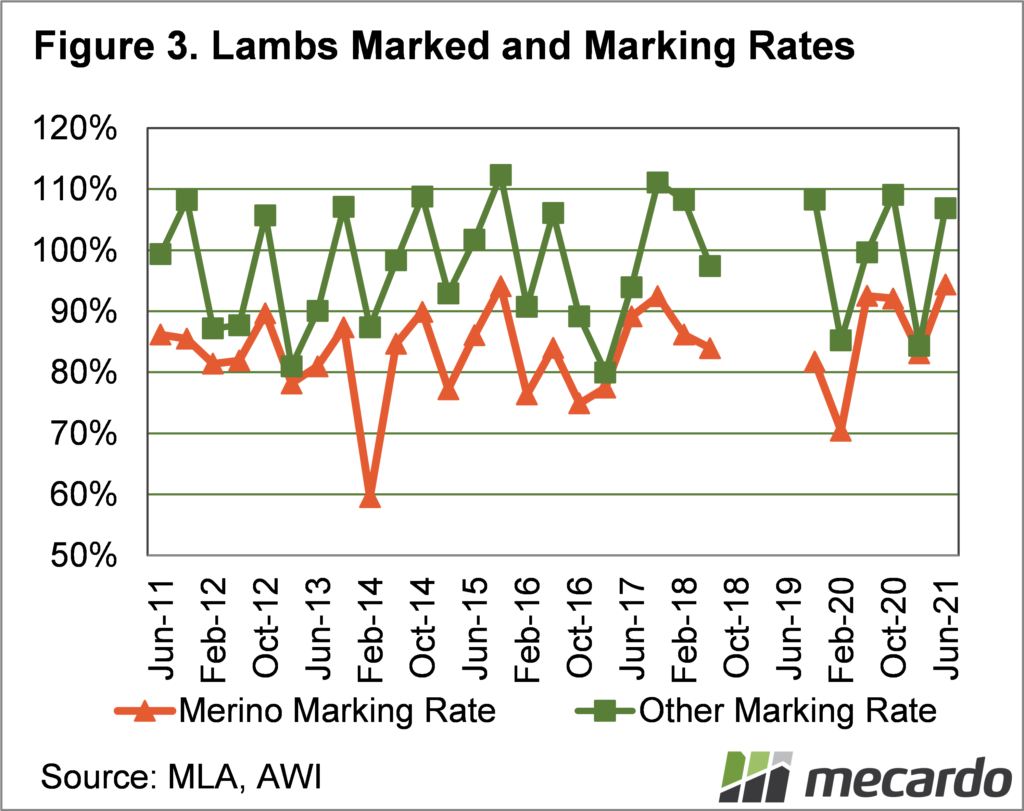