The AWTA provides monthly volume data which captures most of the wool produced and sold in Australia, thereby providing an excellent measure of production. This article looks at the latest AWTA wool volume data to August.

As in previous articles Mecardo needs to mention the source of the data used in this article and its availability to anyone with access to a web browser, can be found here. The information provided by the AWTA is a valuable public good, in a world where much data is privatised.

Figure 1 shows the year on year change in volumes by micron category for eastern and Western Australia, for the three months to August. The data is smoothed by using the three month period to iron out variations or “noise” in the data caused by short term factors such as rainfall interrupting the flow of wool from sheep to store or varying numbers of wool sales.

As has been the case for the past year the supply of 16 micron and finer wool continues to shrink, a consequence of good back to back seasons (in the main) following a multi-year drought in eastern Australia. Increased sheep numbers and improved clean fleece weights (which go with broader wool) are combining to boost the main merino micron categories (18 to 20 micron) quite strongly. The broader merino category volumes continue to rise strongly, benefiting from a continued broadening of the merino clip (albeit at a slowing rate). Crossbred volumes are also on the rise, adding an extra issue to an already troubled section of the greasy wool market. Overall the volume in eastern Australia was up 39% for the June to August period and up 41% in Western Australia (as measured by farm bales).

The supply pressure which helped lift the micron premiums for fine wool, continues (at a lower level) for sub-17 micron merino wool. The pressure remains in broad merino wool, so the gap between the 21 micron and 19 micron categories is set to remain wide for the time being. Crossbred prices, which continue to struggle, have plenty of supply coming into the market so there is no respite coming from the supply side of the market. 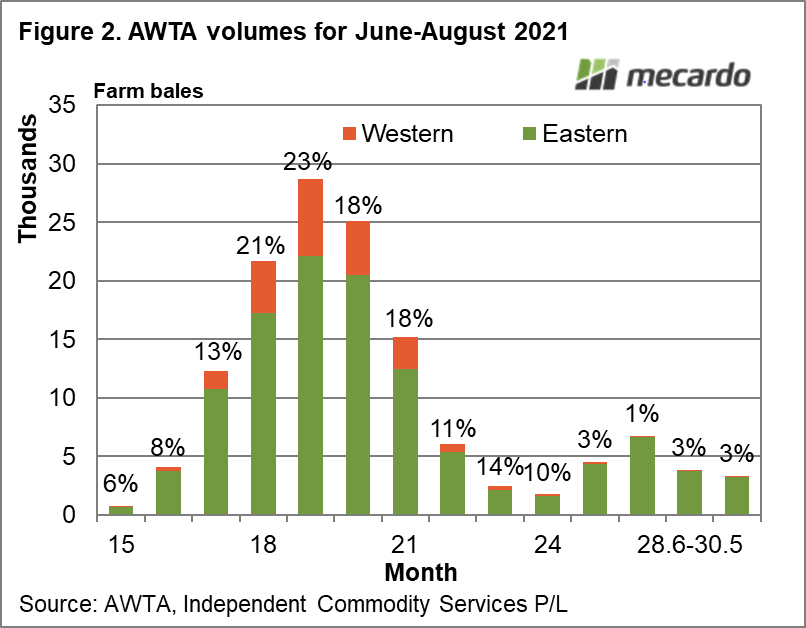 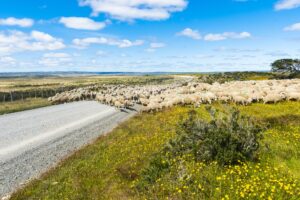 In recent articles Mecardo has looked at the merino clips of New Zealand and South Africa. The theme is continued in this article with a South African sales are scheduled to re-start wool auctions for the season this week, although the ban by China on South African wool imports due