South Australia is the only major crop producing area in Australia which does not allow the commercial production of GM crops. We were tasked by the industry with answering the question:

”Does the GM moratorium, provide a premium price to South Australian farmers?”

The debate on GM crops has been running for most of the decade, and has caused a great deal of consternation among many in the agricultural community.

In reference to this topic, SA premier Jay Weatherill, commented in 2017, “The truth is there are not a lot of votes in country South Australia for us”. An extract from this interview can be seen in the video below:

“The current moratorium has provided a significant price premium for our state’s farmers compared to other states”.

“Anecdotally, we know there are producers here in South Australia who are getting a premium for their GM-free produce. I have spoken to Viterra and grain producers”.

It is important to provide stakeholders with data driven evidence to ensure that government decisions are not made by anecdotes, but by facts.

In order to inject a level of balance into the discussion, we were commissioned to produce a data driven analysis of the presumed trade and marketing premiums achieved by farmers through the South Australian moratorium on the commercial cultivation of genetically modified (GM) crops.

In our in-depth analysis, we determined that the majority of farmers in South Australia, when compared on an ‘apples for apples’ basis did not receive any substantive premium as a result of the GM moratorium. Our analysis included wheat, barley, canola, pork, wine grapes, wool, cattle & sheep meat. This exhaustive list of commodities makes up the majority of South Australia’s agricultural economy.

This analysis shows that due to the lack of premium, against states commercially cultivating GM crops that there is no evidence of substantive premiums to growers as a result of the moratorium.

We have heard a number of arguments relating to the analysis:

We should compare GM to Non-GM to see the premium.

This is a furphy, to compare Non-GM to GM in another state is not an analogous comparison. The fact that states growing GM crops, have Non-GM canola trading at a premium to South Australian non-GM is evidence of successful co-existence.

The discount in SA is only small.

The main point is that there is no evidence of a substantive premium to producers in the state. Therefore an agronomic tool is removed, without any corresponding premium.

The purpose of this analysis was to determine the extent of the benefit of the GM moratorium to South Australian farmers.  There may well a premium for manufacturers, but is this benefitting the farming community?

In our view, the debate has been settled on the premiums resulting from the moratorium. The moratorium is likely to be in place until 2025, in which time producers will not have access to current GM tools, and future developments such as omega oil canola.

Let us know what you think of the GM moratorium below, and click the link below to read our analysis report:

Analysis of price premiums under the South Australian GM moratorium 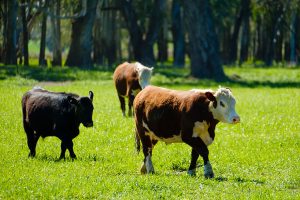 Volatility not being kind to lotfeeders

The last time we looked at lotfeeder margins was pre-COVID-19, or at least in Australia. Since then, we have seen dire predictions for cattle prices

Look at them go

A good winter outlook, moisture in the soil and the lowest yarding levels all season have seen cattle prices hold ground this week for most 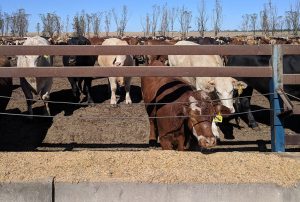 We knew when the rain came cattle on feed numbers would decline, and decline they have. No doubt the COVID-19 crisis has helped decrease the 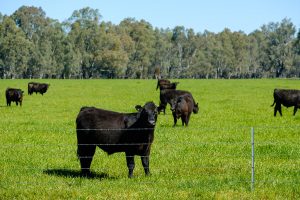 Join the Mecardo team for the Commodity Conversations podcast, where we provide short weekly market recaps and longer conversations with guests to discuss the issues affecting the agricultural industry.

In this report for LiveCorp and MLA, we consulted with stakeholders in the sheep supply chain to identify the impact of the moratorium on the live sheep export trade.