Beef exports ramped up in line with the seasonal trend in February but remained well below last year’s levels. There were some interesting shifts in destinations, however, with competition for Aussie beef remaining very strong.

Increasing slaughter rates in February fed into higher export volumes, with figure 1 showing total beef exports increasing 37%.  Compared to last year beef exports were down 11% however and apart from January, it was the lowest export month since the late 90s.

At a destination level, it was China that bucked the lower trend.  Just 1% less beef was exported to China in February compared to last year.  China also took the title as second largest market, surpassing South Korea and the US, at least for a month.  The 11,531 tonnes exported to China is paltry however, compared to the peaks of over 30,000 tonnes seen back in 2019.

Japan remained our largest beef export market, taking 9% less than last year, but still accounting for 27% of export volume (figure 2).  As we know from the numbers of cattle on feed, there are still plenty of cattle going through feedlots, maintaining the supply of beef for export to Japan.

Beef exports to the US have rarely fallen below 10,000 tonnes over the last 20 years, but it happened six times in the last two years.  Low volumes of manufacturing beef comes with a herd rebuild, with fewer cows being killed to go to the US for burgers.

It’s interesting to see exports to ‘other’ markets still running strong, at 5,835 tonnes in February.  ‘Other’ markets are all the ones taking less than 500 tonnes a month, but together they make up a significant portion of the market.

In 2007 Japan, the US and Korea made up 87% of Australia’s beef exports.  For the first two months of 2022 those three countries took just 60% of exports.  The diversification of markets is good for cattle markets, and bodes well for the time when cattle numbers recover and more beef is available.

Last week we looked at beef export prices, which have been ramping up early in the year, and weak volumes are just adding to that pressure.  Despite a number of beef processors being banned by China, they have taken the second most beef for the year.

The beef export figures again show solid support for Australian beef and cattle prices.  There is plenty of room for export to increase, without a huge impact on prices. 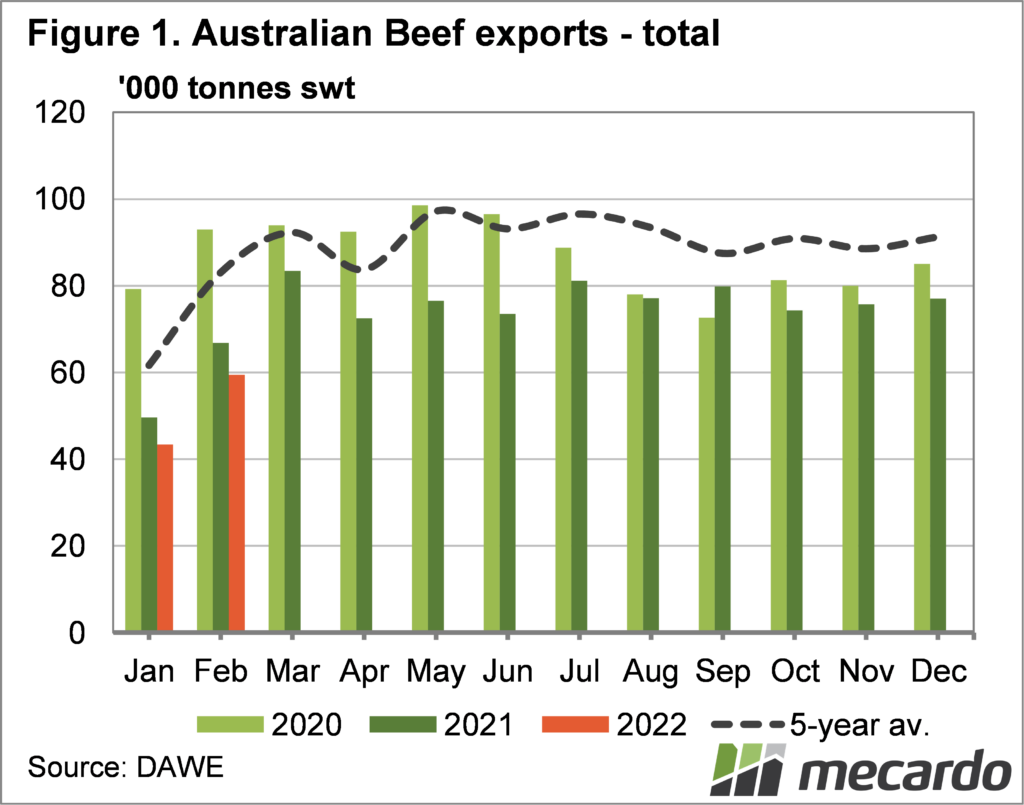 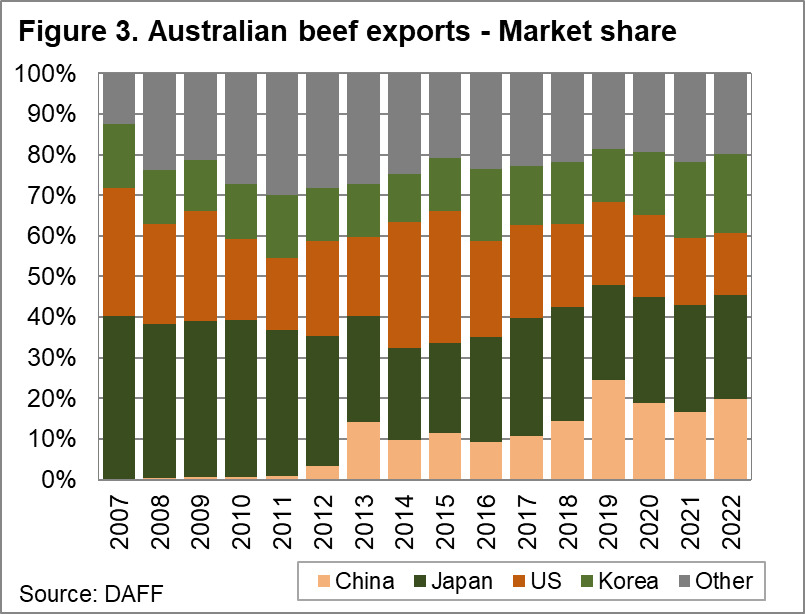