Interesting that the global wheat market is focused on potential production problems next year, and seemingly forgetting about the record 773mmt crop this year. We are starting to see a few early estimates of what the new season Russian winter wheat crop ‘might’ look like - a few analysts proposing a 10-12mmt drop in production. It seems early to be cutting production, but this is what analysts do. Russian planting pace is at 86% complete and without rain, the question remains, will the remaining ar-ea get planted?

Cash prices in Russia are at an all-time record.  There is a solid export program booked but the farmer remains a reluctant seller.  It’s not a greed factor, but more of a concern around cash flow and on-going dry conditions.  No-one likes to sell if it’s dry, regardless of whether the grain is in the bin or not.

There are other factors at play.  It is dry in the US Plains ahead of their winter wheat planting program. No rain has been observed through much of Kansas and Oklahoma for the past 30 days and time is running out for the crop to become established ahead of dormancy.  Argentina is not out of the woods either.  You also have a tight soybean balance sheet and an emerging story about very tight corn reserves in China.  All of this is putting heat in the market, despite the fact that supplies (with the exception of beans) are relatively plentiful.

Then we throw in La Niña for good measure.  In Australia, we know that La Niña is meant to bring wetter than average conditions along the East Coast.  The Bureau of Meteorology has already raised the expectations of more cyclones and tropical depressions to form and impact Australia.

A La Niña in the Western Hemisphere is a different beast.  It traditionally brings drier than average conditions in the US and South America.  It is possible that we are already seeing evidence of weather symptomatic of a La Niña in these areas.  This will be scrutinised heavily over the next 6 months, with the weather pattern expected to stick around deep into the New Year.  Given how tight soybean stocks are, this will place a huge emphasis on the Brazilian bean crop going forward.

While the context of this article sounds bullish, we are one good rainfall away from it being a distant memory.  Without a rain, especially in the southern Black Sea regions, we could see a FOB market roar back into life.

Forecast rain in the Black Sea will hold all the answers to price direction going forward. 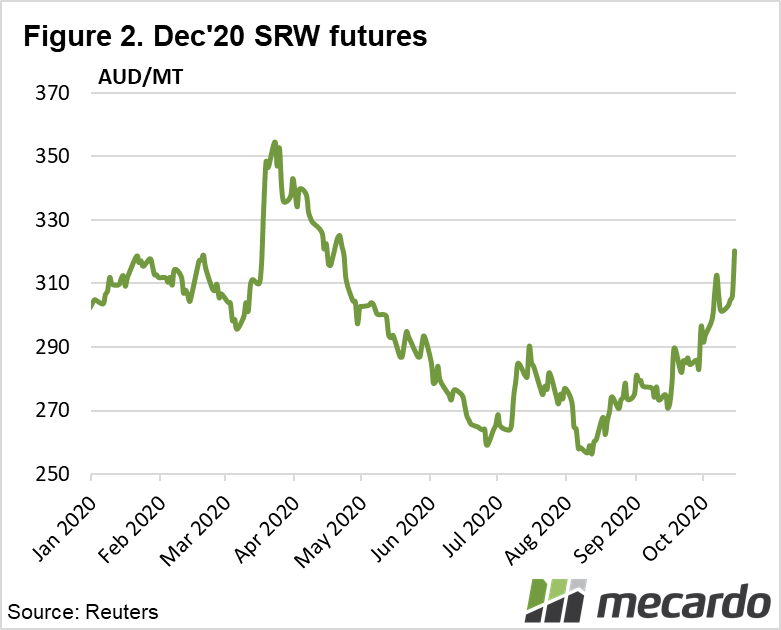