New season lambs are now fronting up in the south and are starting to dominate the yards. They were met with a more confident market this week with restocker lambs the hot commodity and driving a price bounce in all indicators.

For the week ending the 21st of August, east coast lamb slaughter was back 2% on the week prior thanks to 5k fewer processed in Victoria. 292,582 lambs were killed, which is 6% under the seasonal 5-year average. Some of the space was filled up with a 5% lift in sheep slaughter, driven by NSW, VIC and SA.

Saleyards were busy right across the east coast. Lamb yardings lifted 27% to see throughput of 150,150 on the east coast. Victoria saw a 92% increase in yardings week on week with 30,472 lambs yarded. New season lambs are popping up in greater numbers and slightly earlier than normal, with last week’s lamb throughput higher than the 5-year seasonal average for this time of year. The lift in sheep yarding’s was even more significant, up 60% from the levels of the week prior.

The Eastern States Trade Lamb Indicator (ESTLI) received a welcome boost of 29¢ on the week. It wasn’t enough to make up for last week’s losses though, with the ESTLI sitting at 669¢/kg cwt on Thursday. Over in the west, the market continued to fall. Trade lambs lost 61¢ on the week with the indicator now at 618¢/kg cwt and about 50¢ cheaper than the eastern counterpart.

Restocked lambs were driving the market in the east, after some good rain over the weekend in the south. The east coast Restocker Lamb Indicator gained a whopping 140¢ to 860¢/kg, making it the only eastern indicator that is higher than it was at the same time last year. The divide between restockers and trade lambs is now at just under 200¢.

The rebound in mutton prices was a noteworthy 25¢ rise week on week to see the National Mutton Indicator at 549¢/kg. In Victoria and WA, mutton is still more expensive than the same time last year.

Saleyards noted that reduced supply was the driver of this week’s modest price bounce. Spring is upon us though, and we all know what that brings. The early falls to date may provide some buffer against the usual price decline, however, the continued strengthening of the AUD doesn’t help our export markets. 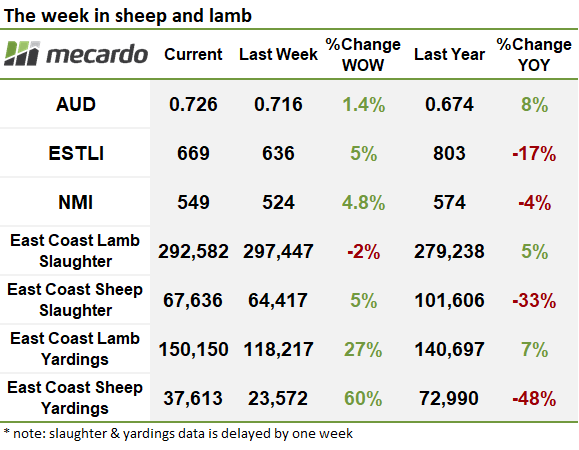 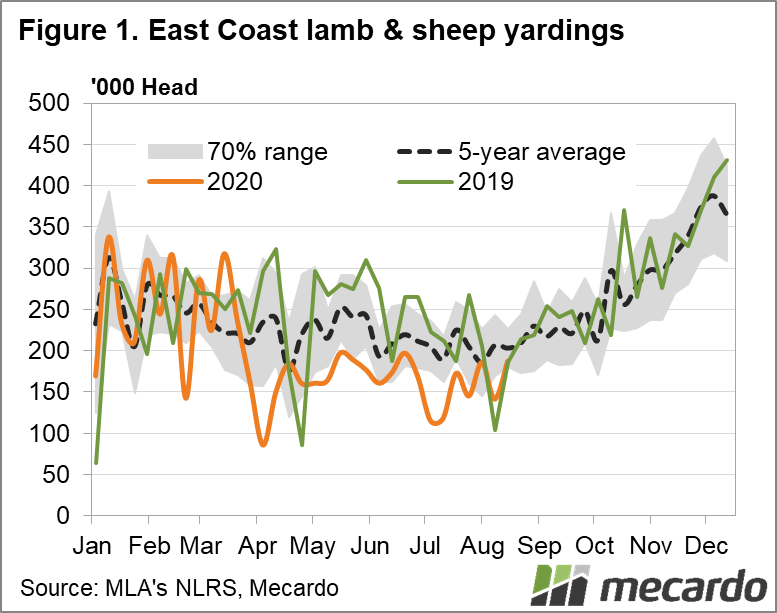 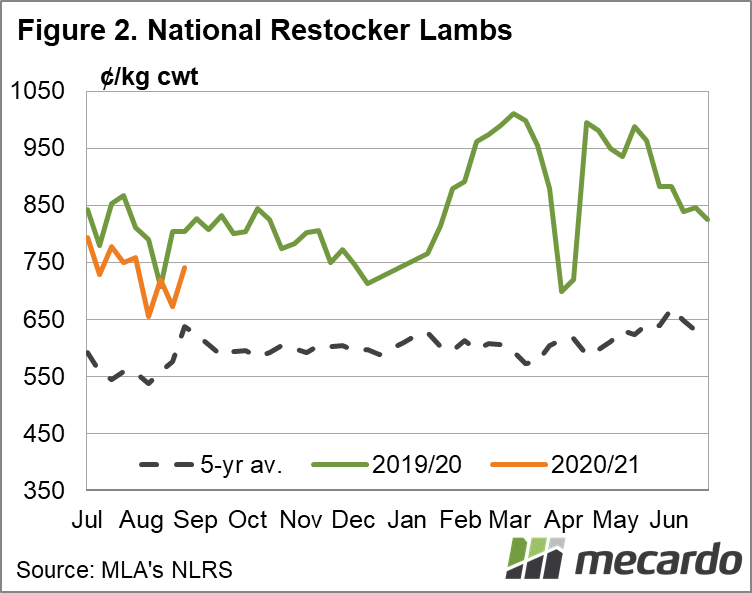