After the early year rally, the young cattle market has shown some signs of weakness. It shouldn’t be surprising, we know how far in front of the international market the Eastern Young Cattle Indicator (EYCI) is. Here we look at historical early year trends, and look to see if it gives us a template for the rest of the year.

The EYCI is the main indicator of young cattle prices, it covers the most cattle and area of all cattle indicators.  Figure 1 shows that the last three weeks has seen the EYCI have its largest fall since the upward trend started in January 2020.

Technically, the EYCI is not in a downtrend yet, but the top is looking a lot like a head, which when the market falls, is followed by shoulders and a continued downward trend.

Of main concern will be the years of 2012 and 2017.  In those years the EYCI started with a small decline, which grew to 15 and 11% respectively from February to December.  Both were after a period of strong increases or sustained peaks.

Both those previous strong price declines were also followed by another year of price falls, but they were small in comparison.

Last week’s article looked at the EYCI premium to the 90CL Frozen Cow indicator, and came to the conclusion that if supply is going to rise as expected, the EYCI will have to fall.  The question is when.  The best-case scenario for prices this year appears to be steady, but the worst case isn’t disastrous.

A 15% price decline from here would still have the EYCI at 957¢, a level undreamed of a year and a half ago.  A fall of this magnitude would be terrible for those trading expensive cattle, but for those producing calves business will still be very good. 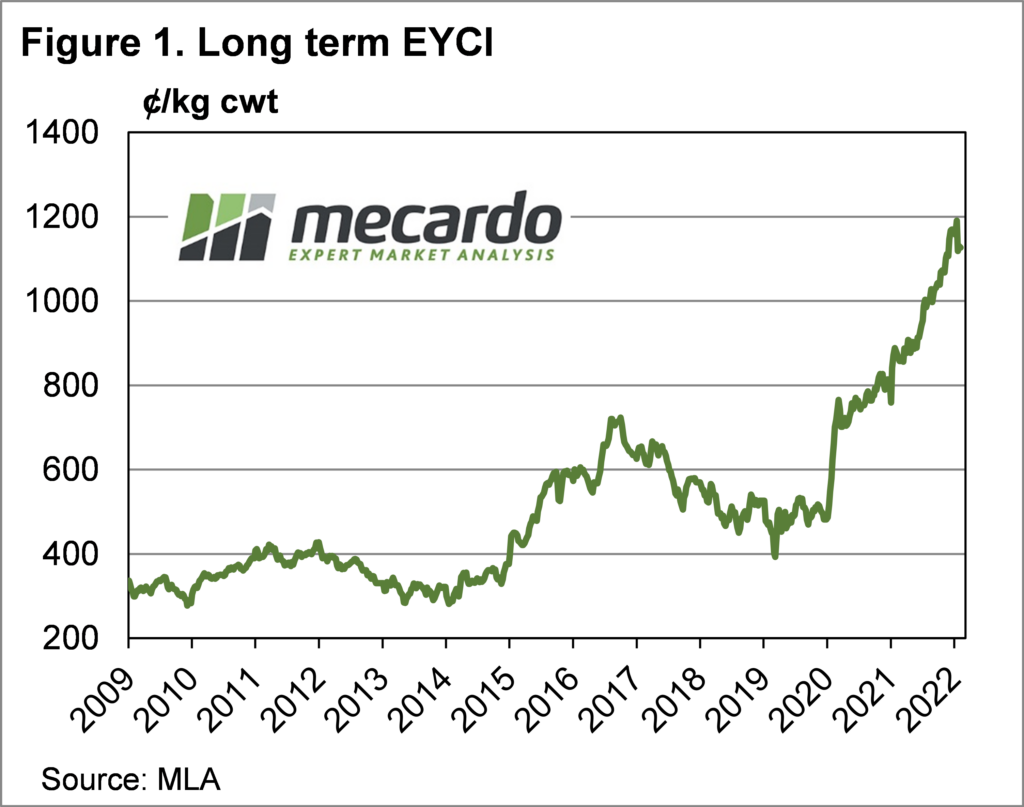 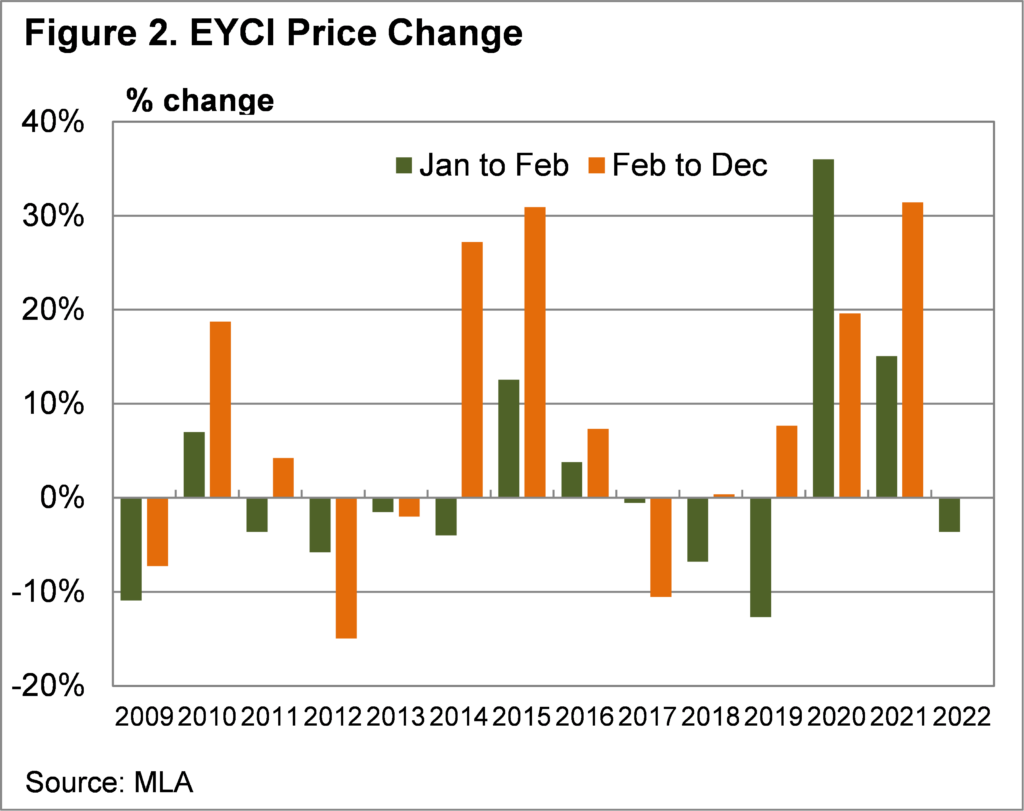