Hot and dry weather across the Canadian prairies, the heartland of canola production, has caused significant deterioration in the condition of the Canadian canola crop. With production expected to be lowered from the current 20mmt estimate, ICE canola futures have been given a push upward.

ICE Canola prices have climbed over 15% since the start of July, reaching a peak of $780 CAD, equating to $1,048 AUD, yesterday. Paris MATIF rapeseed prices caught some of the uplift, putting on around 7% over the last week, to achieve a price of 644 euros, or $865 AUD/tonne (Figure 1)

The weather in the Canadian prairies has been unseasonably hot and dry over recent weeks, with canola crops suffering as a result. The unusually hot conditions are causing the crop maturity cycle to be accelerated, with crops shorter than usual in many cases, and in some instances, entering blooming phases much earlier than would be optimal. Canola is most sensitive to insufficient moisture during this critical phase.

Canadian canola was planted over the last couple months, in May to early June, and is currently progressing through the critical bloom and podfill stage, which typically concludes by August. To illustrate how dire the situation is, the Agriculture and Agri-food drought monitor has large swathes of southern Canada assessed as abnormally dry, with the moisture deficit issues most pronounced in Manitoba (Figure 3).

It looks like the Canadian canola crop is unlikely to receive a reprieve from the punishing conditions in the near term. The weather forecast for Saskatoon, Saskatchewan is expected to be very hot over the next week, ranging between 30 and 34 degrees, and in addition, forecasts from the NCEP indicate that cumulative precipitation is expected to be well below normal.

The hot weather and lack of rainfall also increases pest pressures on the crop, as it has the effect of also speeding insect development in the field.  Reports of significant issues in Manitoba, which normally represents 16% of Canadian production have already begun filtering through. While pest pressure is nothing new, it represents yet another challenge for Canadian producers to contend with on top of an already stressed crop.

With expectations of a smaller Canadian canola crop as a result of the unseasonably hot weather in the Canadian prairies, world supply has likely tightened, sending canola prices higher. With more hot weather forecast across the prairies, and little rainfall on the horizon, a significant risk exists that more crop damage may be endured, and substantial yield and production estimate downgrades will occur, sending prices higher still if the market has not already priced this in. 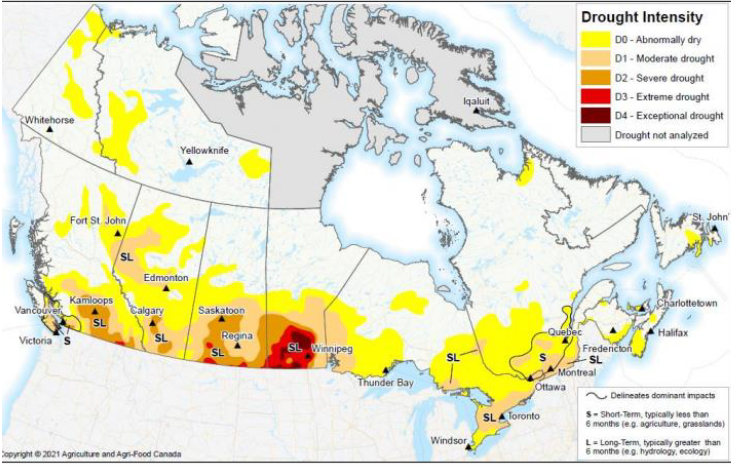 As farmers pick up the harvest pace (finally) they are having to contend with longer queue’s and longer waiting times. All because of falling numbers. 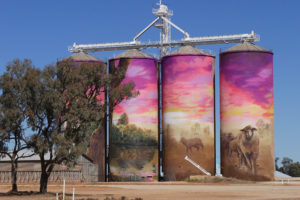 The quality profile of Australian grain is firmly in the spotlight. It had been assumed that the Aussie crop would carry the worlds milling wheat

What have Guns ‘n’ Roses got to do with a delayed harvest? Following from last week’s USDA report, the wheat market has continued to edge higher. Russia’s proposal to place export quotas on wheat by Jan next