The massive winter crop harvest is close to finished, with a few very heavy delivery weeks in December and early January breaking the back of the crop. Now with traders back on deck, we take a look at price and basis trends.

The last time we looked at harvest progress was during the wet November when just under 4mmt had been delivered to Graincorp.  Figure 1 shows that during December and early January Graincorp receivals averaged 1.97mmt, before slowing last week as the last crops were harvested.

Graincorp receivals have now eclipsed last year’s crop but are still behind the final receival figure of the record set in 2010/11.  It’s safe to say that harvest pressure is all but over, so it’s time to have a look at whether prices have reacted.

There was a component of international markets falling in the wheat decline.  Figure 2 shows CBOT SRW Futures lost $45, with the extra $35 decline in local markets being weakening basis. Growers seem to have chased the wheat market lower, as high supply and historically high prices encouraged selling.

Canola prices also tanked as harvest came in a rush, but they, at least, have regained much of the lost ground.  Figure 3 shows Canola at Geelong falling to $805 in December, but was back to $860 yesterday.

Internationally spot canola futures are crazy expensive. Matif February Rapeseed was over $1300/t in our terms last week and ICE Canola over $1100/t.  However, our prices seem to have reverted to international new crop values, which are around $900/t in both markets.

Canola values are now back to where you might expect, as prices are generally priced relative to northern hemisphere new crop prices at this time of year.  For those who held through the fall, much of the gains have been made back, and we are again relying on international markets for upside.

For wheat, especially milling grades, there could be some basis improvement in the coming months, as our wheat is highly discounted in international markets.  Feed grades will remain discounted to milling wheat, but could also find some strength as harvest selling abates. 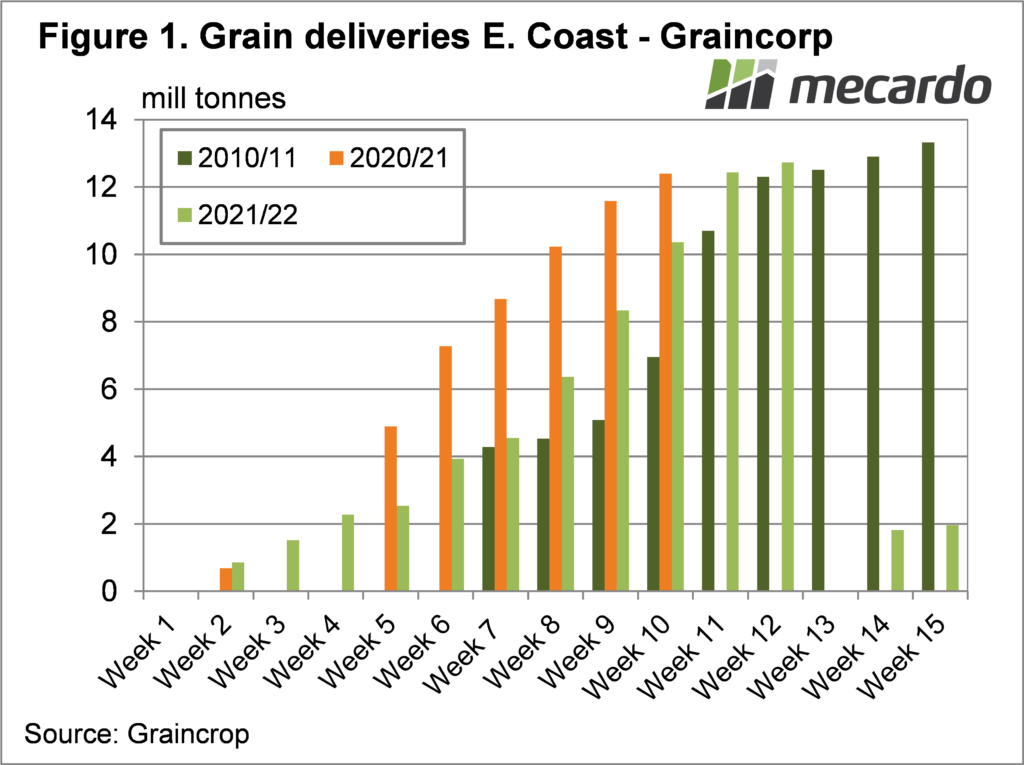 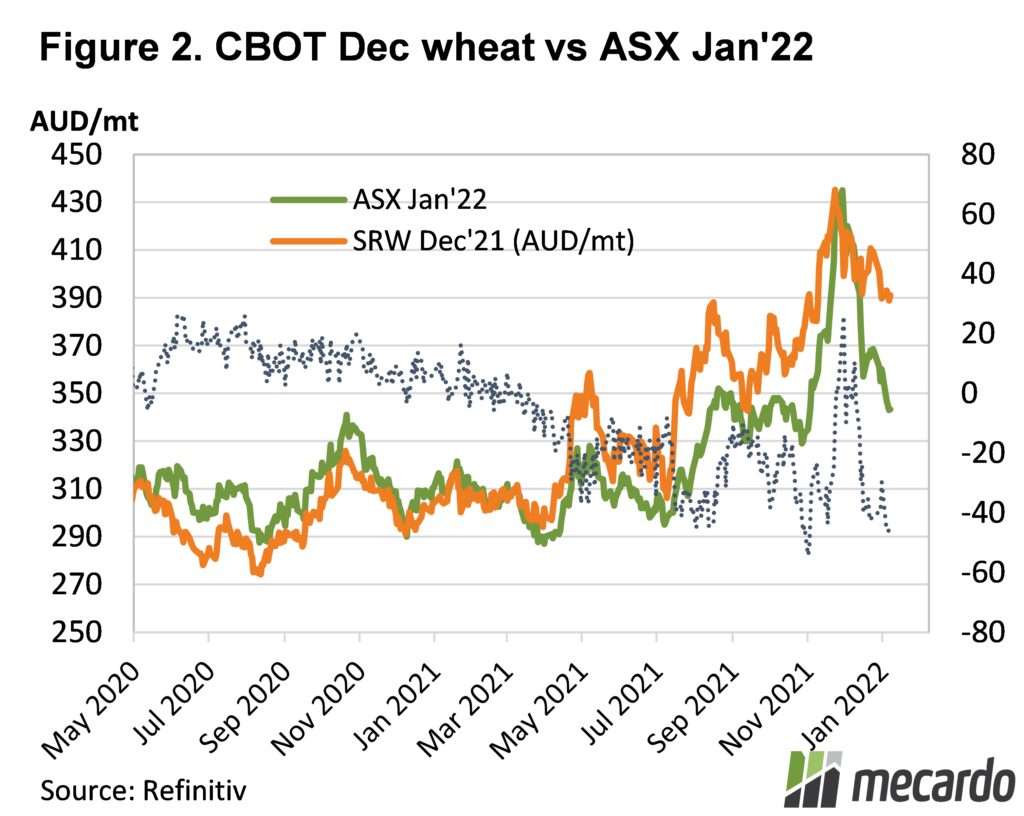 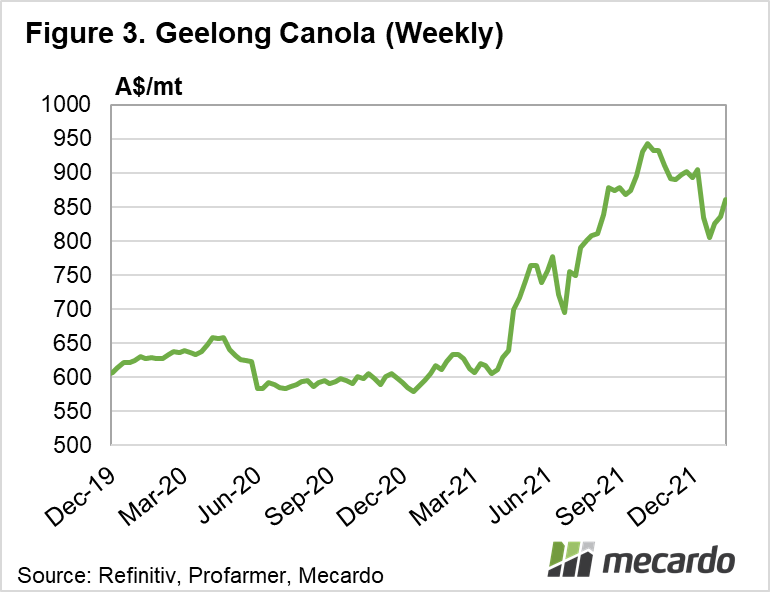