Traditionally fibre diameter has not played a great role in the makeup of cardings prices, with bulk, colour and vegetable fault the big drivers. In the time of COVID this has certainly changed for merino cardings, which this article looks at.

The AWEX Merino cardings (MC) indicator  is made up of a mix of locks and crutchings on the broader side of the merino micron distribution. The use of broader micron wool originally matched the production profile of the merino clip with the added factor that fibre diameter was of little matter to cardings prices. Figure 1 shows a monthly average of the AWEX eastern MC indicator, along with a 20.5 micron average merino crutching and locks series, with the 28 micron crossbred average locks and crutchings added. In the 1980s the AWC reported a cardings indicator for the merino clip and one for the crossbred clip. As Figure 1 shows the price levels for merino and crossbred cardings are markedly different, hence the two cardings series published by the AWC.

Since spring 2020 the gap in price between the 16.5 and 20.5 micron cardings series has widened and stayed wide, reflecting the large premiums seen in the combing categories.

In Figure 3 the difference in price between three fine cardings series and the base 20.5 micron series is shown, from 2000 onwards. This schematic illustrates the widening of these premiums to extreme levels. Such extreme premiums are likely to exhibit some volatility, which they did last week with some (not all) of the premiums falling sharply.

Why spend time on wool categories which make up 5% of the clip on a clean basis and around half of that by value? Cardings are the lower value categories in the wool market and as such provide a defined lower limit on the market (in practice it is messier than this with the presence of stains, jowls, kemp and heavy vegetable fault). So, if the structure of this edge of the market has changed it is worthy of some study as it will mean changes to the discounts given to lower specifications in the more valuable categories.

If you have a fine merino clip then you will have fine cardings (as a rule of thumb the locks will be in the order of a micron finer than the fleece and crutchings will be about the same fibre diameter as the fleece). With the increase in fine cardings premiums it pays to pay some attention to cardings in a fine micron clip in terms of preparation and packaging. 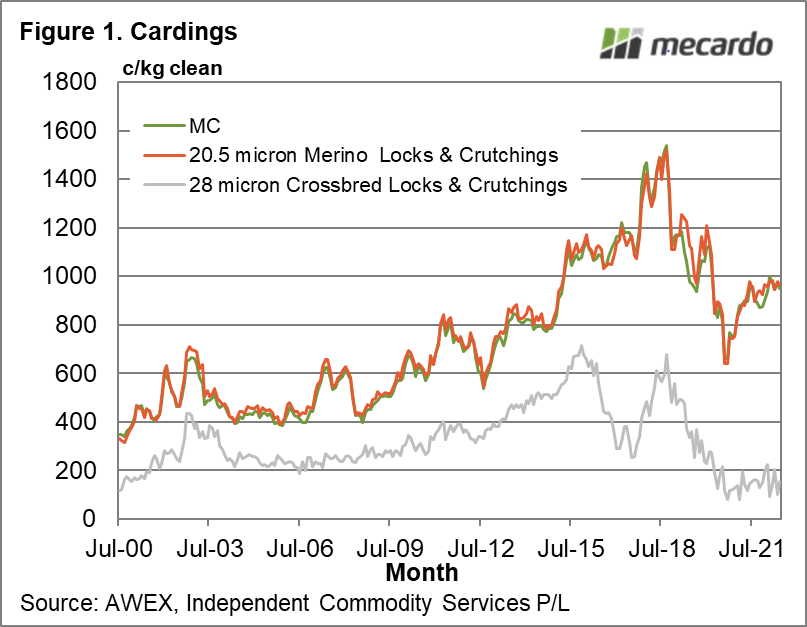 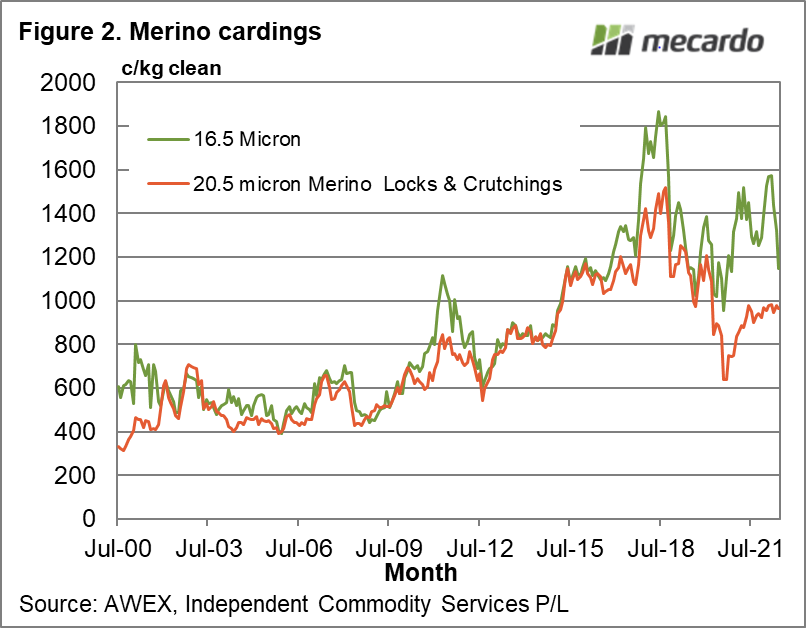 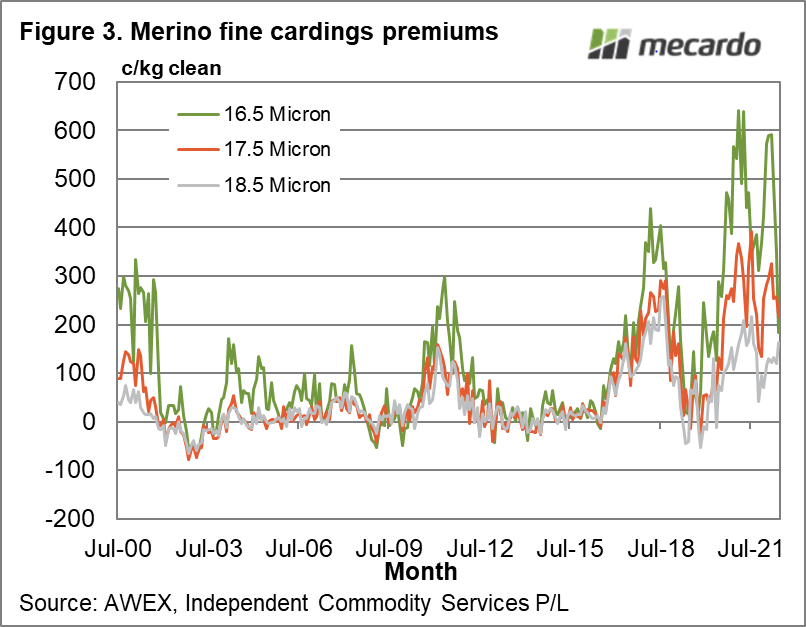