Last week we looked at how sheep gross margins had fared in Victoria during the last financial year, and it was a very profitable time. Cattle producers also had a pretty good year in the areas where rainfall was good, but nothing like they are likely to be in 2020-21.

The Victorian Livestock Farm Monitor Project (LFMP) looks at farm performance and compares production and profitability levels.  The 2019-20 report showed cattle gross margins were good, but only in areas where there were good seasonal conditions and plenty of grass.

It may also have helped where cattle were sold later in the financial year, as prices rallied sharply for the March to June quarter.

Compared to historical levels in Western Victoria, gross margins performed pretty well.  Figure 2 shows the real gross margin was the third highest on record.  It was nowhere near the records of 2017-18, but still good regardless.

Much depends on production levels, but we can probably expect cattle gross margins are again going to be over $1000 per hectare in Western Victoria in 2020-21.

While cattle producers didn’t have a great year in 2019-20, they are headed for one in 2020-21.  If we look at wool and lamb gross margins, cattle are likely to outstrip both in all regions over the coming year.

Don’t expect much of a shift from sheep to cattle production, as lamb has been consistently stronger for the last ten years.  The next couple of years should see cattle producers doing much better than in the past however. 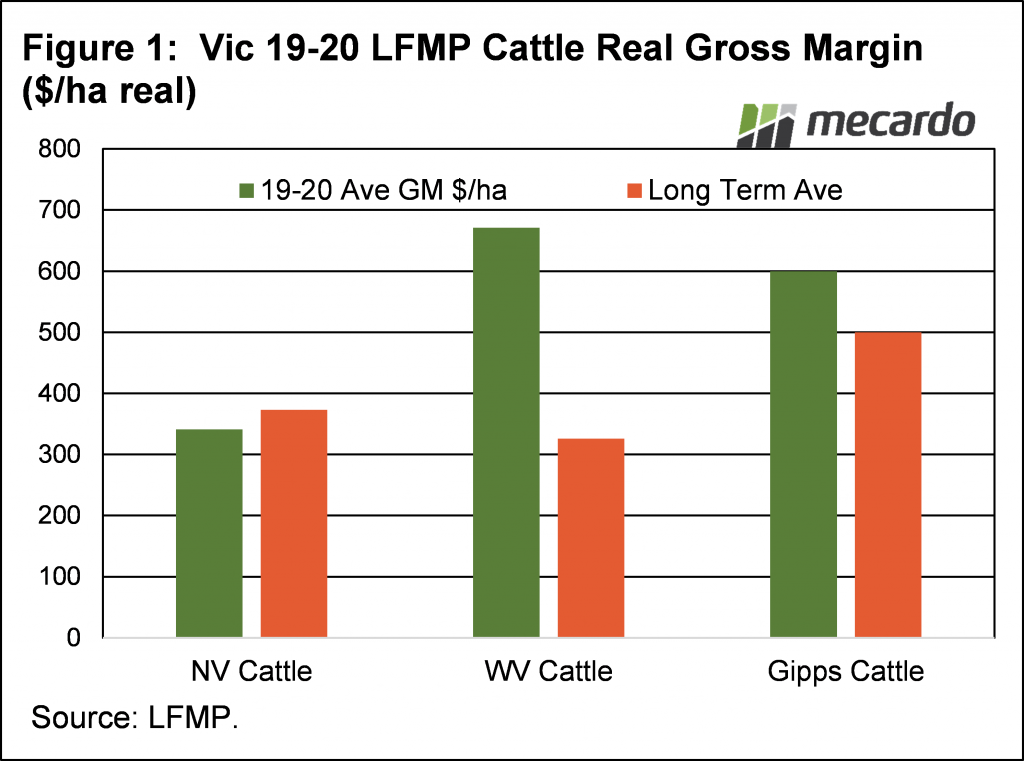