Cattle slaughter on track for a 35 year low

The Australian Bureau of Statistic’s (ABS) released it’s second-quarter cattle slaughter numbers, showing extreme tight supply in the first half of the year. While the Eastern Young Cattle Indicator (EYCI) hit yet another record this week, and it looks to keep on breaking more, we are going to have to see another reduction in slaughter forecast before the end of the year.

On Tuesday Mecardo looked at the Female Slaughter Rate (FSR), but it’s total and male slaughter which gives an idea of how supply of better value beef is tracking.  Total cattle slaughter for the second quarter was down 20.6% on the same quarter in 2020, but in line with seasonality, up 6% on the first quarter of 2021.

The first half of the year has marked the lowest January to June slaughter since way back in 1984, which was the low following the late 70’s price collapse.  There were 24% fewer cattle processed in the first half of 2021, than in 2020.  This is a huge reduction, and this sort of fall hasn’t been seen in any records going back to 1972.

If we take into account the steady slaughter rates for July and August, it means rates will have to pick up even more in the coming four months to hit the target.  Figure 1 shows that to hit the 6.3 million head, October to December slaughter will have to be 12% higher than last year. 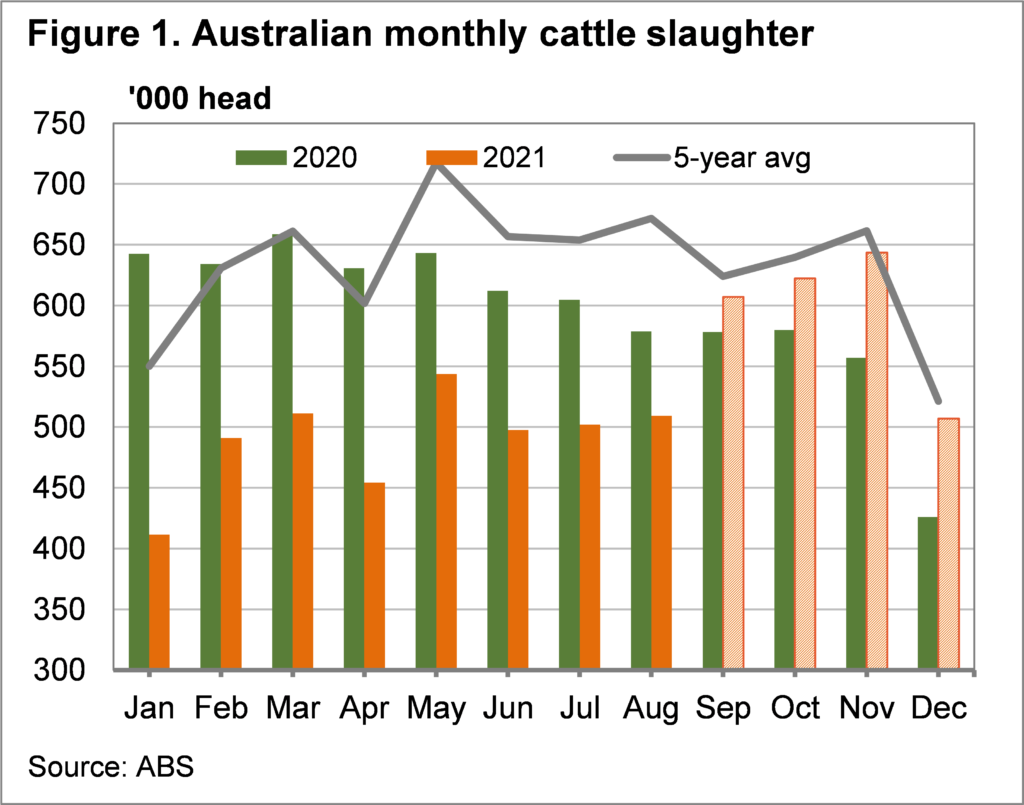 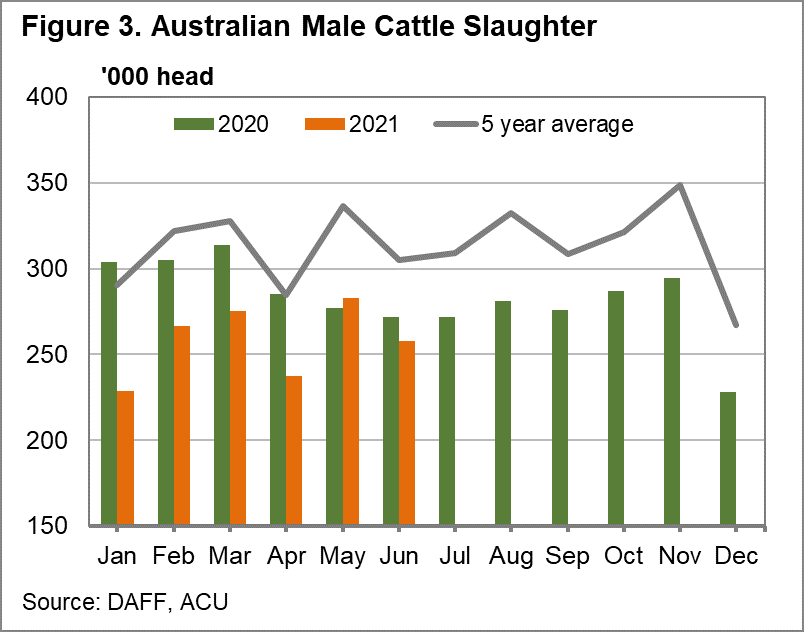