Cattle supply recovery a way off

Slaughter cattle supply is tight, but it looks like it might get tighter. A few weeks back we outlined Meat & Livestock Australia’s (MLA) Industry Projections for cattle supply this year, here we combine forecasts with actuals, and in terms of supply, we haven’t seen the tightest yet.

MLA is forecasting National cattle slaughter to fall to a twenty-year low in 2020, and a little bit further in 2021. Regular readers will know we like to look at projections, deduct what has gone so far, and work out what is forecast to come.

Figure 1 shows that if we are to reach the projected 6.9 million head, we haven’t seen the tightest supply yet. Official Australian Bureau of Statistic (ABS) numbers tell us 2.56 million head of cattle have been slaughtered from January to April. If we add estimates for May and June, based on MLA’s weekly numbers, we get to 3.8 million head. This means 55% of the projected 6.9 million annual slaughter has already been processed.

For the rest of the year, cattle slaughter will need to be 3.1 million head. This would be 29% below slaughter rates of 2019, and with normal seasonality would play out as projected in figure 1.  Despite seeing tight cattle supply in May and June, if we are to hit the 6.9 million head target we are not going to see slaughter at those levels again this year.

While we are looking at cattle slaughter, it’s worth taking a look at the forward indicator of a herd rebuild, female slaughter. Figure 2 shows that in April Cow and Heifer slaughter remained stubbornly high, below last year, but still sitting above the 10-year average.

The Female Slaughter Ratio (FSR), the proportion of cattle slaughtered which are female, was also high given the turn in seasonal conditions. Figure 3 shows the FSR lifting in April to 54.7%, well below last year, but well ahead of the average.

Much of the fall in cattle slaughter will come from the female portion of the kill.  We know that the FSR needs to be below the average for the herd to rebuild, but we can at least see from figure one that the liquidation has slowed.

With cattle prices at close to record levels, and as expensive as any major export country, it is hard to say further tightening supply is going to see further price increases.  What it will do, however, is hold cattle prices at the levels of May and June, providing the export market remains relatively strong.

It will be interesting to see if spring brings its usual price decline this year, with figure 1 showing there is likely to be little in the way of supply pressure at the slaughter end.  Good spring rain might give us one of those years where prices track along through the spring without the annual decline. 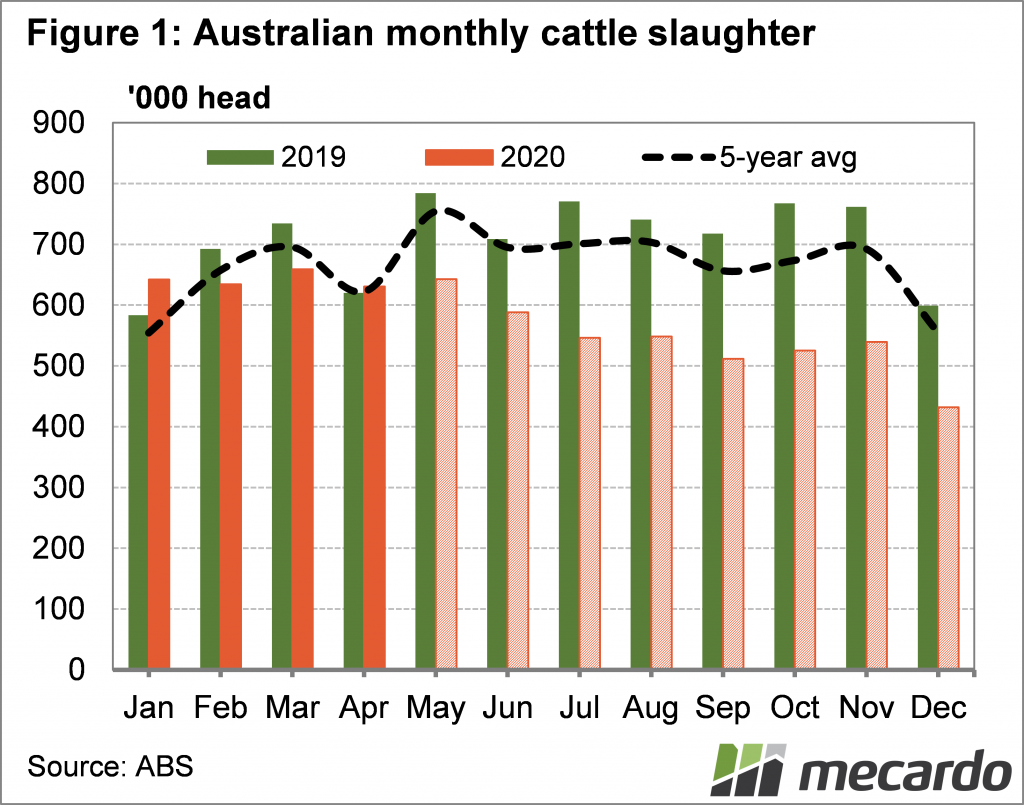 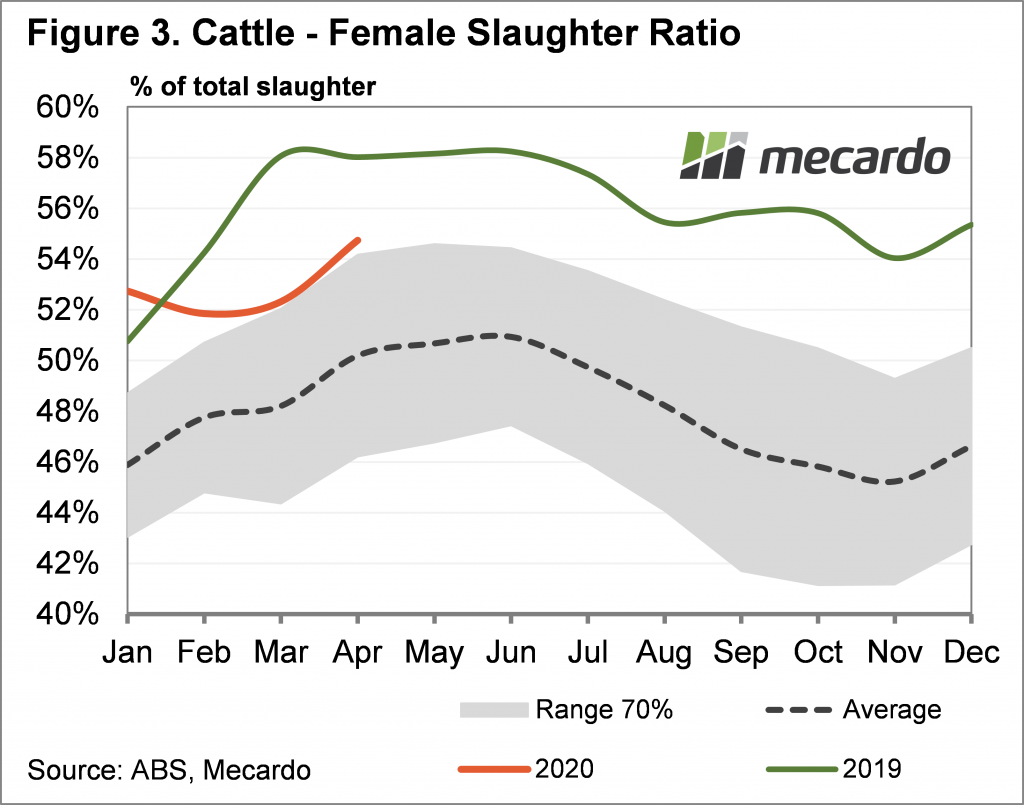