The big news in sheep and lamb markets this week was the two week shutdown of Cedar Meats, which has had an impact on sheep prices, if not lambs. Support for prices has been robust, with restocker demand and tight supply continuing to provide support.

Cedar Meats have the capacity to slaughter 10,000 sheep, lambs, goats or calves per day, but it is unlikely they have been running at full capacity in recent times.  We will have to wait until Tuesday to see how slaughter has been impacted.

We did get an inkling from the data for the week ending the 1st May, with the Friday closure of Cedar helping east coast lamb and sheep slaughter decline 7% and 16% respectively (Figure 1).

Weaker competition at saleyards didn’t impact lamb prices, which moved sideways, the CV-19 Indicators down just $3 to $199/head.  Mutton markets did feel the impact of weaker demand, falling $14 or 6%.  There was some hope late in the week, however, with Wagga reporting strong demand for sheep, as seen in recent weeks.

Domestic markets and restocker demand still seem to be propping up lamb markets.  In the export-focused WA market, over the hooks prices are quoted at 750¢, while on the east coast they are 790-810¢.  The National average of MLA’s Trade Lamb Over the hooks Indicators has been tracking sideways (Figure 2).  It has been way behind saleyards, but they have come back closer now.

Export data for April was released this week, and as expected, Chinese lamb demand is bouncing back, while the US was down.  For mutton, almost all markets were down, but like lamb, the lack of supply means it has to be down.  More on exports next week.

There is plenty of space slaughter capacity in the system at the moment, so there shouldn’t be any backlog from the Cedar shutdown, and we might even see mutton bounce when they are back in the market.

It will be interesting to see if ovine slaughter can fall any further, we are at last year’s mid-winter levels now.  For producers, it’s a bit depressing to think where prices might be had COVID-19 not taken hold, but we can just be thankful we’re not in the position of US cattle and hog producers. 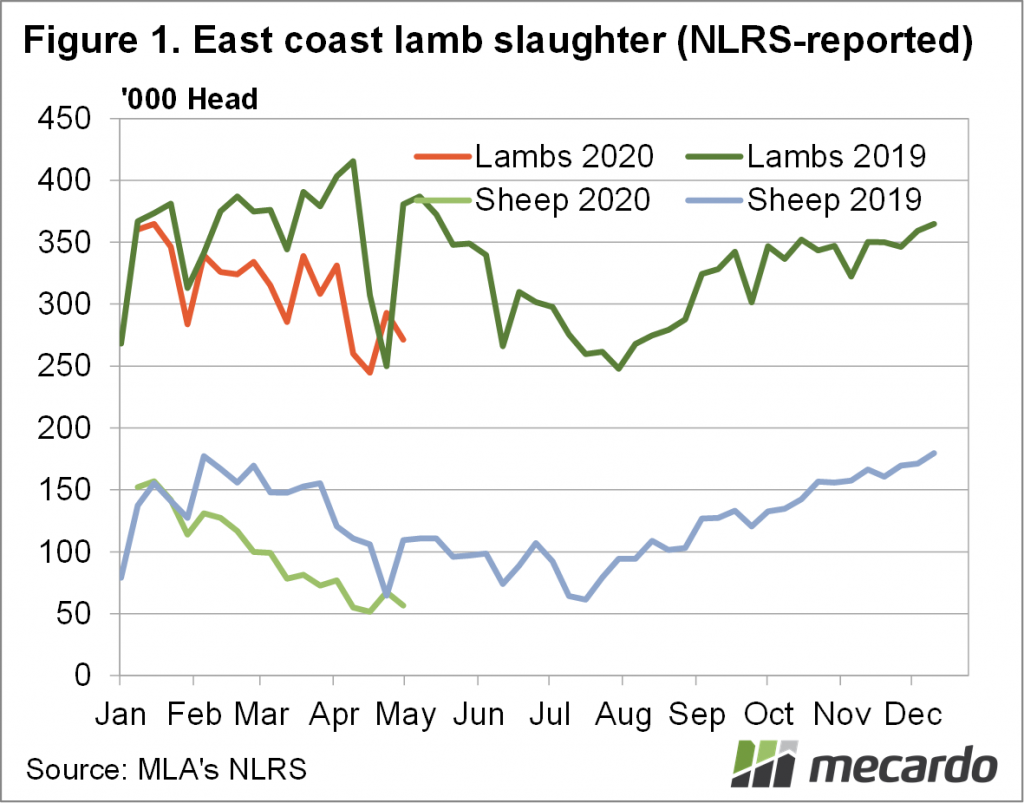 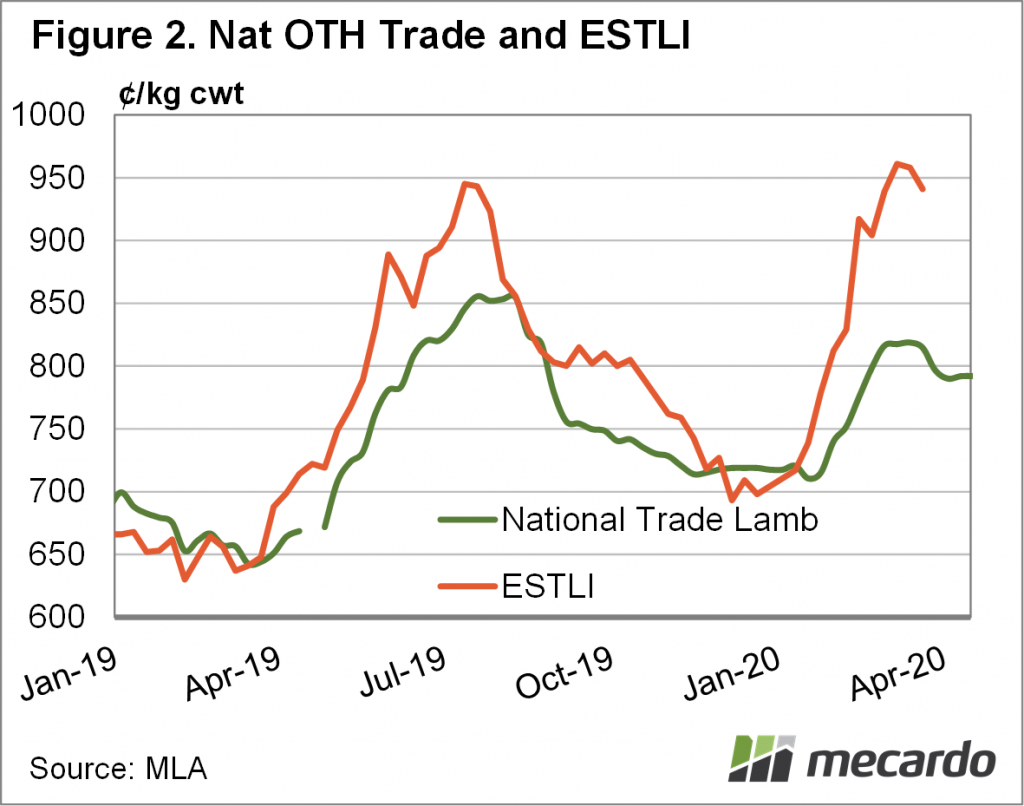