Figure 1 shows the lamb export volumes for 2017 sitting at 49% above the seasonal five year average levels for this quarter. Volumes increased again for March to 4,477 tonnes swt, just shy of the record high in June 2016. This is deviating from the usual March drop that occurs towards the seasonal trough.

The story for sheep exports to China tells a completely different tale in Figure 2. The total volume exported over the first quarter of 2017 was nearly half of that two years ago, begging the question, is China’s appetite for sheep meat changing or are relative price differentials between lamb and sheep encouraging the shift?

To delve a little deeper into the question, in Figure 3 we have lined up the change in mutton and lamb export volumes from 2015 to 2017 for the season so far. Interestingly, we can see that where mutton volume has dropped off very closely aligns with increases in lamb consignments. Particularly in the months of January and March, there is a near exact shift in volumes from the one sheep meat to the other.

Chinese consumers have always had a strong affinity to lamb, however, it’s likely that the demand will only continue to rise with the changing demographic. The growing middle/upper income class and open food culture of the younger population is prompting a shift in taste towards ‘premium’ import meats. Where historically cheap proteins for the hot pot were in high demand, the ‘foodie factor’ is taking over, with consumers in China willing to pay a premium for quality and a sense of superiority on their fork.

Our current sheep meat export prices may also be playing a part in the changing trade trends within China. Over the last season, the basis of the spread between mutton and lamb has narrowed significantly. In 2015, we had the price of mutton at around 50% of lamb but now we’re seeing the mutton price close in.

The NMI is even fighting against the typical seasonal drop, so far holding steady and still close to record highs of 2011. It could be that the reducing price differential between mutton and lamb is also encouraging the shift in consumption choice towards the premium meat as Chinese consumers are more willing to buy for quality. 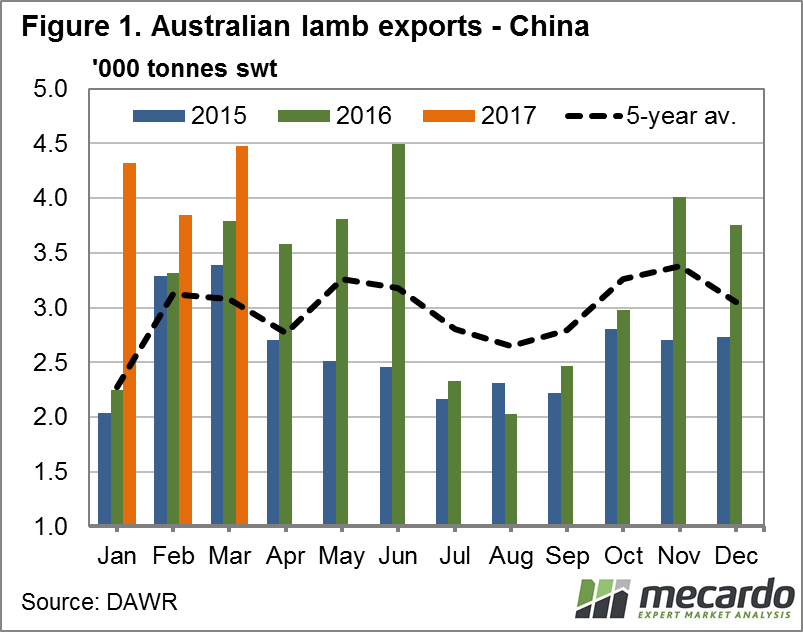 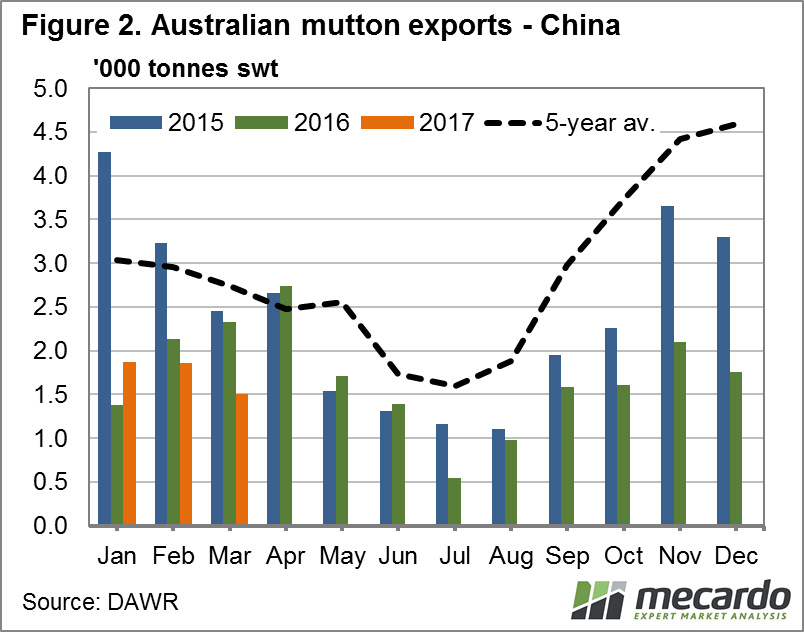