Weather and Covid are playing havoc with lamb supply. We know new season lambs In Victoria are behind schedule and awaiting some warm, dry days to finish in many areas. They didn’t find it this week, but reports of extra supply of trade and store lambs depressed prices.

After a spike at the end of September, lamb slaughter dropped 15% last week, returning to levels of a fortnight ago. Slaughter levels in Victoria continue to track well below average and last year’s levels, while NSW is processing more lambs than average for this time of the year. Last week, the total number of sheep and lamb processed in Victoria was 23% below the same time last year.

For the remainder of the year, lamb supply is expected to be just slightly higher than last year. With more rain on the ground, this week restockers should continue to support the market. What we do know for certain is that growers who sell their lambs in October have never had it so good. 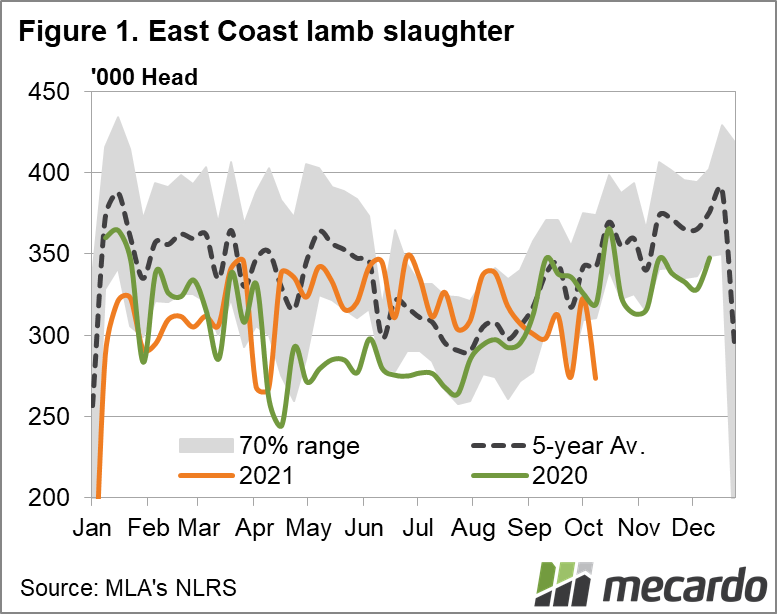