It has been more than two years since African Swine Fever started seriously impacting the Asian pork herd, and it is still rearing its ugly head. Estimates vary, but reports from a number of entities claim that between 20 and 30% of the breeding sows in China have been lost this year alone. At the start of this year, global pig numbers were roughly 28 million below the start of 2018, prior to the most recent breakout. Rabobank research points to this meaning a 5 million metric tonne protein deficit in China alone this year.

This creates a big opportunity for red meat exporters across the globe – but the figures show that because of Australia’s high domestic livestock prices, China is looking elsewhere to source it’s protein shortfalls.  According to Meat and Livestock Australia, China has imported (from all countries) 24 per cent more pork, 45% more poultry and 30% more beef for the year to February. However Australian beef to China has plummeted in that period, with 55% less shipped year-on-year. And this isn’t solely due to a lack of supply but rather a pushback on price (as well as trade tensions), with total Australian beef exports only falling 11% for the year to March.

In that same year-to-February time frame, China has imported 25% less lamb from Australia, however an extra 32% Australian mutton – the cheaper protein – has headed there. But even the mutton market began to slow after a bumper March, with April volumes lower year-on-year, and only marginally above the five-year average. For the year-to-April, Mutton exports to China are now only 25% higher year-on-year, and lamb exports are down 22%. Monthly April lamb exports to China fell 34 per cent year-on-year, 8% below the five-year average.

The good news? Chinese consumers are enjoying getting something other than pork on their fork, with industry analysts GIRA quoted by MLA as saying that, even when the pork industry returns to pre-ASF capacity, the annual per capita consumption of pork in China will not go back to the where it was (over 40kg). This means market share for the protein gap will continue to be there for the taking in the future. And as we discussed last week here, other major lamb markets are picking up the slack in the meantime.

Australia has plenty of places to send their protein and teamed with lower production as we go through a rebuilding phase, this slowdown in China trade isn’t going to have big implications in the short term. China has become one of Australia’s biggest red meat markets in recent years, and if price constraints have them filling their trolleys with protein from somewhere else, long term this could hinder further potential growth. 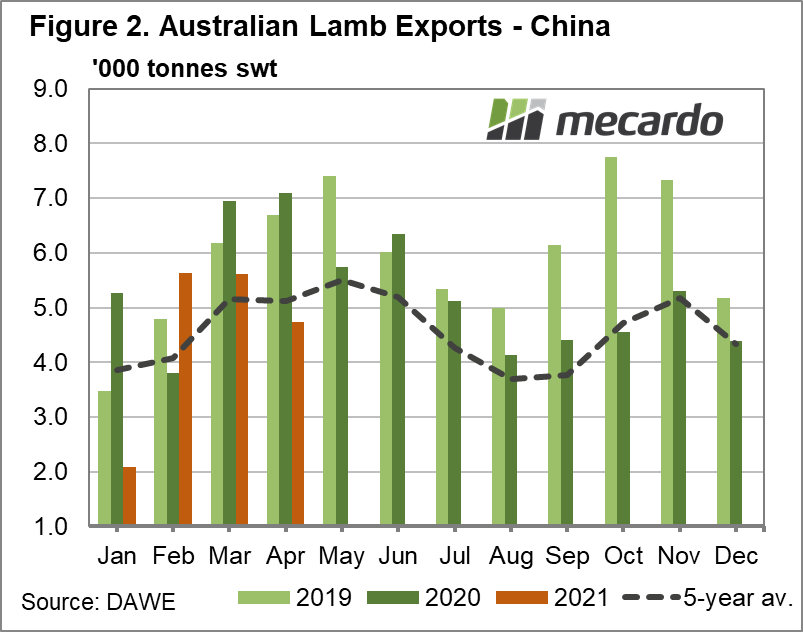 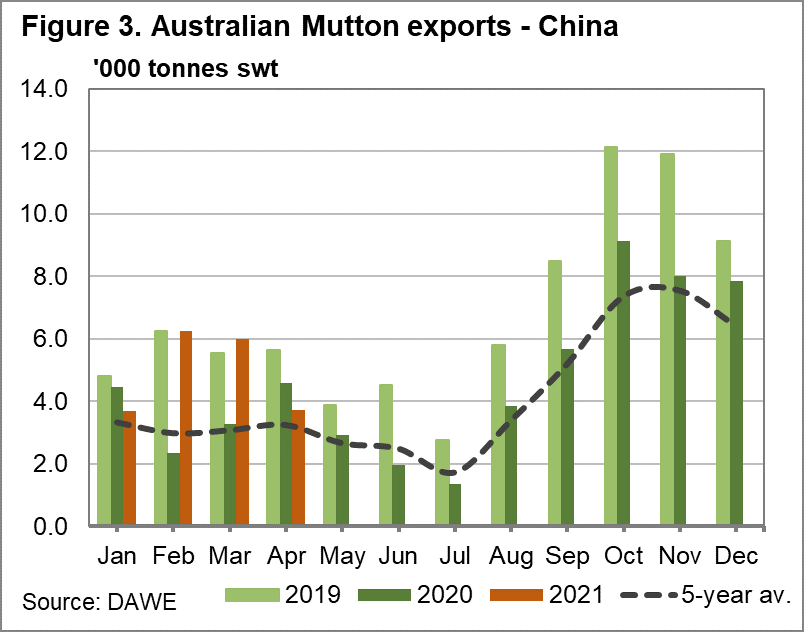