Earlier in the year lamb exports crashed but they have since resumed somewhat normal trends. However, if we look a bit deeper into the data we can see that there have been some significant shifts in demand, especially from China.

Total lamb exports followed their usual seasonal trend in October, gaining 11% on September, and sitting just above the five year average (figure 1).  Despite being at their highest level since March, lamb exports in October were 8.5% below October 2019.  Weaker slaughter in October no doubt led to weaker export numbers, but there also seemed to be less demand from China.

Figure 2 shows the ups and downs of lamb exports to China. Last spring, Chinese lamb demand boomed, almost doubling on 2018.  This year, October lamb exports have reverted to back to the five-year average.

Lamb exports to other markets were close to the usual trend.  Exports to the US were up on September, and similar to last year. The US remained the largest market, taking 23% of Australian lamb exports, while despite the lower exports, China took 19%.

Meat & Livestock Australia recently updated export values for September, and when converted to a dollar per kilogram price, it shows demand might be a little weaker than last year.  Lamb export values for the three months to September averaged 912¢/kg, while in 2019 it was 997¢/kg.  The three-month average value was 8.5% lower, while the monthly value for September was 15.5% lower.

Figure 3 shows Chinese export value per kilogram for September was 26% lower than last year, even with lower volumes.  The good news is export values to China has risen from the two year lows of August.

The US export values tanked in September, moving under 1000¢ for the first time in two and a half years.  High-value lamb exports to the US are still struggling price wise, and this has flowed through to total export values.

Despite weakening export volumes and value to China, and weaker values to the US, the Eastern States Trade Lamb Indicator (ESTLI) is still not expensive relative to total export values.  In September the ESTLI sat at a 190¢ discount to the lamb export value. The ESTLI has been as close as 100¢ in June.

Chinese demand has been very important to rising lamb prices, but at current demand levels, it looks like price might be able to hold above the 700¢ range. 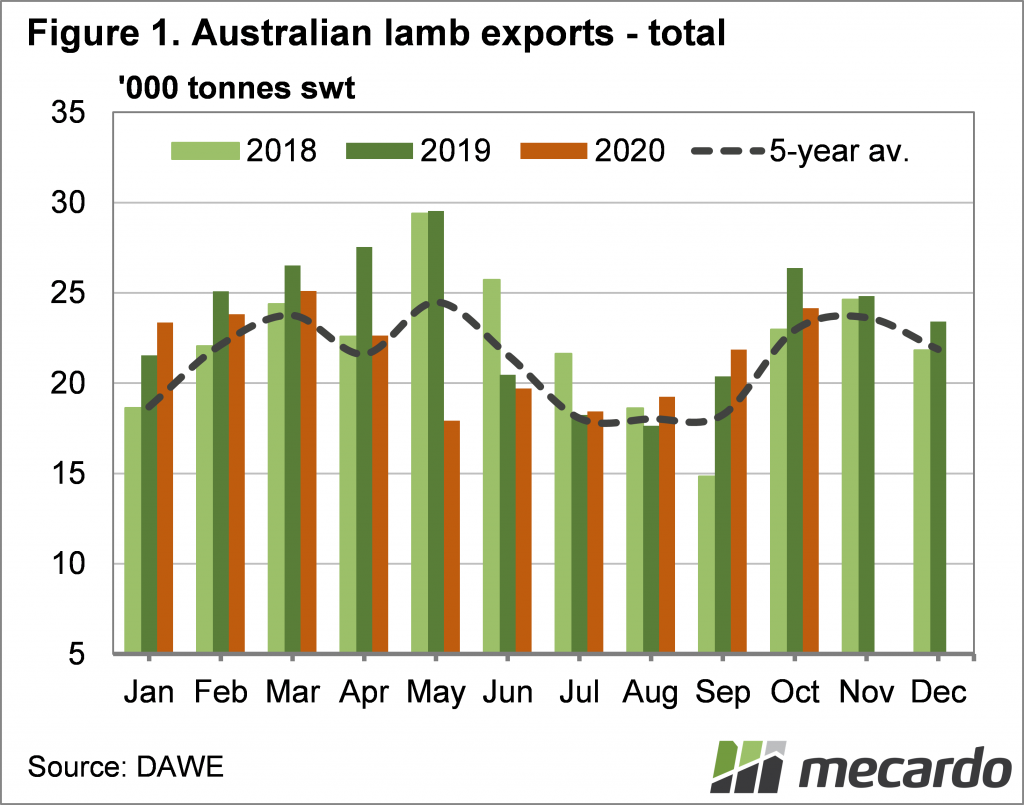 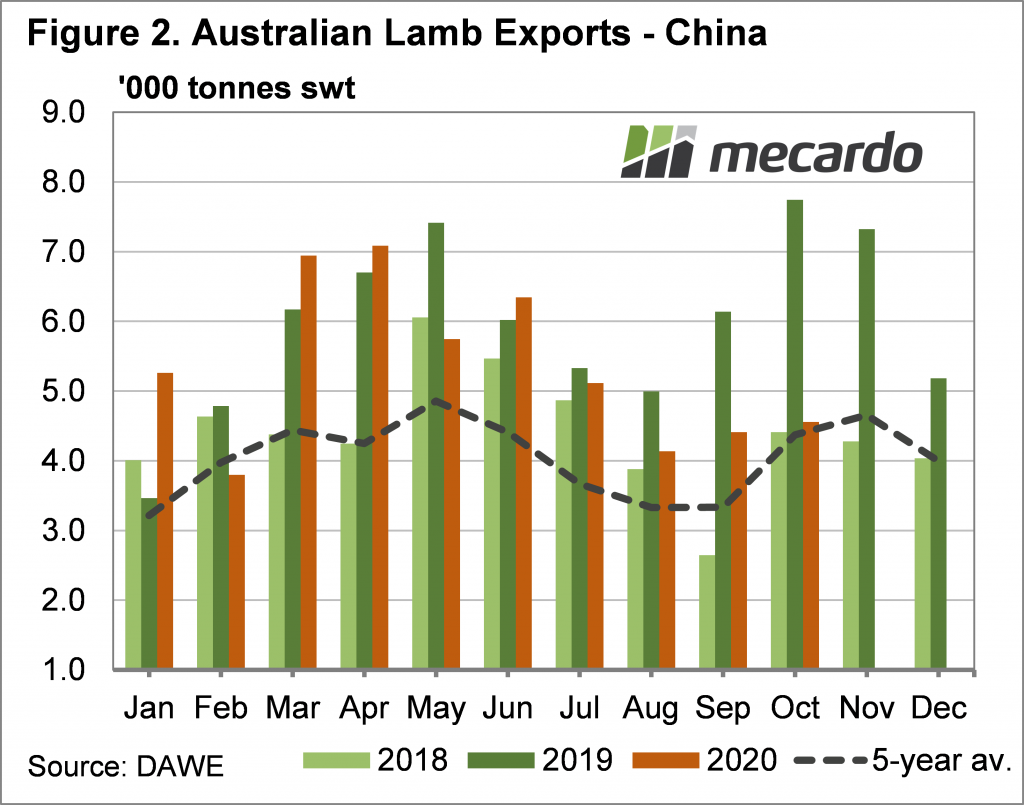 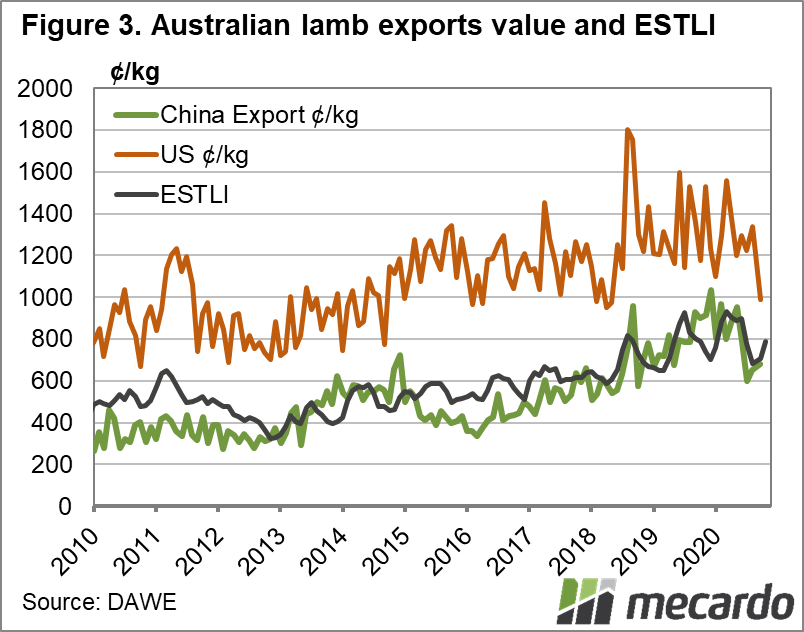