Over the last couple of years, world wheat supply and demand hasn’t been of huge concern to Australian wheat growers or consumers. During drought and extremely low crop production, our prices detach from world markets to an extent.

This month’s WASDE kept expected Australian wheat at 26 million metric tonnes, very much an exportable surplus.  As such we need to again concern ourselves with what is happening overseas.  Figure 1 shows changes in wheat estimates from last month were only marginal, however, in the US a 2.8% decline in production was forecast.

The US was the main contributor to the small fall in world consumption and ending stocks month on month. Year on year the story is different though. Production is set to outstrip consumption, world stocks to grow by 6%, and the stocks to use ratio is lifting back to 38.1% (Figure 1).

As outlined last week, the world’s biggest corn producer, the US, cut its expected plantings which led to a 6% decline in forecast production.  World production was subsequently down by 2.1%, and this was largely responsible for a nearly 7% decline in world ending stocks.  Table 1 shows production is still expected to be higher than last year, as are ending stocks.  The increase in corn consumption pushed stocks to use down to seven-year low of 26.1%.

There were few changes to oilseed estimates on last month, but figure 3 shows year on year increases in both production and consumption will lead to lower ending stocks.  Oilseed stocks to use are expected to hit a five year low.

Barley is of particular interest this year, but the WASDE report for barley was not particularly interesting. The USDA is forecasting a small drop in world production, but it will still basically match consumption.  Stocks are forecast to increase marginally.

Wheat markets have managed to hold on to the rally caused by corn last week, while corn has fallen back to previous levels.  The market expected stronger cuts to corn production, while wheat has found strength on production problems not reflected in the report.

If the WASDE forecasts are hit, however, world wheat prices should find their way back to recent lows.  For Australian growers, at current exchange rates, this would put CBOT values at $260/t.  Prices are currently around $285, so there might be $20-30/t in doing some hedging of sales. 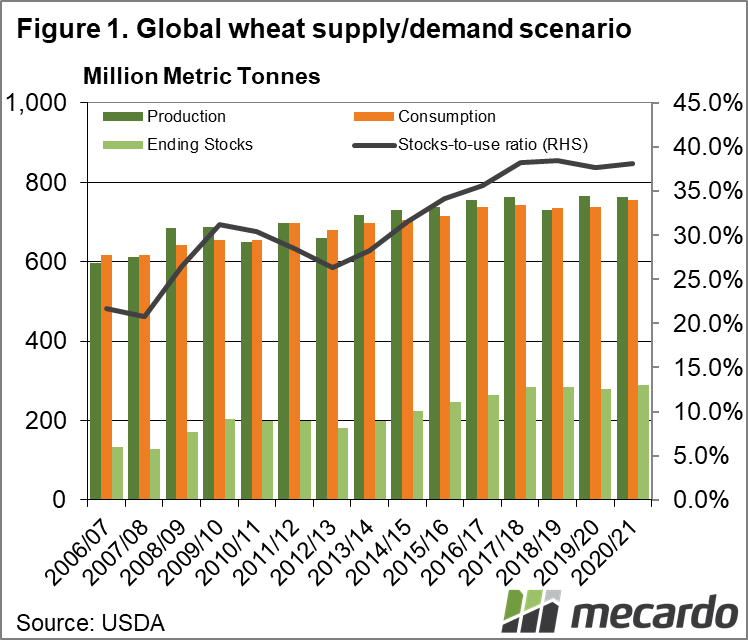 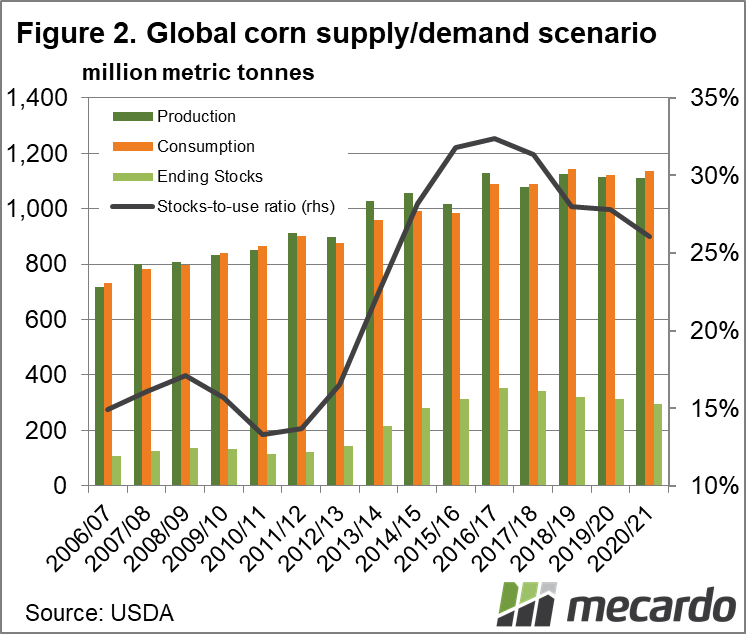