COVID issues causing bottlenecks in the US

When the Coronavirus crisis emerged there was plenty of concern surrounding the virus infecting abattoir workers and closing processors. Fortunately, Australia has thus far avoided impacts on processing capacity, but in the US we are seeing falling cattle prices and rising beef prices as bottlenecks emerge.

Nearly 1 million Americans have been infected with Coronavirus, and plenty of them work in abattoirs. The issues have caused full closure of some facilities, while plenty of others have dropped shifts due to absenteeism and cleaning requirements.

The United States Department of Agriculture (USDA) estimates total cattle slaughter was last week at 469,000 head, down 6.5% in the previous week, and 27% on the same week last year.

Almost all the cattle in the US are finished in feedlots, and as such, they are very expensive to hold when there is no space to kill them.  Live Cattle Futures fell for much of the period from January to April, and have stayed at close to ten year lows since (Figure 1).

Figure 2 shows the Choice Cutout Value and Live Cattle Futures diverging since February.  The ‘Choice Cutout Value’ is the average value received by processors for all the beef from a Grainfed Steer. The higher it is priced relative to cattle, the better the processor margin.

Since February, the Choice Cutout is up 29%, and it has been driven by lower value cuts destined for the ground beef retail shelves.

Lotfeeders usually ramp up production in the northern spring, with ‘Grilling season’ in the summer being the peak demand period.  With cattle slaughter 25-30% lower than the same time last year, a considerable backlog is going to be building up.

A bottleneck at processor levels in the US means that feedlotters and consumers are getting the raw end, while processors who are still operating are taking the benefits. The backlog of cattle which is building in the US will need to be worked through and will see beef prices fall in the US when processing capacity gets back to normal.

For Australia, export beef prices are yet to move higher, as uncertainty keeps US buyers holding off.  If the issues with beef supply in the US continue, we should see some support in the short term for export beef values.  However, over the medium term, increased, and cheaper, beef supplies in the US is likely to see more pressure come on our higher value export prices. 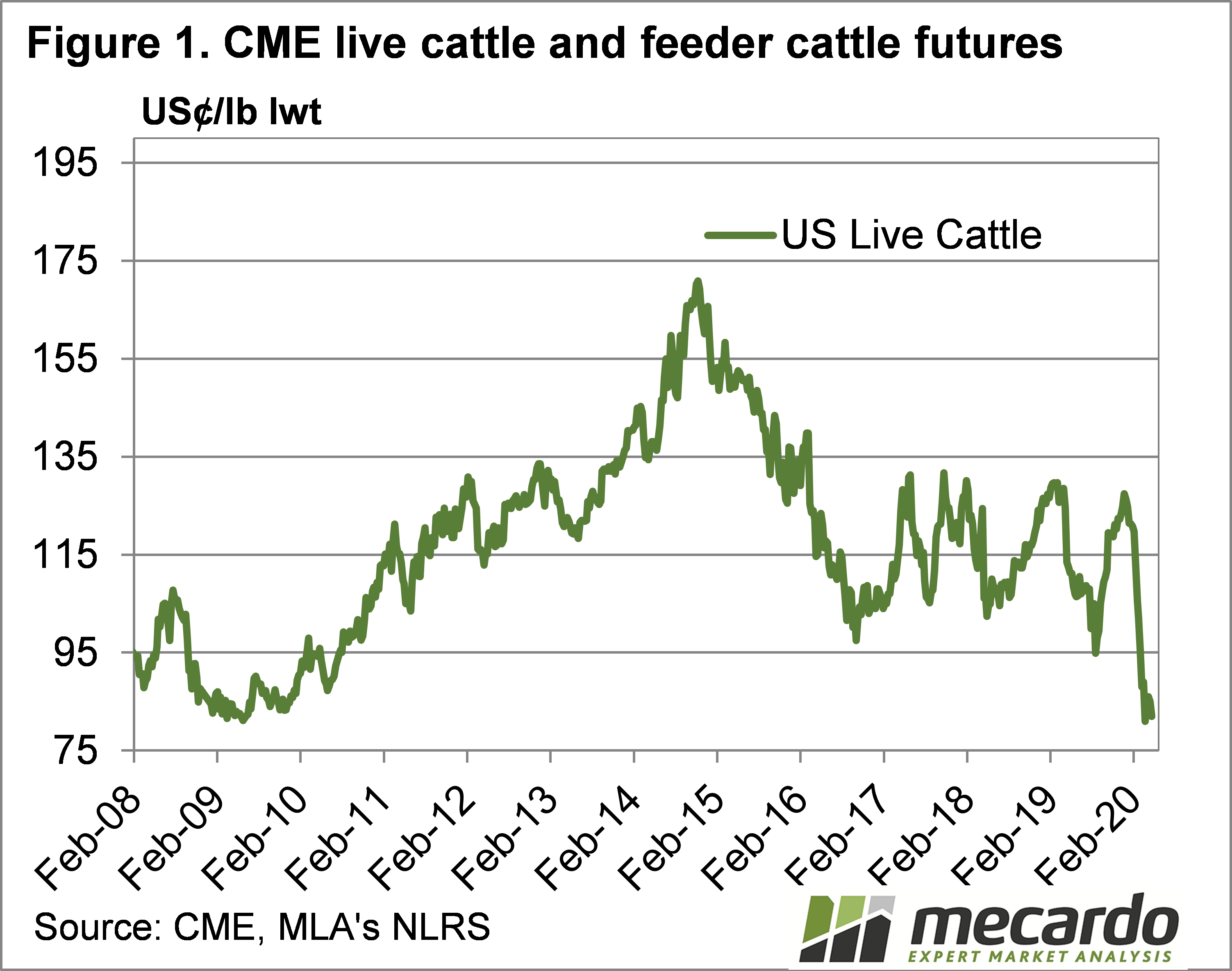