Energy prices have jumped this season with crude oil up in Australian dollar terms from $70 last season to $108 per barrel to February. Energy is a significant cost within manufacturing and provides raw material for manmade fibres, so we look at the relationship between oil, manmade fibres and the 21 MPG in this article.

PCI Fibres and Raw Materials, a fibre consultancy, were once asked about the relationship between crude oil and manmade fibre prices. They replied with this schematic (scroll down to page 7 in the link). This was their way of saying – it is a complicated system and the linkages are not straight forward.

Figure 1 shows the annual average price for a barrel of oil in Australian dollar terms from 1983 onwards, with the current financial year average to February. The price has increased 54% this season, back up close to the 2013-14 peak level. In US dollar terms it is up 47% for the season to date. Either way crude oil prices have risen substantially. 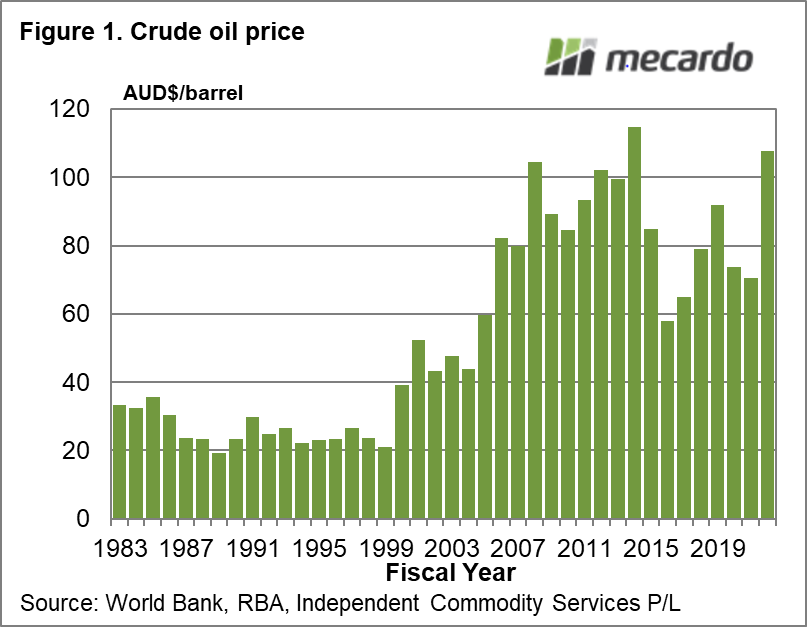 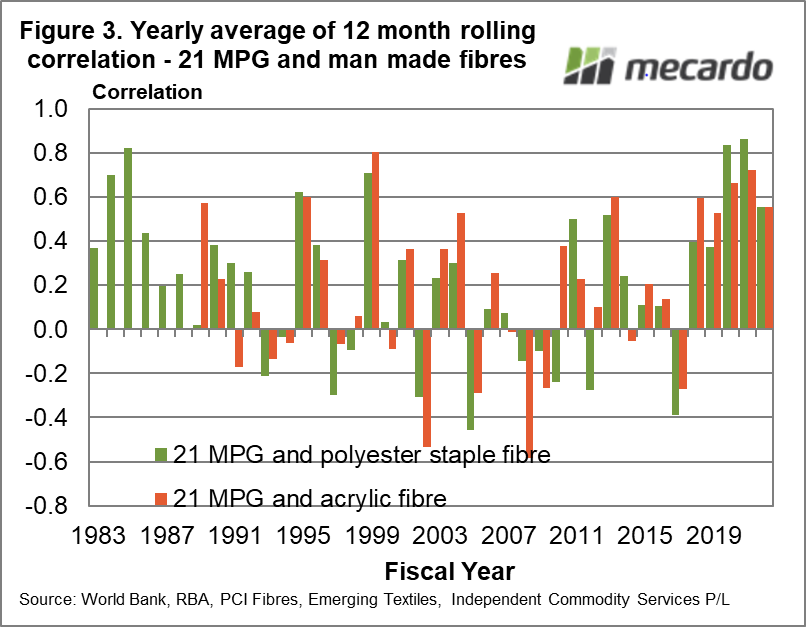