Death and Taxes – You can bet on it

After last week’s WASDE report trimming global wheat stocks, the market felt like it would take a breather. But where there’s smoke there’s fire and speculation around a Russian export duty sprang into life late last week. Russia will impose a US$30/t export tax as well as a monthly quota on cereals in an attempt to curb food inflation. The timeline will be Feb 15 to June 30.

Initially the market moved up 30¢/bu over two days, until it became clear that the market had probably already priced in the tax, erasing half of the gains.

Historical evidence would suggest that market movements based on political intervention into wheat exports see a sharp rally before gradually settling back to trade almost unchanged within a short period of time.  It will be interesting to see what the Russian farmer does. Will they continue to sell or hunker down and wait out the winter?  The forecast continues to look dry in the southern agricultural regions, so holding back grain may be the sound thing to do.

The export duty will likely see 3-4mmt removed from the export grid, opening pathways for Australian and Canadian wheat to fill the void.  Longer term the move to limit exports should put a floor under global prices.

The AUD continues to rally in line with iron ore prices. The strength in the dollar is not helping our competitiveness in the open market, but Aussie wheat remains the cheapest in the world and should go a long way to re-establishing lost homes after a couple of extremely poor years.

We have seen some life in the cash market this week, especially barley.  The New Year will likely see a fresh start as the trade reassess what they need to fill long term agreements and current sales. 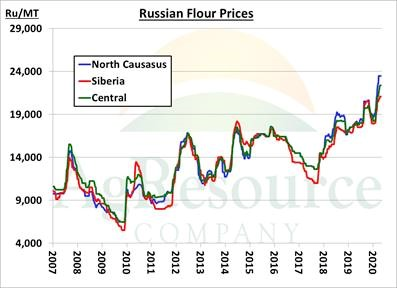 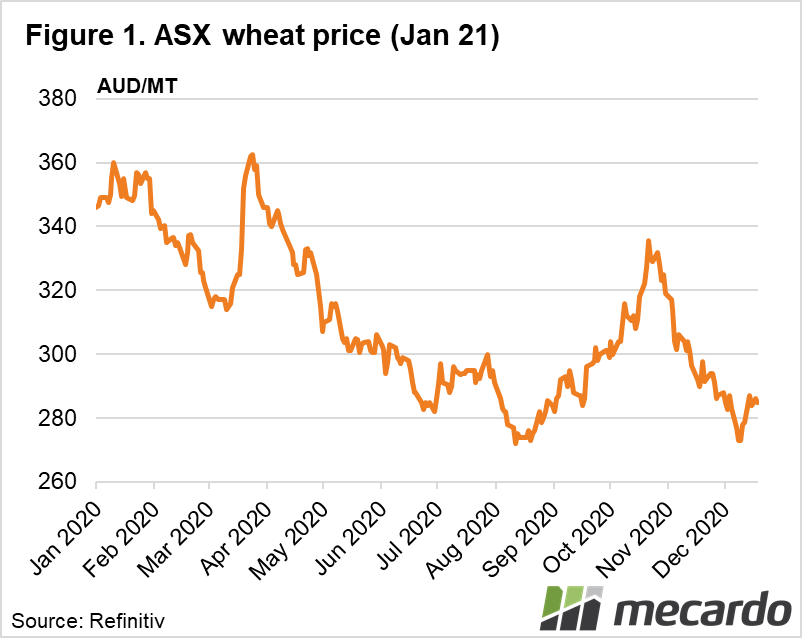