The mutton market doesn’t get a lot of attention at this time of year, with lambs flooding in and cattle prices at records. However, with sheep slaughter reaching annual peaks, the price of mutton over the coming months will have an impact on bottom lines.

After bottoming out at 550ȼ/kg cwt back a month ago the National Mutton Indicator (NMI) has recovered all its November fall and a little more.  The NMI last week sat at just over 640ȼ/kg cwt, a very solid increase from the low, and figure 1 shows it is back at its early spring levels.

We can also see in figure 1 that the NMI is around 10% below the peaks seen earlier back in July, and this is despite rising slaughter levels.  We know increased slaughter and steady prices suggests demand is improving.  It might not be export demand that is improving, but more slaughter space opening to accommodate increasing supply.

Figure 2 shows how east coast ovine slaughter rates have been climbing since mid-November to now sit at a 22-month high.  It looks like that when spring sheep and lamb supply started climbing, processors resisted increasing kills, and thereby saw prices fall.  With prices now at a level where there is some margin in it, more kill space is opening up.  This explains rising slaughter rates combined with relatively steady prices.

The last time we had a La Niña with widespread early summer rains was in 2010.  As such it’s worth having a look at supply trends at that time as well.  Figure 3 shows sheep slaughter for 2010 and 2011, along with this year and the five-year average.  The summer of 2010-11 was notable for its very low sheep supply, even lower than this year, despite the flock being larger.

In terms of price, figure 1 shows the price trend for 2010-11 was a bit different to this year.  In late 2010 mutton prices were close to season lows, albeit high in historical terms.  Despite improving sheep supplies early in 2011, prices rallied strongly on the back of tight lamb supply and higher prices.

Mutton prices are very strong, and are unlikely to deter those selling cast for age sheep.  The strong demand from restockers is no doubt helping support prices for any sheep which are approaching the end of their useful lives, and propping up the mutton prices.

There could be further upside back to 700ȼ if lamb supply tightens and mutton follows lamb prices higher, but much will depend on processors running at similar production levels in the New Year, as this will underpin demand. 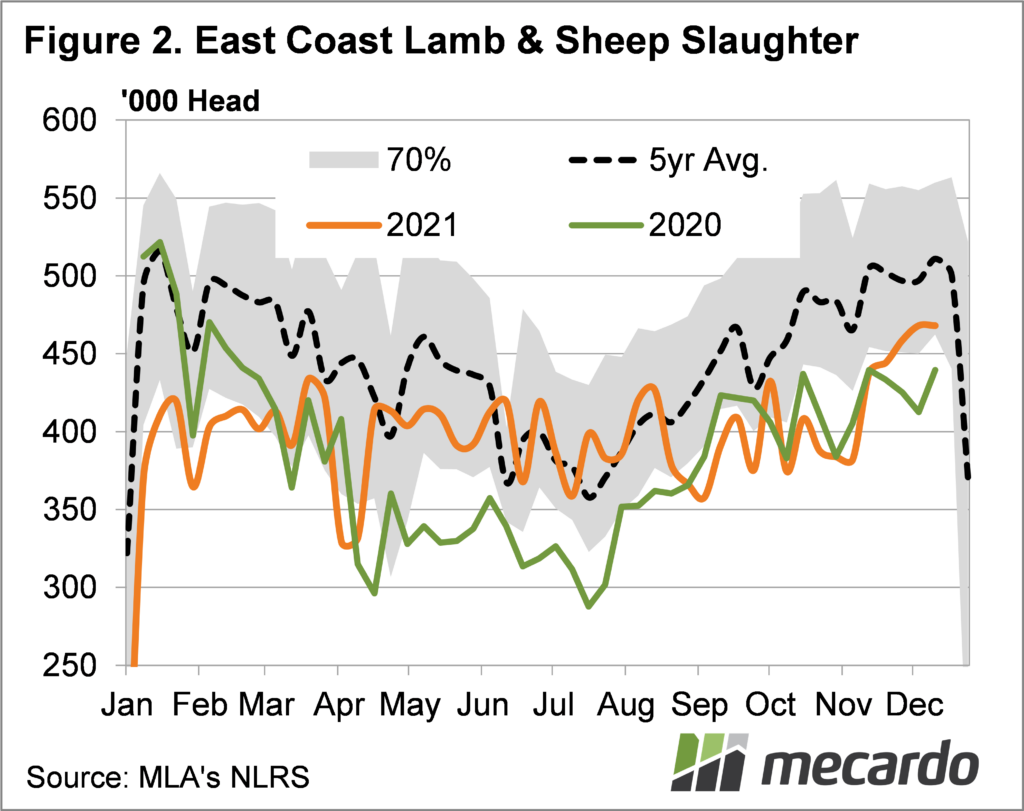 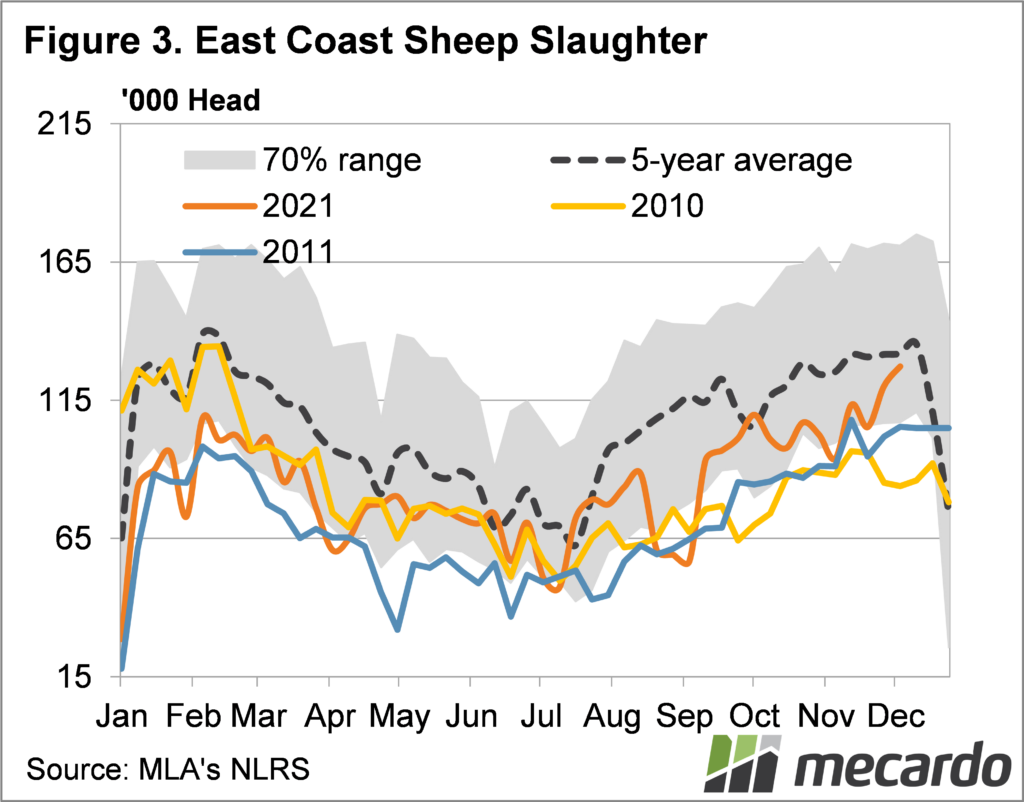 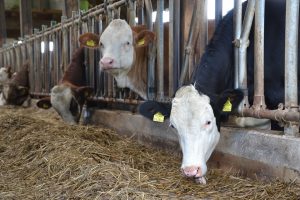