The wool market was mostly weaker this week although some of the indicators posted modest gains. AWEX reported that good style wools carrying less than 1.5% vegetable matter were limited in supply and highly sought after. Strong buyer interest in these lots kept prices up, but in the end with only 40% of total fleece having less than 1% VM, the higher VM wools lacked the same support, bringing down the overall series.

Over in the west, the Western Market Indicator (WMI) also fell, down 13ȼ to finish the week at 1446ȼ. All MPG’s 21 & finer fell in the west, with a much higher pass in rate (21.8%) there compared to Sydney & Melbourne, perhaps reflective of the quality of wool on offer.

It was mostly red across all indicators this week except for a handful which bucked the trend, the stand outs being the 18.5MPG in Melbourne & 19.5MPG in Sydney which both lifted 11 cents on the week prior. Other indicators to lift were the 16.5,19,20 & 21 MPG’s in Melbourne posting gains of  between 2 and 8 cents.  All other indicators 21 and finer fell this week, between 1 to 36 cents with the 18MPG in Sydney falling the most.

Crossbred wools all fell bar the 30MPG in Melbourne which was 4 cents dearer. The 28MPG in Sydney fell the furthest of the crossbreds, down 23 cents on last week. Cardings in Sydney and Fremantle rose 3 & 8 cents respectively while in Melbourne the indicator fell by 5 cents.

This week on Mecardo, Andrew Woods looked at the main micron premium cycles from 1986 to the present, observing that although there are no simple patterns, many of the past cycles peaked 25 months into the cycle, from their lowest point. The current premium cycle is in month 20 and therefore has some room historically speaking to increase further although some cycles have peaked much earlier therefore it’s difficult to say how much longer the current premiums will last.

Andrew also looked at crude oil & fibre prices to see if there are any correlations between the two, in light of the extreme rises we have seen in crude oil prices recently.

Next week sales return to the regular Tuesday/Wednesday timetable, with Melbourne also selling on Thursday with 48,286 bales on offer across the 3 selling centres. 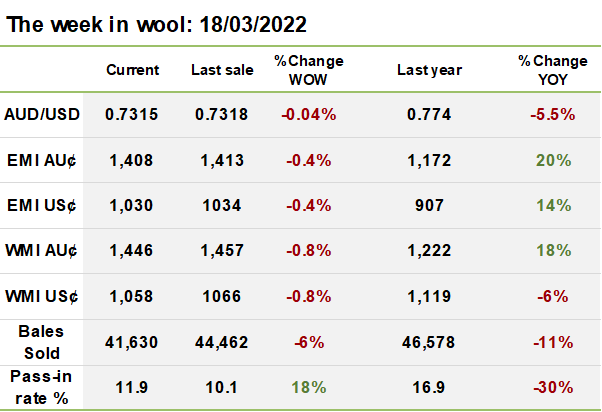 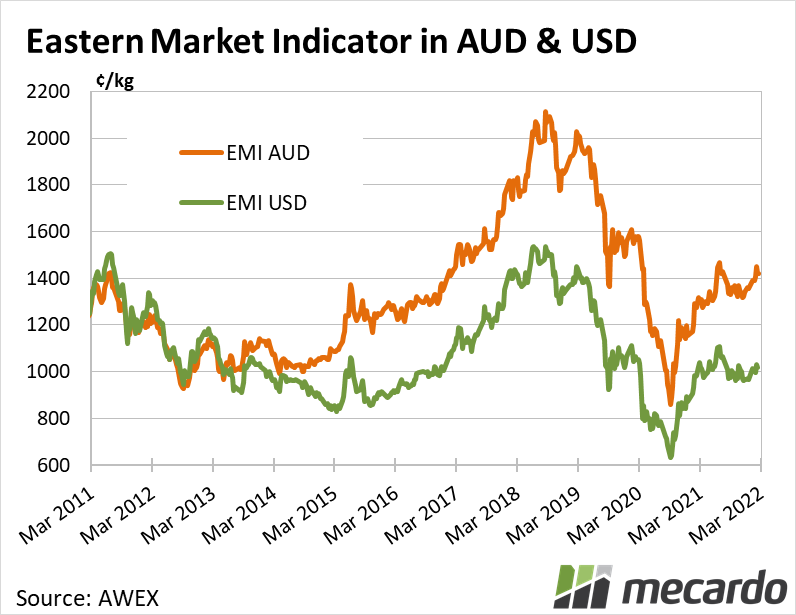 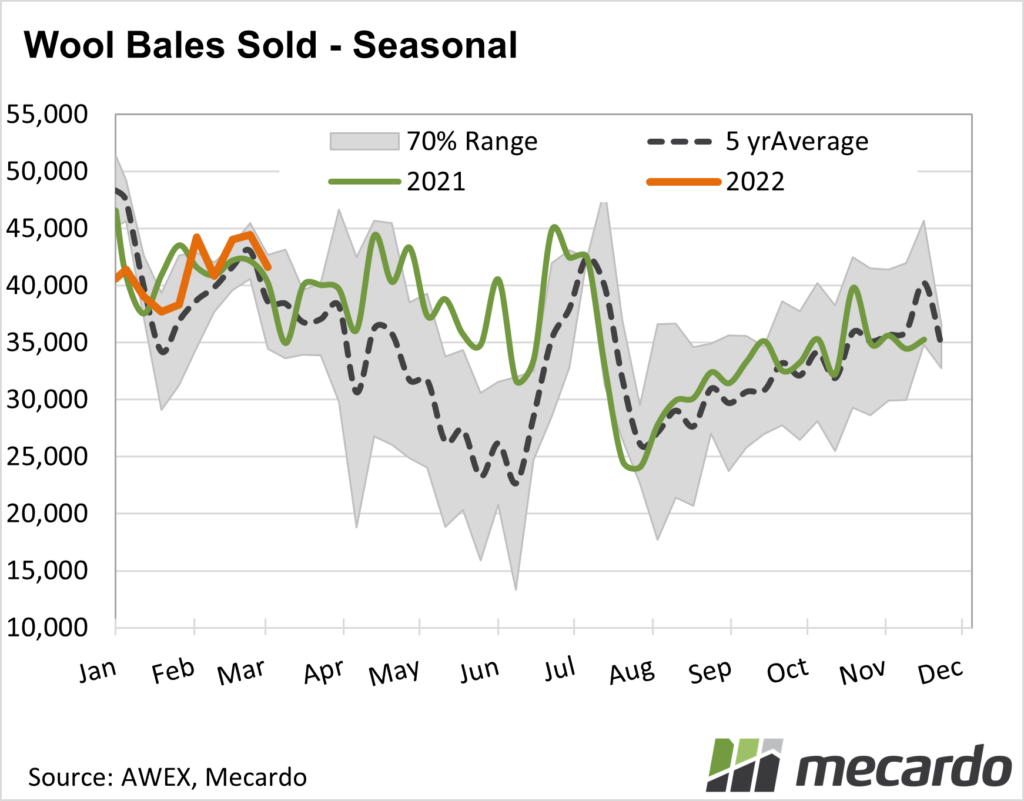