Exporter weather in the spotlight

Grain markets continued to see support last week, with CBOT wheat (Dec’ 20) break-ing through key technical resistance of 600¢/bu. The strength of the rally is being driven by on-going weather concerns in the Black Sea region, parts of the US Plains (HRW) and South America. Corn is similarly lending support as unabated demand from China has driven corn futures to their highest level since this time last year (wet harvest in the US).

In the US, useful rains are forecast through the key wheat-producing states of Kansas and Oklahoma, albeit centered in the Eastern regions. The following 7-10 day period appears dry.  Temperatures will also start dropping as we move into November, throwing more emphasis on this week’s forecasts.

Southern Russia also looks to pick up some useful showers this week, but totals appear far less than what is required to catch up on seasonal deficits.  FOB prices in Russia and Ukraine continue to rally and are now above $250/t and up 27% since August. Russia is expected to export ~40mmt this year out of their production of 84mmt.  With domestic prices soaring, consumers are getting a little anxious and will be watching whether the Russian Gov’t set export quota’s as a means of keeping inflation under control.

Good rains are expected across Brazil and Argentina later this week.  After a prolonged dry period where Argentine estimates were dropped from 21mmt to 17mmt, stabilising rains will be welcomed.

Similarly, in Brazil, the soybean crop is at 6% planted, well behind the average sowing pace of 20%.  These rains should see the soybean crop catch up and be well established.  It may see harvest getting pushed out to February due to the delay in planting.

It feels like the market is getting a little top heavy, so don’t be surprised to see some profit-taking happen. 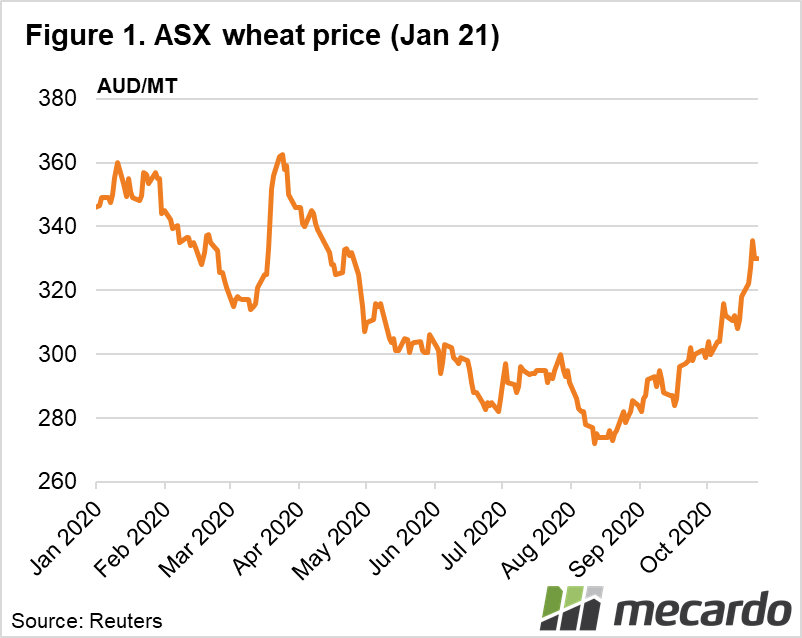 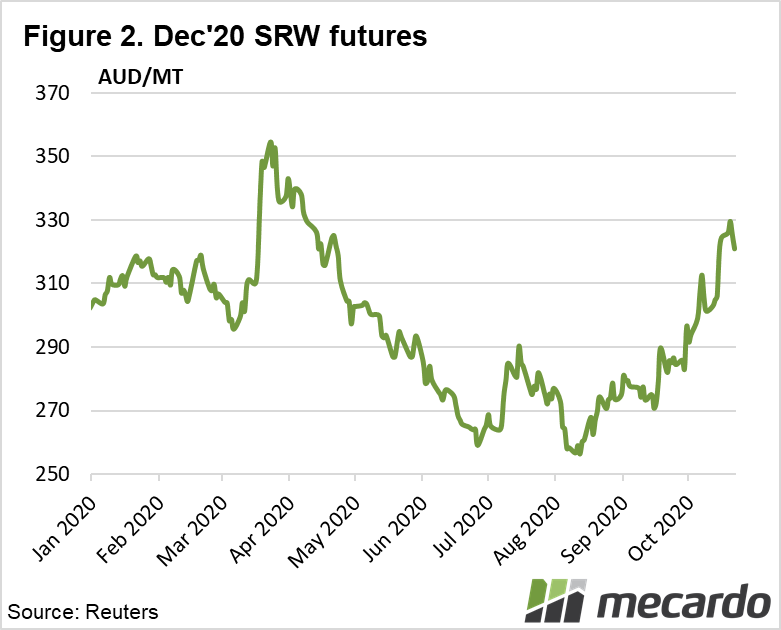