The situation on the ground in Ukraine is fluid, and information is in short supply. In such an environment, taking everything that is reported at face value immediately can be hazardous, meaning that you need to look before you leap, and give new information a careful sense check before overreacting.

While the declaration of “fake news” seems synonymous with statements made by Donald Trump,  misinformation is more widespread than many would realise. It’s not just political in nature either- it exists within the grain & oilseed industry too, and the motivation for some can be attempts to spark rumors, driving the futures markets.

Recently, multiple news agencies were reporting that upon opening up an export corridor out of the black sea, around 20mmt of grain stored at the port of Odesa alone would be released. However, the reality is that credible sources like the Ukrainian grains association estimate that total port storage capacity in Ukraine is just 6mmt. The 20mmt figure that got caught in a maelstrom of “chinese whispers” between media outlets is probably more related to total grains available for export.

Furthermore, CNBC has recently reported that White house spokesman John Kirby has been claiming that Ukraine has 80 vessels, carrying 20mmt of grain ready to leave Ukraine (see here). The error in this statement was called out by prominent black sea grain analyst, Andrey Sizov of Sovecon. Firstly, many vessels typically only carry up to 60kt each, meaning that 80 vessels could only feasibly carry 5mmt at the most, making the whole statement ludicrous. Secondly, it’s unlikely that many grain ships are currently stranded in Ukrainian ports- a figure more like 10-25  is sensible.

The Kyiv independent has indicated that only around 10 ships are currently loaded with grain, and ready to leave the ports of Odesa and Chornomorsk. Case in point, recent reports have also indicated that the first ship to leave, the MV Razoni, only carried 26kt of corn.

Mercado’s own investigations of sea traffic in the black sea using AIS (Automatic Identification System) tracking data indicates that up to 23 bulk carriers vessels, with a total cargo estimated cargo capacity of 1.5mmt are suspected to be located in and around the key Ukrainian ports of Odesa, Yuzhny, and Chornomorsk. (Table 1) How many of these have crews on board and will actually sail to transport grain in the next 120 days is unknown.

It has been reported that the Ukrainian administration plans that It will export up to 20mmt of grain worth 10 billion. This may be more than a little optimistic, given that pits the average price at $500US per ton. Given that price, it suggests that it will be higher value oilseeds like sunflower seeds and canola moving, which will not be wheat to feed poorer nations.

New information about Ukraine’s grain exports and the situation regarding the war needs to be viewed with a very critical eye to evaluate not just whether the source looks credible, but more importantly, whether the statements make sense. Remember that Ukraine is a war zone, and there is a shortage of everything, including facts. Indications are that 1.5mmt of bulk cargo ship capacity is currently located around key Ukrainian ports. 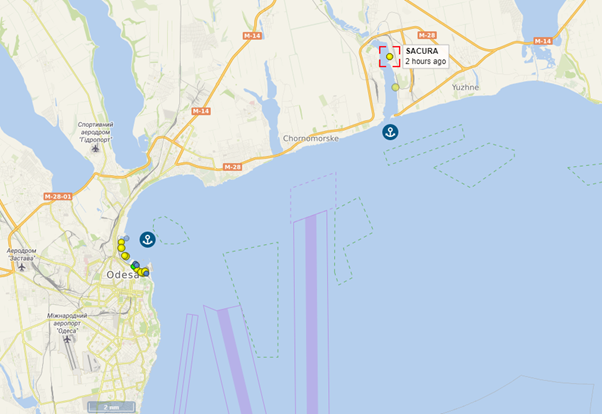 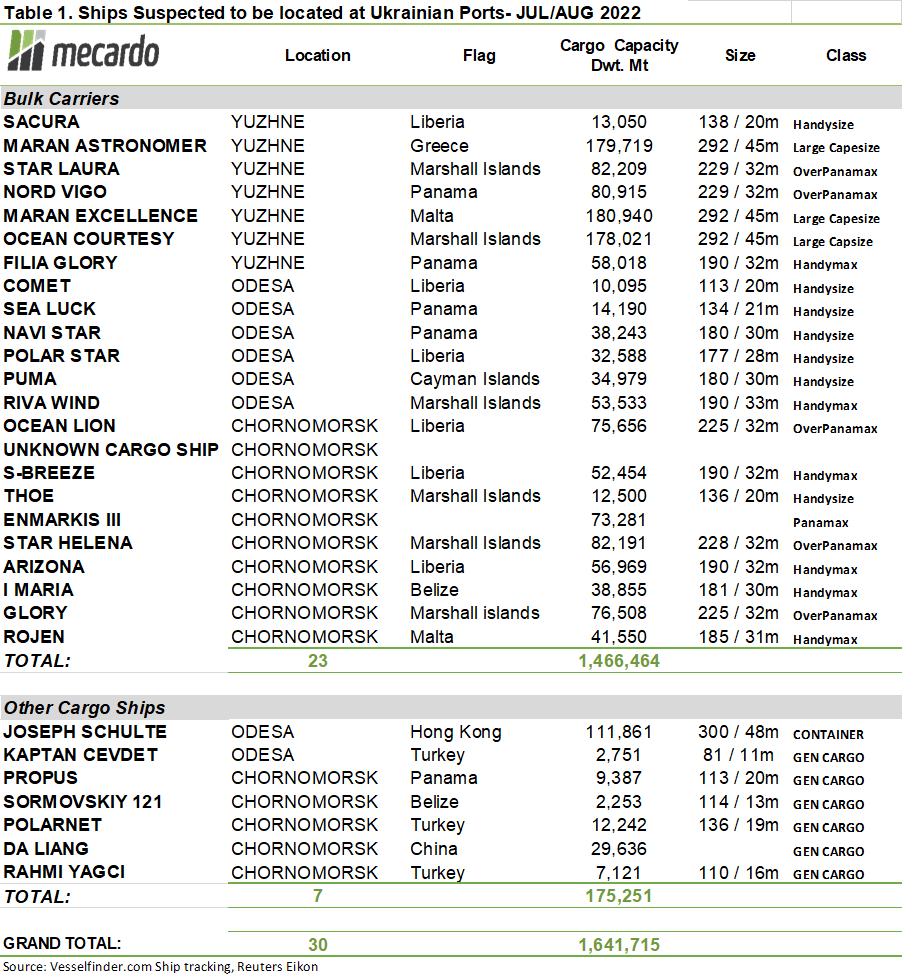