The Australian wool market ended the 2021 sales year with a marginal decline, however as buyers chased specific lots some types finished at stronger levels. Generally, the wool sale result can be seen as a solid end to a year of uncertainty.​

The Eastern Market Indicator (EMI) slid 2ȼ for the week to close at 1,358ȼ. The Australian dollar again moved lower, falling again by 0.3 cents with the US/Au rate quoted at US$0.7108. The EMI in US dollar terms eased slightly, falling 6ȼ to settle at 965ȼ.

The crossbred indicators were also mixed, with the 28 MPG quoted falling 19ȼ, while the 30 MPG lifted 8ȼ.

Cardings improved by 15ȼ in Melbourne but fell by 1ȼ in Sydney and 17ȼ in Fremantle.

On Mecardo this week (view article here), Andrew Woods looked at the Vegetable Matter content across the wool producing regions. Since the 1990s sheep production in south west Victoria and southern South Australia has swung back from historically high levels of merino towards prime lamb production. By default this has concentrated merino production in the higher VM production regions, a trend intensified by a southern movement in the rainfall zones. The average VM in the merino clip is likely to be higher than would have been expected two decades ago. 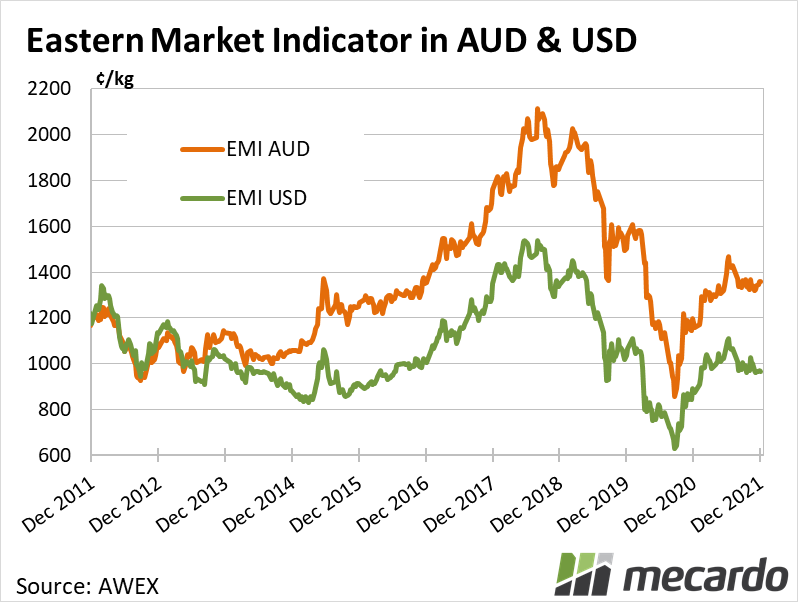 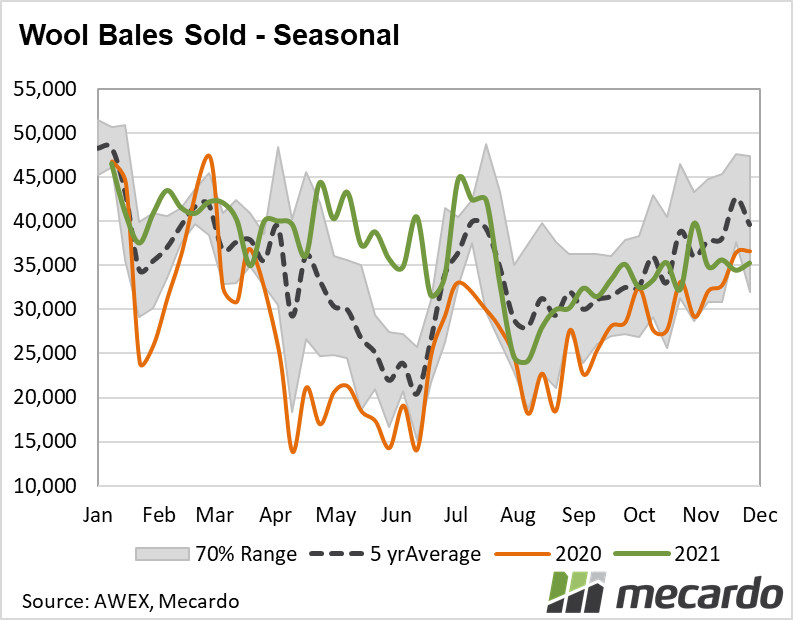