The strength of the market this week again can be sheeted home to the finer microns which dragged along the rest of the market to see almost all categories post gains. While the wool market in general is improving, it is the fine wool premiums that have come back to historic highs on the back of reduced supply and a general broadening of the clip with the breaking of the drought.

The Eastern Market Indicator lifted 21¢ to finish the week at 1312¢. A similar result was posted in US dollar terms with the Aussie dollar marginally softer to US$0.77, lifting the EMI 16 US¢, to finish at 1011¢.

At Fremantle sales, the WMI also had a positive week, with all categories except the 21 MPG improving, lifting the WMI 11 cents for the week to settle at 1329¢.

The story of the market was reflected in the finer than 18.5 MPG’s posting gains of 34 to 126 cents, while 19 MPG and broader had a mixed result with movements ranging from -47 cents to +49 cents.

The Crossbred offering had a solid week with AWEX reporting little changes across the micron ranges.

Cardings performed well with the Cardings indicator lifting 26 cents in Fremantle and posting gains of 20 & 15 cents in Sydney & Melbourne respectively.

This week on Mecardo, Andrew Woods took a look at the long term micron price curves. The recovery from drought in eastern sheep regions since early 2020 has pushed the merino (and crossbred) clip broader which has reduced the supply for fine merino wool, increased the supply for broad merino wool and in doing so helped to increase the micron premiums and discounts in the greasy wool market, to levels on par with past cycle peaks. From a risk perspective, the outlook is for smaller premiums in 2021 and beyond as these premiums rarely hang around for long. There seems to be some fine merino wool in the farmer stockpile which should take advantage of these premiums (and price levels).

Next week there is a big lift in the roster, with 50,821 bales listed for sale across the three principal selling centres. Melbourne will conduct a three-day sale, while Sydney and Fremantle have two-day sales listed. This increased offering will test the recent positive market sentiment. 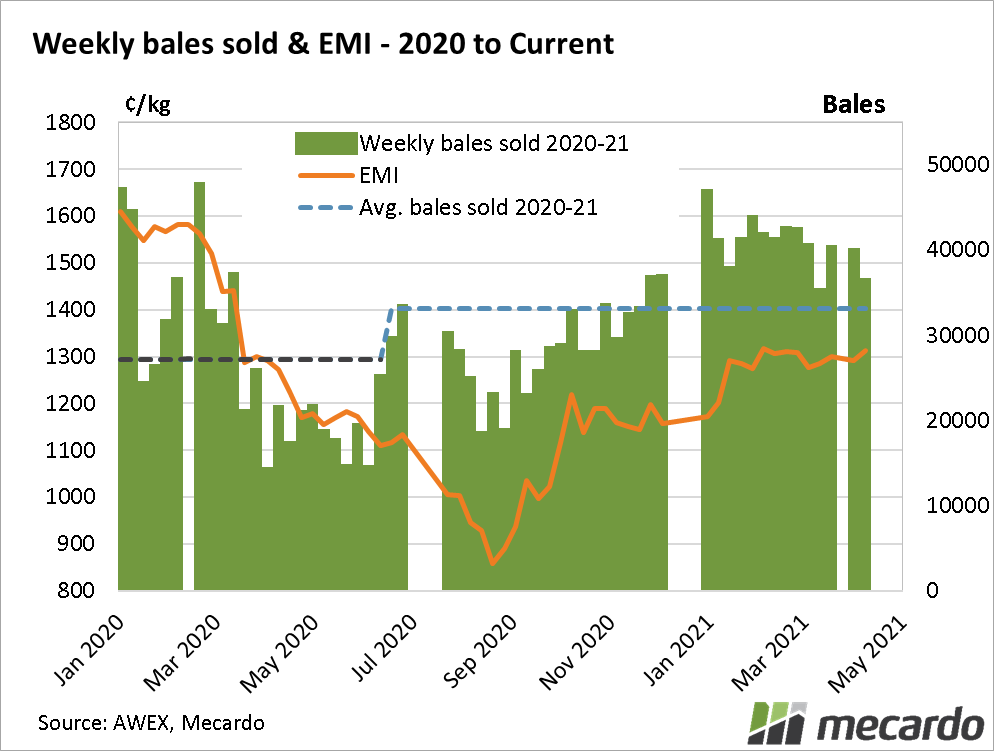 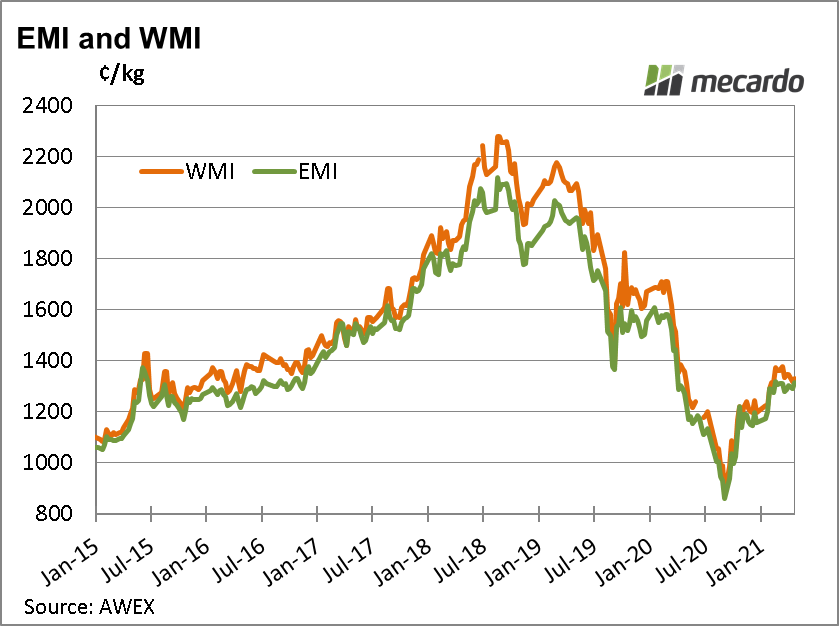