The quarterly Livestock Products data was released by the Australian Bureau of Statistic (ABS) last Friday, and as always, it was much anticipated. There were a few surprises in the data, and as always, they have implications for lamb supply over the coming months.

The slow start to the year in terms of lamb slaughter was well documented.  Labour issues due to Covid, and a general lack of workers, saw low slaughter rates in January.  We were expecting lamb slaughter for the first quarter to come in lower than last year, but it just managed to surpass last year’s March mark.

We can also see from the 12 month moving average in figure 1 that lamb slaughter remains low compared to the last 10 years, as expected during a flock rebuild.

With the slow early slaughter rates, there was an expectation that weights would be up in the March quarter.  Slaughter weights are simply the total lamb production divided by the number of lambs slaughtered.  Figure 2 shows average lamb slaughter weights at 25.3kgs/head on the east coast, the second highest level on record, after June 2021.

Average slaughter weights for Victoria gained the most, up 0.9 kilograms on last March to 25kgs, while SA were up 0.7kgs and NSW was steady.  It will be interesting to see if slaughter rates continue to rise, with grain becoming more expensive, and more lambs expected to hit the market over coming years.

With slaughter being similar to last year in the first quarter, and Meat and Livestock Australia (MLA) forecasting an increase in slaughter this year, rates will have to step up to meet the 21.6 million head target. 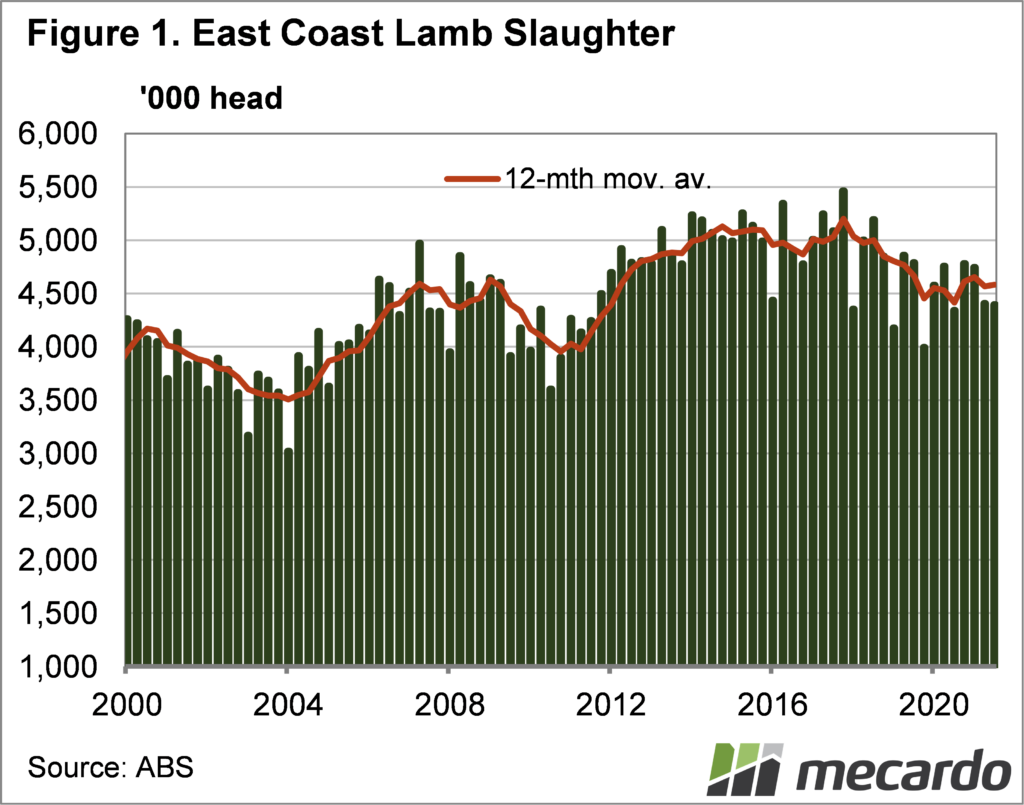 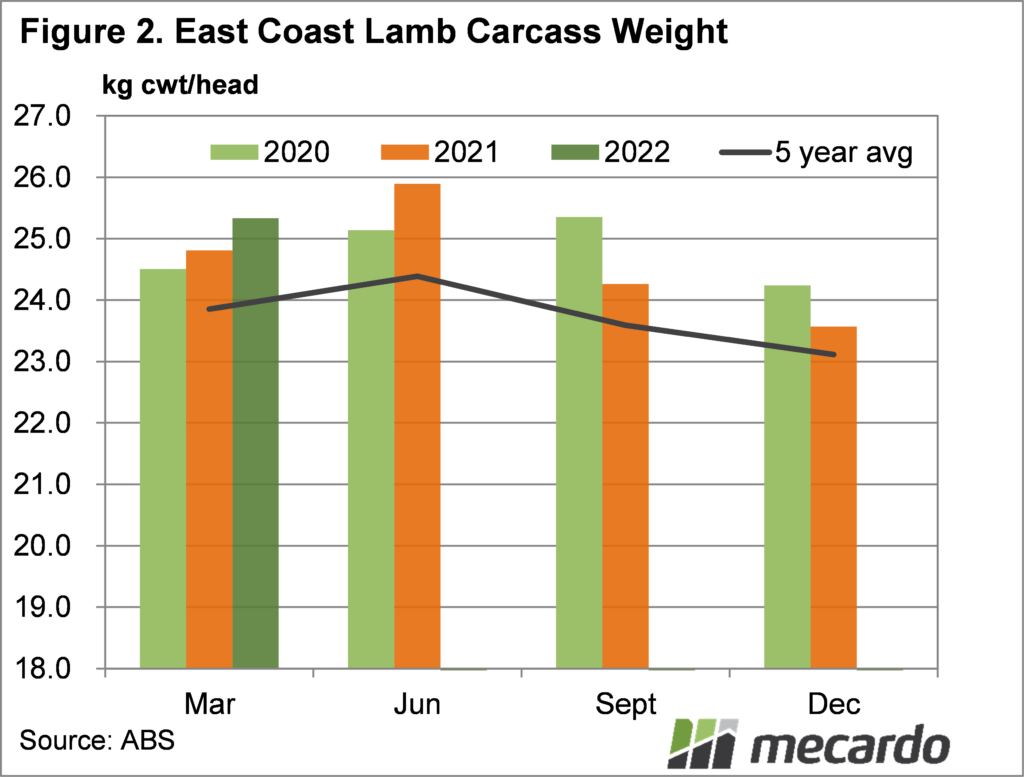 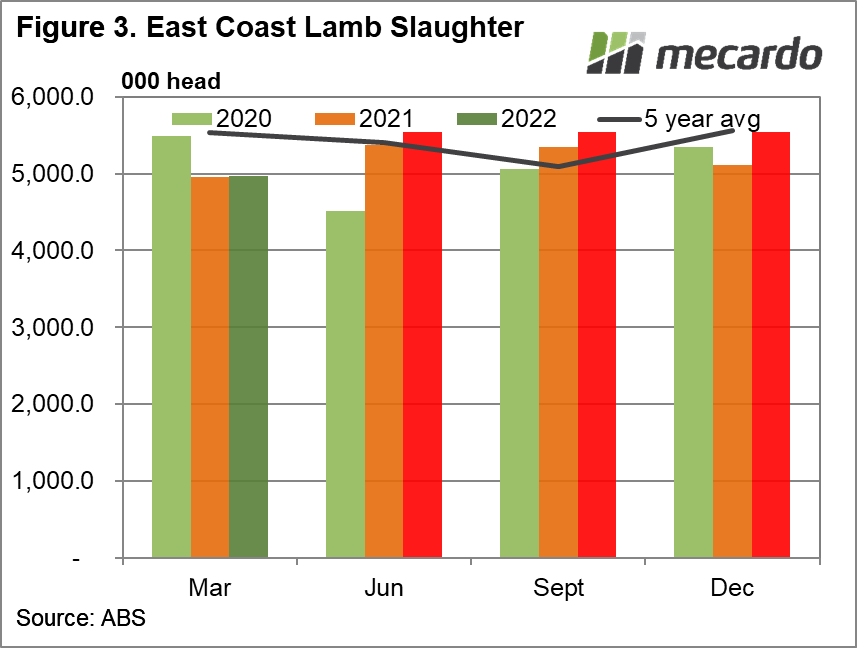