Lamb and sheep prices snuck higher this week and considering this was in step with increasing supplies to yards, tells the story of strong demand. Large numbers of new season lambs flowing in South Australia were welcomed into a stronger market, while Victoria’s spring flush is still biding time.

Last week’s saleyard reports out of the south of the country hinted at rising new season lamb numbers, and now we have the figures to confirm. East coast lamb yardings lifted 15% for the week ending the 6th of November compared to the week prior. This saw a total of 214,418 lambs yarded.

South Australia was a real driver, with a 51% week on week increase in lamb yardings. The tally of 37,329 lambs that came forth in SA could already mark the peak volumes of the state’s spring flush this year. The weekly total for SA was higher than any week in 2019.

There is no sign of rushing in Victoria where the spring lambs are moving slower. There was only a 3% increase in yardings week on week, and the total was 21% lower than the five-year seasonal average.

Strong sheep prices have also pulled more sheep to yards, with east coast yardings up 6% on the week prior. Processors also made up for recent lower volumes, by processing close to 90K sheep in the east. East coast lamb slaughter is still tracking at around 9% under the five-year seasonal average, or just 2% lower than the same week last year.

The Eastern States Trade Lamb Indicator gained 11 cents on the week to end at 772¢/kg cwt. The lamb market was slightly weaker in the west. The WA trade lamb indicator dropped 5¢ to 637¢/kg cwt.

Restocker and light lambs continued to rule the lamb market. The National Restocker Lamb Indicator gained 32¢ to 928¢/kg cwt. Restocker lamb prices have lifted 11% in the last three weeks. The National Light Lamb Indicator moved 25¢ higher, pushing the indicator to 824¢/kg cwt. Strong competition for restocker and light lambs out of the south eastern states is coming from those looking to turn green feed and stubble into quick returns.

Heavy lamb and Merino lamb prices faltered this week, losing 4 and 5¢ respectively. Mutton made up for the ground lost last week with a 17¢ lift in the National Mutton Indicator to 619¢/kg cwt.

The last five years tells us that lamb yardings in Victoria typically move above 100k head in the third week of November. While we haven’t seen the spring flush build with its usual speed so far, the extra lambs will still start to put more pressure on prices. The question is whether store lamb buyers have enough appetite to hold the market where it is now. 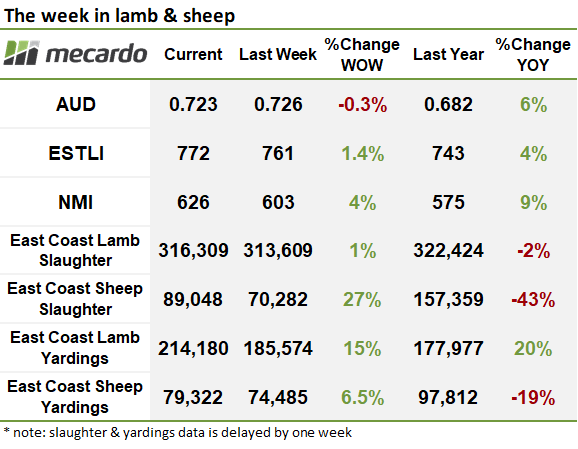 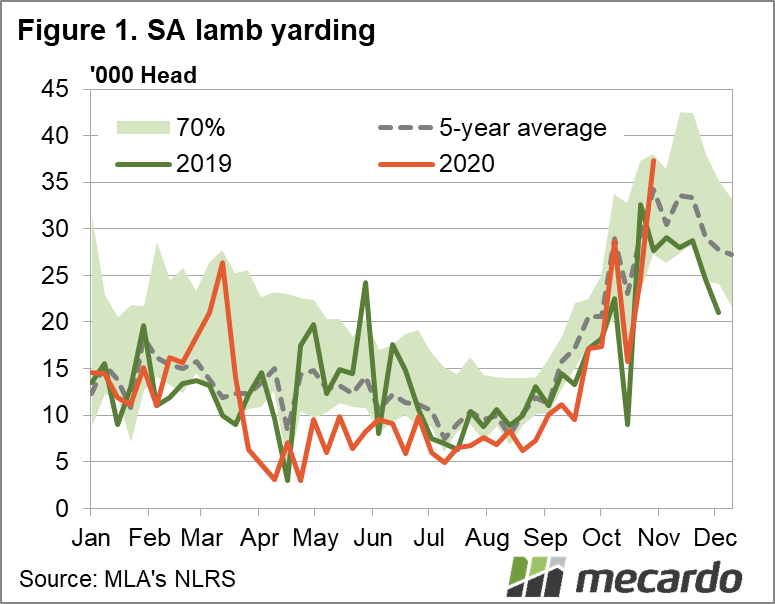