Summer isn’t the prime time for lamb production, but we can still get some highly relevant information from the Australian Wool Innovation (AWI) and Meat and Livestock Australia (MLA) February survey.

The result for the February survey were released last week  and there is a great raft of data to sift through, (Here we take a look at the big picture supply measures for ewes and hand and lambs marked.

February is traditionally the smallest lamb production third (the survey is done three times a year), but the numbers give an idea of how the supply of early new lambs might perform.

What is probably more relevant in terms of 2022-23 lamb supply is the numbers of breeding ewes on hand.  These numbers tell us how many ewes producers have carried over summer, and are going to join for a lamb in 2022.

Figure 2 shows lambs marked in the four months to February, and the numbers solidly reflect the better season.  Total lambs marked were up 46%, with Merinos up 31% and other lambs up 83%.  The total increase was in the order of 1.66 million head over the February 2021 survey.

We can see in figure 2 that February lamb production has never been anywhere near this strong, and it means there will be many more lambs hitting the market in late winter and early spring.  This will likely limit price rises during what is usually a strong price period.

The breeding ewe numbers paint an interesting longer term picture for wool and lamb production.  There is no doubt lamb slaughter will increase, but fine wool production isn’t going to rise as quickly, with the flock rebuild focused on the meat side of the equation. 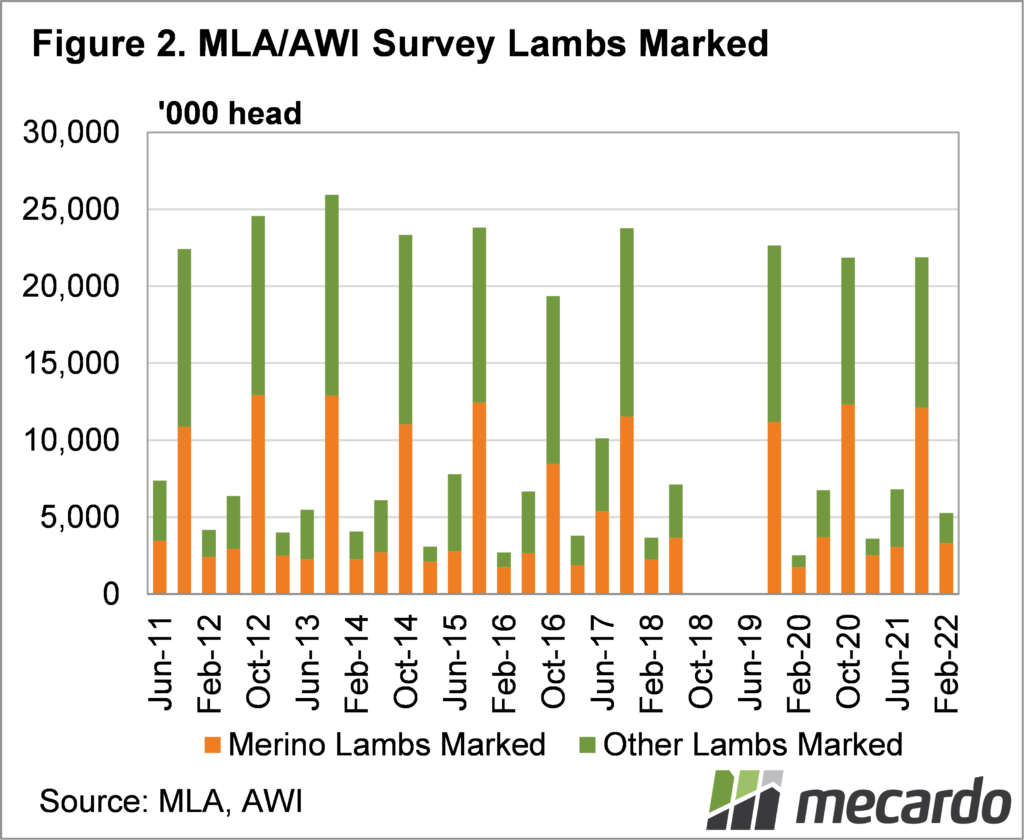