Sometimes you can get too much of a good thing, and the flooding rains in northern Australia have caused some serious disruption to the cattle industry over the last week by shutting down processors and ports and making roads impassable. The market held up well though, all things considered despite a distinct but understandable lack of enthusiasm for finished cattle.

There is no slaughter data to talk about this week on account of disruptions from floods and pouring rain in QLD and NSW, but it’s safe to say that it’s definitely down due to logistical issues and plant shutdowns owing to the inclement weather. Jon Condon from Beef Central provided a good summary of the situation in his article last week. Many plants across QLD and Northern NSW were planned to be shut till mid this week, so this week’s slaughter figures will also be impacted. Once processors and their employees are back on track post flood, we can expect that some stronger numbers in weeks ahead as the industry tries to make up for lost time and fill outstanding orders.

East coast yardings lifted 5% week on week, to 47,343 head, 13,454 to with QLD again increasing its supply to market by another 12%. Current week EYCI supply fell by 33% to 8,722 head though, probably due to the floods in northern Australia, so when the numbers come through about this week, we will most likely see that supply was lower.

The EYCI fell 14¢ (2%) to 1,114¢/kg cwt. Roma store lead the way again, contributing 14% to the weekly index, at 1200¢/kg cwt, followed by Dubbo, also at 13%, and 1,077¢/kg cwt. The lower supply situation helped support prices, despite the inclement weather in the northern regions that probably kept some buyers away.

Over in the west, the WYCI bounced  50¢(3%) to 1,130¢/kg cwt, again on a reasonably solid yarding of 742 head, which was on par from the prior week with prices driven north by a the vealer proportion of yardings rising 9% week on week to 84%

On the national categories, prices dipped sharply in the finished cattle segment, with heavy steers and medium steers losing 5% and 6% respectively due to reduced demand from processors.

The US frozen cow 90CL price has lifted 2c(<1%%) in US dollar terms, to 307¢US/lb but in Australian dollar terms, was relatively steady at 939¢/kg swt. Steiner comments that much of the Australian product landing in the US is bypassing the open market, going straight to end users, and that NZ Beef exports are increasingly being directed to the Chinese market, Tightening supply in the US. The US outlook is still very positive, with Mexico unlikely to supply significant quantities of 90CL, and Brazilian product be hit by additional tariffs by April when they exceed their quota.

As processors and their staff recover from the floods in northern Australia, and the roads dry out and become passable again in some regions, we should see slaughter and restocker demand start to pick up again and provide support to the markets, particularly finished cattle cows. While the last week was extreme, the BOM has forecast above average rainfall over autumn and winter which will be on the minds of producers looking to restock. 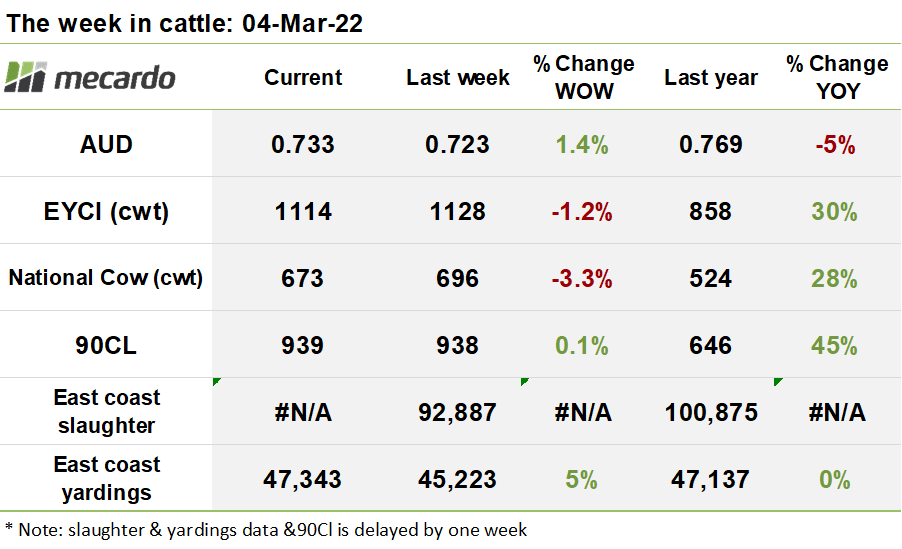 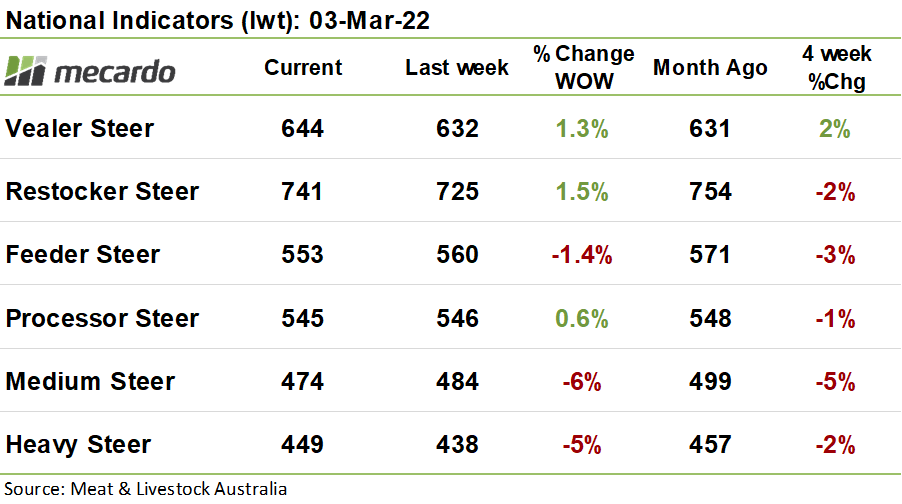 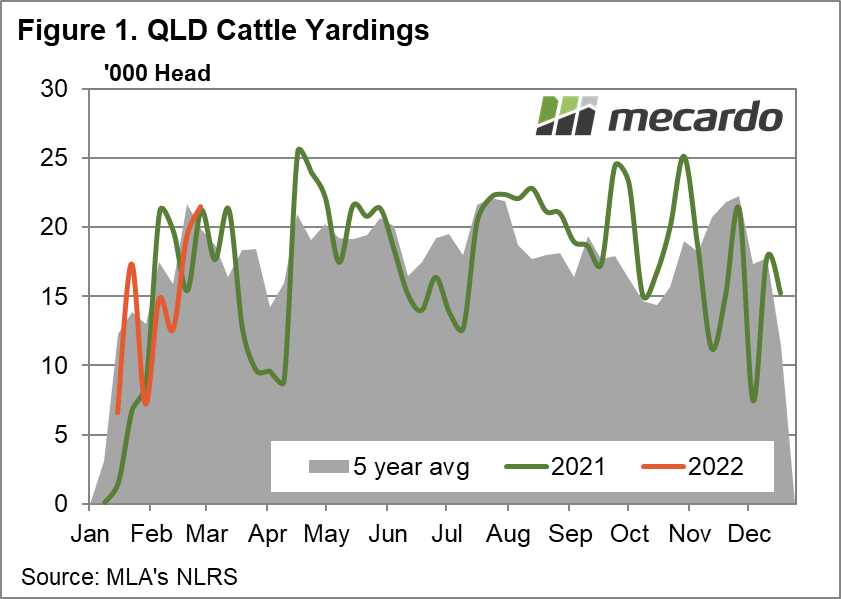