There’s been plenty of talk around the free-trade agreement between Australia and the United Kingdom, agreed to ‘in principle’ by the two countries last month. Previously part of the European Union trade negotiations, the UK’s exit from the EU created an opportunity for new discussion on free-trade with both parties - for the first time in nearly half a century.

The UK market is relatively small for Australian red meat currently on a global level. Most data available includes UK figures in the EU totals, but we can see the UK receives a majority of the Aussie sheepmeat headed to Europe, but only about a quarter of the beef.

So exactly how much Aussie red meat ends up in the UK right now? Not much is the short answer. For the year-to-May, 2 % of all lamb exports have been UK bound, a total of 2,190 tonnes shipped weight. Annually on a five-year-average, the UK takes just over 6,500 tonnes of our lamb. This is a small market compared to say China or the US, each which take on average about 25 % of Australian lamb exports, but it is a majority of the entire European market – which in total is 3 % of the market (this includes the UK’s 2 %). The UK imports even less Australian mutton, with just 843 tonnes swt headed there for the year-to-date. Total sheepmeat exports to the UK are down 15 % for the year-to-May (compared to 2020), and annual volumes sent to the market have been decreasing year-on-year since at least 2014.

All tariffs on Australian red meat headed to the UK will go by the wayside after 10 years, and duty-free quotas will be lifted each year during that time. While UK demand (or Australian supply for that matter) is not expected to explode overnight, it will open the door for more high-quality Aussie grainfed beef to be eaten by Britons, as the current quota on that product (shared with EU) is being filled within weeks. It will also put Australia on a more even playing field with lamb from New Zealand, which currently enjoys much better market access. 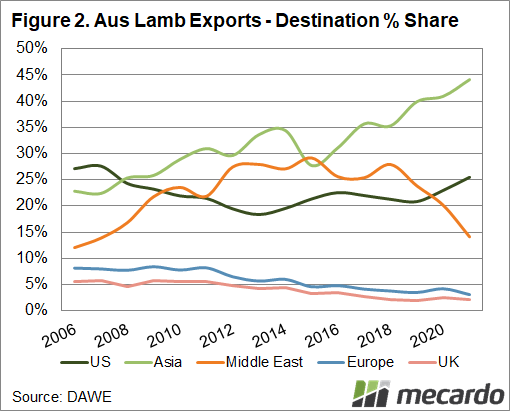 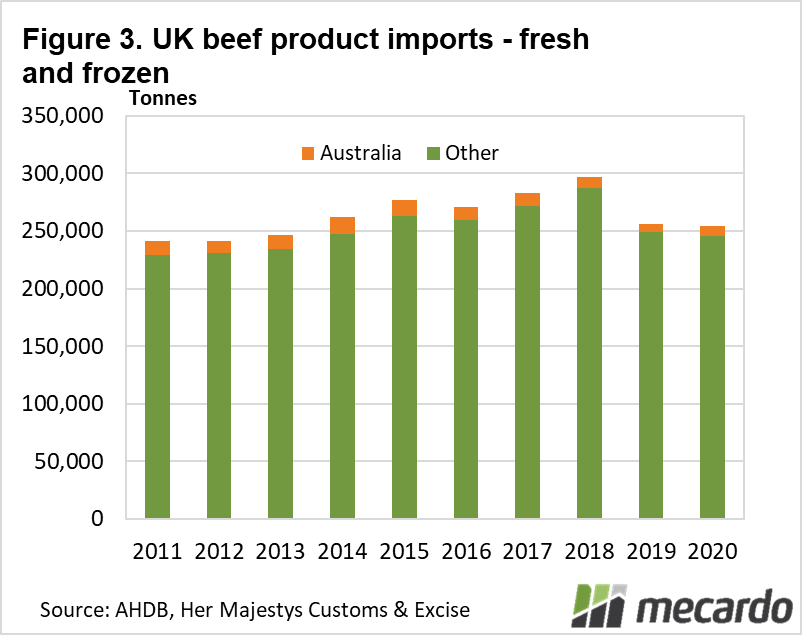