Australian sheepmeat exports were looking relatively unscathed by the pandemic disruption, that was until May. Trade flows to all key export markets saw significant reductions with freight issues, food service shutdowns and local tight supply all contributing.

Figure 1 highlights the total flow of Australian lamb for the start of the 2020 season compared to last season and the five-year trend. Total volumes for the first quarter of the year were running 10% above the five year average, however May saw a 21% decline in volumes from April. This put total lamb exports in May 27% under the five year average.

Trade flow volumes to all key lamb destinations eased in May. Compared to April, exports to Asia were down 17%, the US  down 27% and the Middle East down 16%. Severe disruption to freight and economic pressures in Middle Eastern markets, has led to a significant decline in imports of Australian sheepmeat (Read more here).

In the months of March to May, lamb volumes to the Middle East were 29% below the five-year average for the period. While the Middle East has held the second spot of Australia’s lamb export volume marketshare since 2011, the recent decline has seen the US overtake this position (Figure 2).

Tight sheep supply has helped shield mutton markets from what could’ve been the fallout of the COVID-driven demand drop. Total mutton trade flows were down 31% on April and 41% on the five-year average for May (Figure 3). Again, key markets of the Middle East, USA and Asia drove much of the decline. Interestingly, mutton exports to Europe rebounded after a low in April.

Despite well below average export figures, both lamb and sheep volumes for May were still above the last comparatively tight supply year of 2011, illustrating the growth in sheepmeat export markets over the last decade.

Meat & Livestock Australia’s projected 31% year on year decline in mutton shipments mean export volumes will be light for the second half of the year. A large lamb crop may help lamb flow from Australia at levels similar to last year, but that’s assuming the demand is there.

The appetite for Australian lamb and Mutton amidst an extensive global economic downturn is still largely unclear. What we do know is that the diversity of our export markets and limited availability of slaughter stock in Australia has provided protection from what could have been significant market losses. 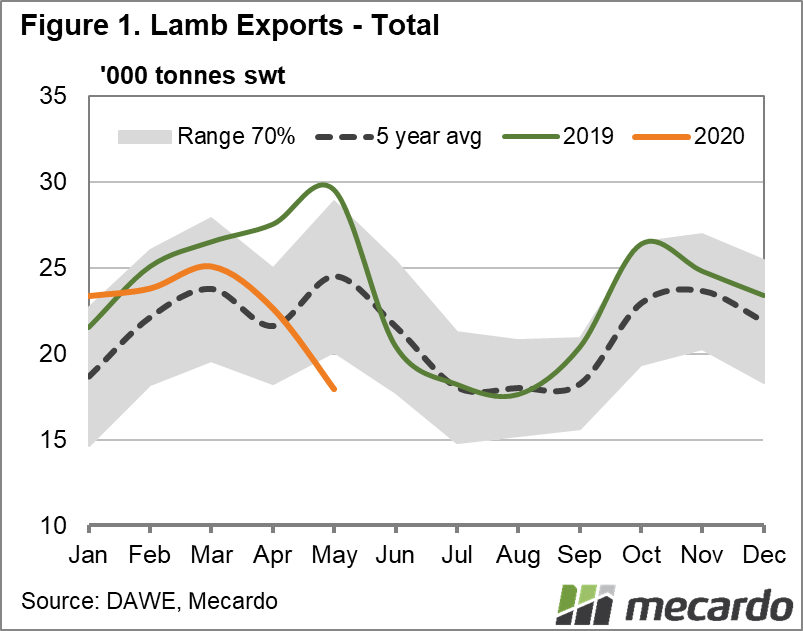 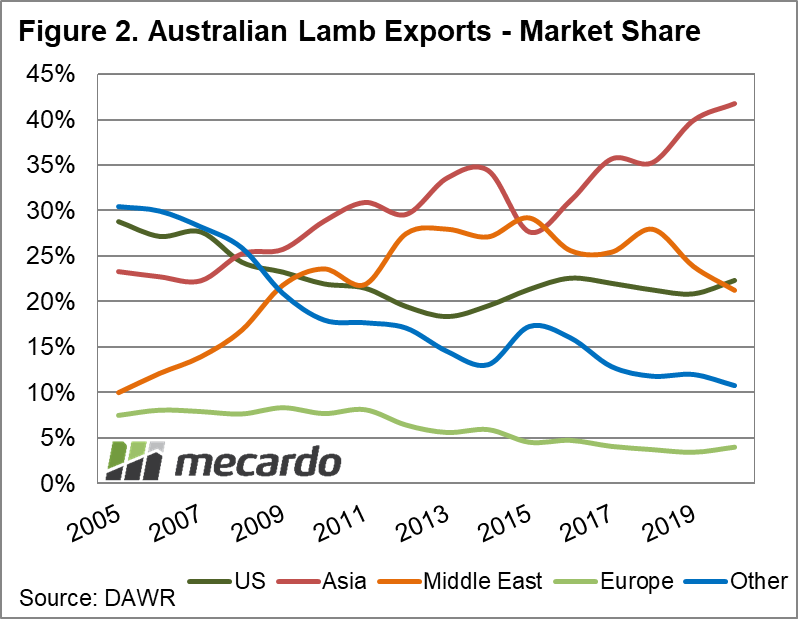 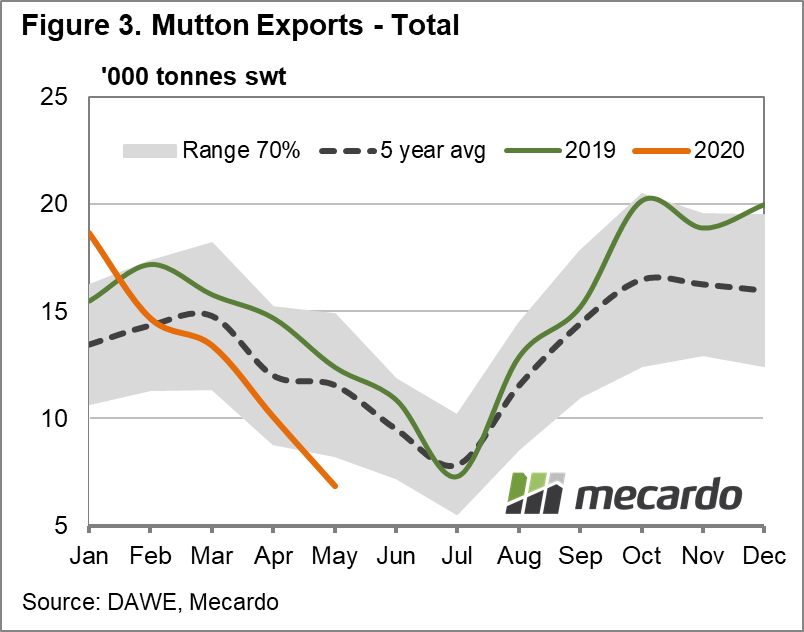