We knew when the rain came cattle on feed numbers would decline, and decline they have. No doubt the COVID-19 crisis has helped decrease the number of cattle on feed, with uncertainty surrounding finished cattle prices seeing caution from lotfeeders.

While it was a heavy decline from December, figure 1 shows that the number of cattle on feed was actually not that far below where it was sitting for much of the recent drought period.

It was the big cattle feeding states which drove national numbers. Queensland cattle on feed numbers were down 16%, and NSW down 13%.  In southern states, normal seasonality prevailed, with small increases in cattle on feed as paddock feed declined.

Usually it is either a large change in cattle marketings, or placements, which drive moves in the number of cattle on feed. In March we saw big changes for both.

Marketing of grainfed cattle hit a record in March, which is not surprising given cattle on feed were at all-time highs. In the March quarter, there were 21% more cattle turned out of feedlots than in December and 15% more than March 19. Marketings were 5.4% higher than the previous record set in December 2018.

Lotfeeders were unable to replace all the cattle turned off in the March quarter, with placements of cattle on feed down 15% on a national level to 711,434 head. Both NSW and Queensland recorded falls in placements of 21% on December, and were down 12% and 14% on March 2019 respectively.

In NSW we haven’t seen placements this low since March 2016 (Figure 2), and it is only the second time they’ve been below 170,000 head in the last seven years. Contrary to this, Victoria had its second largest number of placements on feed on record, while WA hit a new record of 57,921.

Record grainfed cattle turnoff, combined with declining total slaughter saw a new record for the proportion of slaughter from feedlots. Figure 3 shows that 44.6% of cattle slaughtered in the March quarter were grainfed.

Last week we saw the Female Slaughter Ratio remaining stubbornly high in March, and we think the large proportion of grainfed cattle being slaughtered might have something to do with it.  Plenty more heifers have been through feedlots, but this is likely falling heavily now.

Lower cattle on feed numbers are now seemingly being felt at slaughter level. The recent rally in finished cattle prices is likely due to falling lotfeeder turnoff combined with fewer cattle off grass. Lotfeeders are also back to record pricing for feeders, as there is plenty of empty space opening up in feedlots. 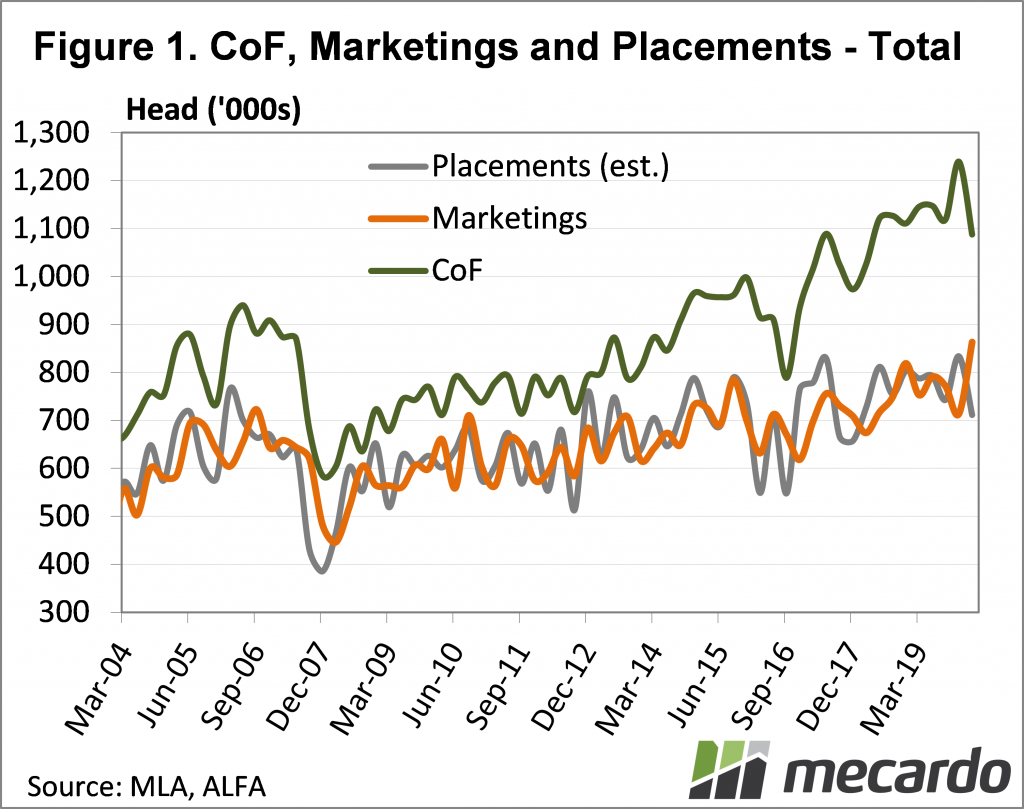 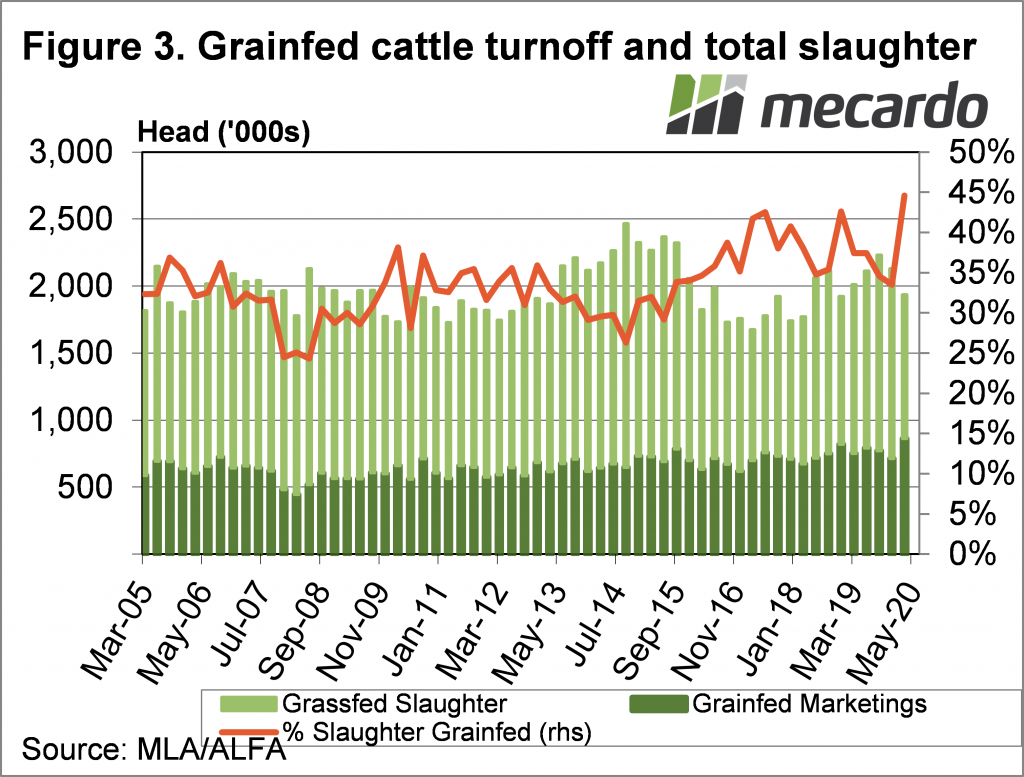