From Russia with love

The wheat market is in chaos and it is due to political interference more than any fundamental issue. We know that wheat is riding the coattails of very tight corn and soybean stocks, and while there is solid demand for wheat, the global stocks do not lie. There is no shortage of wheat with much of it centred in the world’s largest exporter - Russia. The trouble is, the bulk of production was in the central regions, at some distance to the main export regions in the south, bordering the Black Sea. A cheap rouble, increased freight to port and a reluctant farmer has conspired to lift Russian wheat prices to record levels. Enter food inflation.

President Putin decreed to curb food prices by introducing an export tariff of some US$30/t.  This was to be put in place by mid-February until the end of June. For a country that has just produced 85mmt with an export target of 36mmt, the measure while extreme, was primarily done to reduce the cost of staples.  It has so far, backfired spectacularly.

Current Russian exports sit at 23.7mmt (+19% year on year) since the start of the 20/21 marketing year.  As farmers and the trade rush to get grain out the door before the onset of the export tariff, this has had the somewhat unfortunate effect of actually increasing domestic prices. We are seeing Russian offers into routine tenders suddenly way off the money and the trade reluctant to sell Russian wheat in case they get slugged with the $30/t tax.

This has thrown demand to other major exporters, including the US, Canada and Australia with a subsequent increase in price (see chart courtesy UkrAgroConsult). For our growers, it is an unexpected gift and will help shift the massive Aussie crop.

The Russian farmer is likely to become an even more reluctant seller once the tax is in force, but by inference, this will likely see an abundance of wheat become available at the same time as new season crops hit the pipeline. The initial reluctance to sell was due to a dry early autumn with winter wheat crops exposed.  However, Russian weather has stabilised ahead of winter.  Late rain and now snow is providing some much needed moisture but also protection ahead of the inevitable cold blasts. Upwards of 30cm of snow is expected to fall across the key southern and central Russian agricultural districts this week.  The same can’t be said of Ukraine where rains have been sporadic and the snowpack uneven. A poor Ukrainian crop won’t move the needle as much as a poor Russia crop, but it will be a flag to watch as the Northern Hemisphere moves into Spring.

In the short term, expect wheat prices to remain bullish.  While global stocks are relatively comfortable, support to wheat will come from South American weather (corn and bean influence) and the absence of Russian wheat from international tenders. 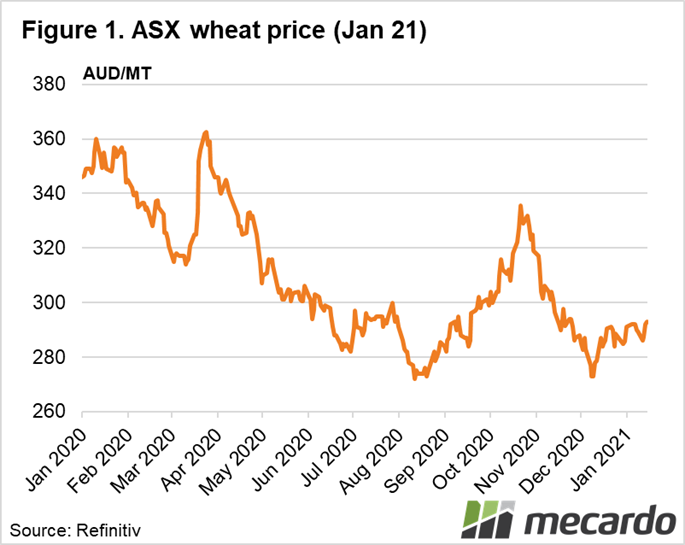 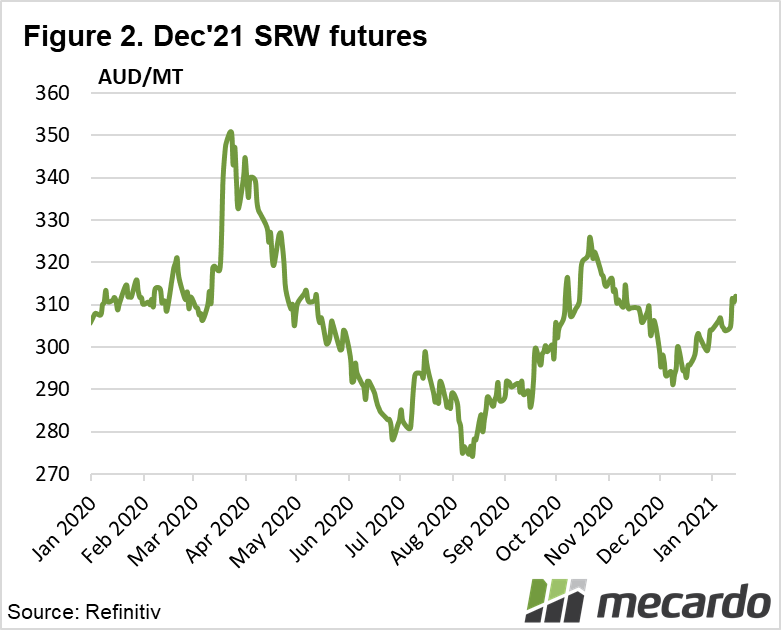