Whilst our Australian athletes have been competing for gold in Japan, our beef exports have also been very competitive there, taking out the gold medal for imports of Aussie beef. Total beef exports picked up in July despite the usual winter supply issues.

Japan was the star performer in terms of beef export markets.  Beef exports to Japan lifted 15% on June, and the same over July last year.  The 24,199 tonnes exported to Japan was the highest level this year, and the second-highest since March last year.  Figure 2 shows Japan bucking the trend of falling supplies.

The main driver behind the shift in market share is more to do with supply than demand.  The US and China import more low-value beef, the stuff that comes from cows and manufacturing steers.  In the US much of our beef ends up in burgers, mixed with fatty trim from US Grainfed Cattle.

The supply of well-finished and grain-fed cattle has also declined with the smaller herd, and higher-value beef production has waned as much. However, not nearly as much as low-value supplies. Hence Japan and South Korea, both of which import higher value beef, have managed to maintain export levels.

There is nothing wrong with world beef demand.  Australia could easily find markets for much more beef if it was available.  The strong demand out of Japan and South Korea, despite prices hitting record highs, is positive for cattle markets.  The floor for prices when cattle supplies improve seems to keep creeping higher, which is good news for those engaged in rebuilding their own herds. 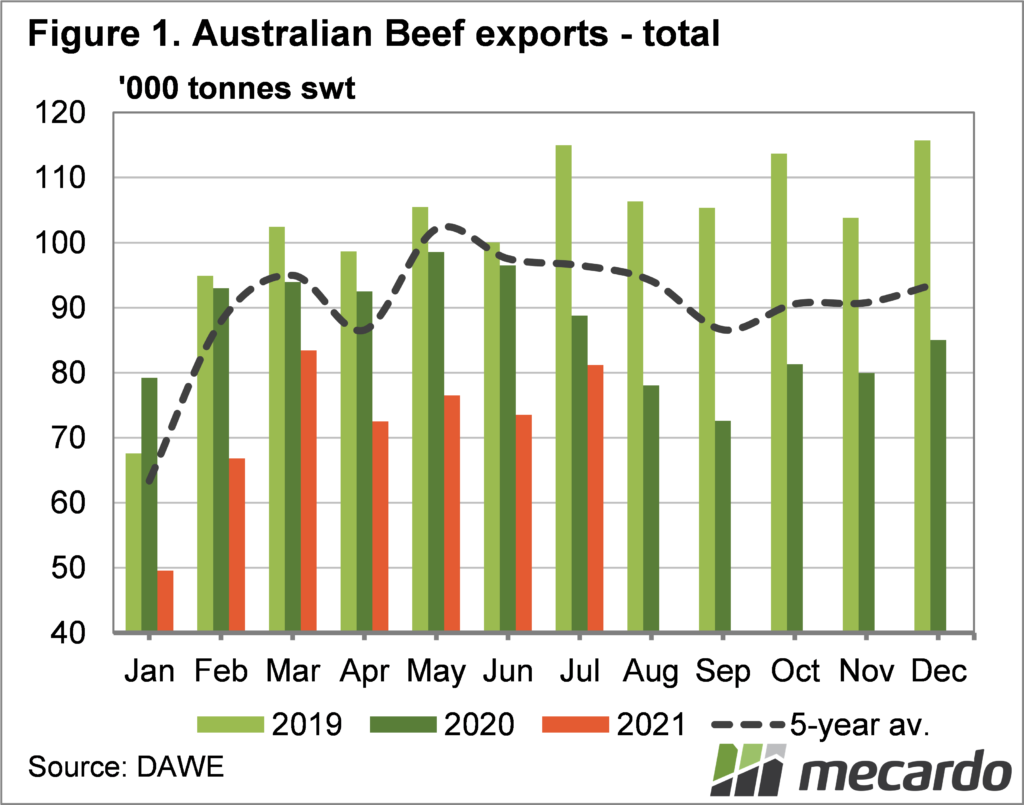 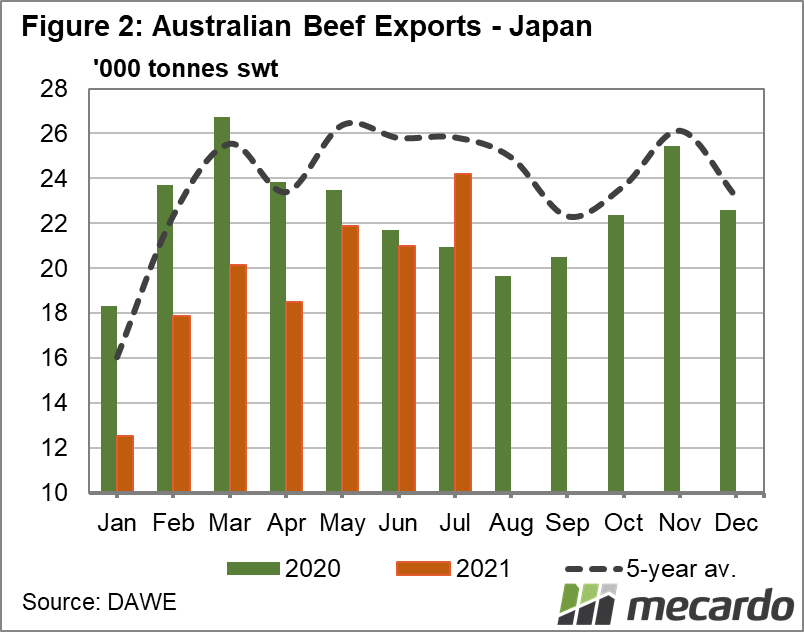 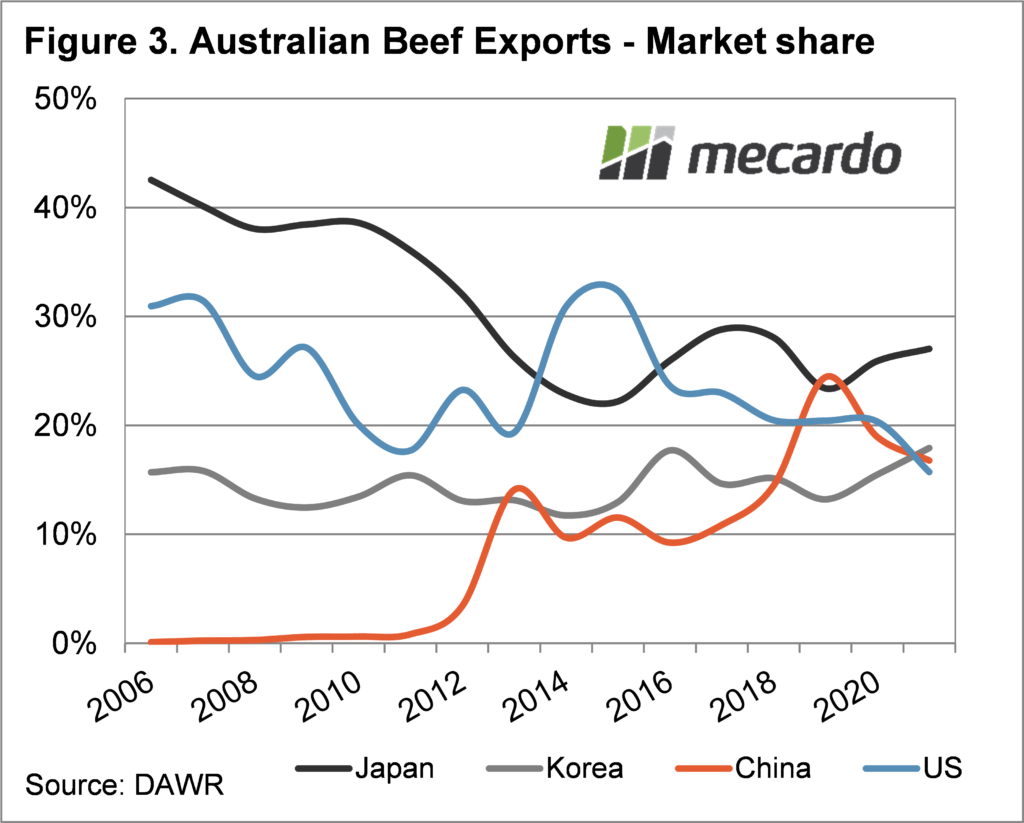