Heavier lambs but fewer of them

We are only three and a half months into the year, but we have already seen records broken in terms of price, and a crash in values to follow. With the February lamb slaughter and production figures released last week, we can see another record has fallen, as growers chase higher values.

Figure 1 shows we expect lamb slaughter to fall again in March, based on Meat & Livestock Australia’s (MLA) weekly figures. Figure 1 also shows how the rest of the year will pan out if the forecast 21 million head are slaughtered, at the five year average seasonal trend.

We can see that from June onwards lamb slaughter is expected to be close to, or higher than 2019 levels. With export and foodservice demand weakening with the COVID-19 crisis, similar lamb supply isn’t great news for prices.

Improving seasonal conditions, and cheap feed in the form of grass, saw restockers pushing into light lamb categories.  High prices made margins on lambs look good, and as such those with lambs held them for more weight gains.  With the weakening supply coming mainly from the lighter end, average weight increased. We might see more the same in March.

New South Wales usually has the heaviest lambs, and February it had very heavy lambs, averaging 26.6kgs.  Victorian lambs weights were also at record highs, but at 24kgs it was well behind NSW.

Lower lamb supply might be here to stay until new season lambs come on to the market, and that is supporting values at historically strong levels. Winter supplies are also likely to be tight, but we can expect lambs to hit the market when they are ready, pulling down average weights.

With weaker demand and the uncertainty in the market, spring lambs supplies might come in a rush, putting real pressure on prices. Figure 3 shows the Eastern States Trade Lamb Indicator (ESTLI) last spring between 700 and 800¢, this year we could see a 6 in front. 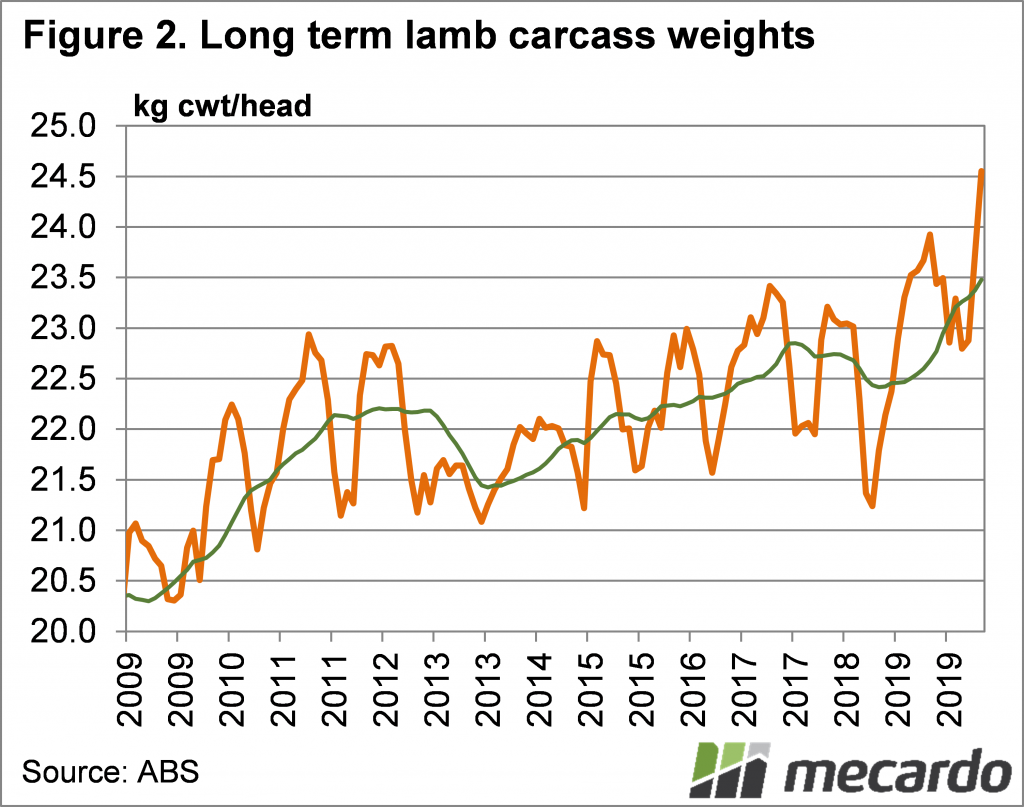 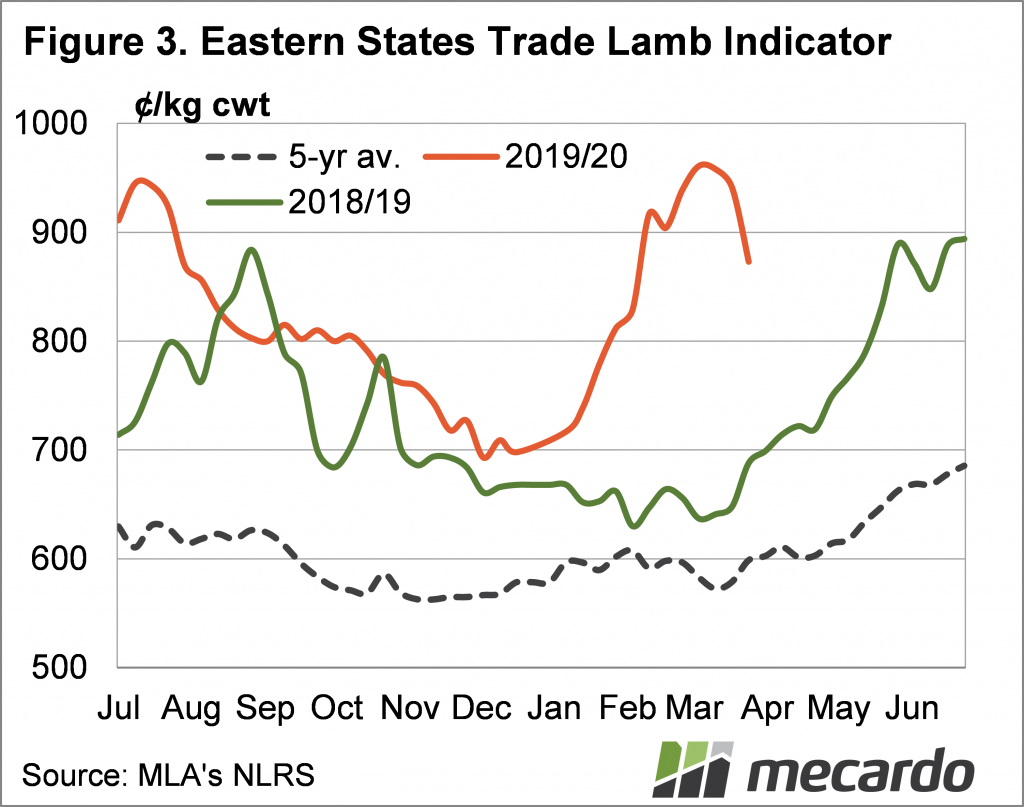