Australian cattle are getting increasingly heavier on turnoff across most of the country, with carcase weights steadily following an increasing trend in most states.

Recent ABS data provided to MLA has revealed that there is a strong upward trend in the weight and size of cattle being turned off to slaughter, particularly in QLD.

The upward trend in weights was not shared universally however, as Victorian producers offloaded finished males 21kg (6.5%) lighter for the first quarter of 2022, at 311kg cwt, which is 51.5kg (14%) lighter than the situation occurring further north in QLD. Lower turnoff weights in southern breeding areas are related to the structure of the industry though, with well bred production animals flowing to northern backgrounders and feedlots for finishing.

When we look at trends in female cattle slaughter, it is clear that the condition of the breeding herd has improved substantially since 2020, with average cow slaughter weights increasing 25.6kg (9.7%) to 289kg cwt. (figure 2) Weight gain in southern breeding country has been particularly pronounced, with cow & heifer turnoff weights increasing a whopping 40kg(14.8%) since 2020. The sharp 4.8% increase in female weights in VIC over the March quarter could be reflective of older, heavier cows whose retention was extended, finally being turned off in response to cow values in VIC sliding from the peak reached in Q4-21. (figure 3)

In general, a combination of the long term dividends from selective breeding, and improved pastoral conditions in many areas over the last two to three years under the influence of the La Niña weather phenomenon, have influenced the final turnoff weight of animals.

The extreme price, and short supply of young cattle has also created an incentive for producers to push the weight of their cattle further than what would have been the norm in prior years in order to extract the maximum possible return from every animal that exits though the gates. This comes back to the ultimate reality that cattle producers are really in the business of growing grass, and optimising the usage of that grass to maximise its’ conversion into animal protein. Rising prices for young restocker cattle have been reflective of the shortage of available cattle compared to the relative surplus of pastoral resources available to grow them.

Beyond a certain point, for heavy steers destined for particular export markets, there is no disincentive at the grid to increase weight as much as possible, as each kg is directly value accretive.

Heavier weights at the processor are indicative of producers retaining animals for longer, to take advantage of both feed availability and inherent genetic potential. The impact on the markets is that longer holding and growing periods, and delayed turnoff result in pushing cattle supply further out into the future, is creating a tighter market in the front end.

This is supportive for price in the short term, but once pastoral conditions turn for the worse, there is potential for a stronger than usual surge of supply, which will depress prices. 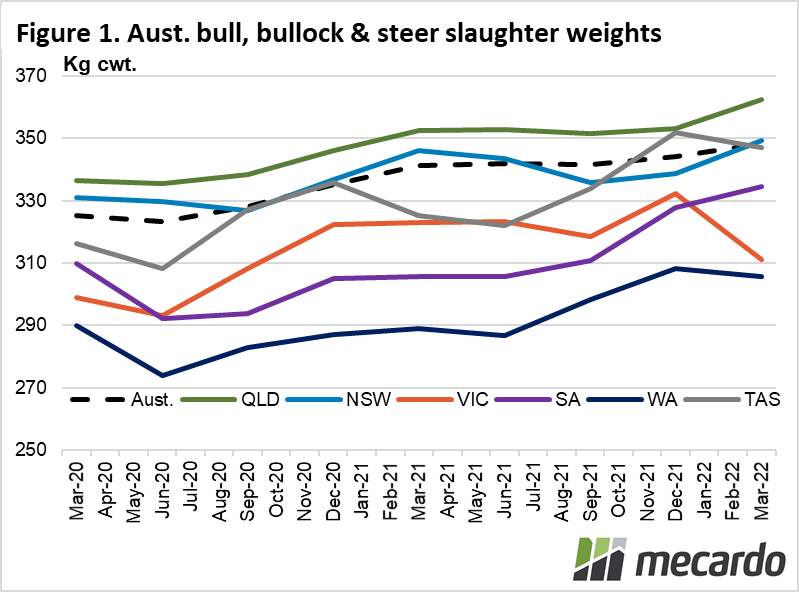 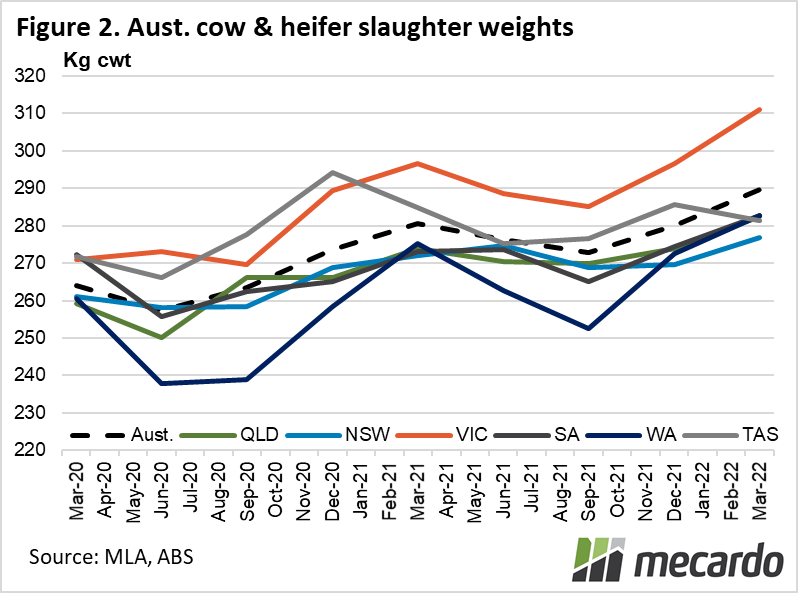