Heavy on the lamb market

Saleyard lamb prices fell across the eastern seaboard this week with softer bidding intensity noted, despite a good show of quality at many yards. In the West however, the market bounced back slightly from recent falls.

The Eastern states Trade Lamb Indicator (ESTLI) lost 19¢ to settle at 810¢/kg cwt. The market had a different tone in the west this week with trade lamb prices gaining 22¢ to 836¢/kg cwt, and all other types except light lambs improving. The worst hit category of lambs in the east were Merino and Restockers, with both National indicators dropping 8% over the week. Many saleyards noted good quality yardings of finished lambs, but supply must have outdone the appetite, with the National Heavy Lamb Indicator dropping 4% to 797¢/kg cwt. The last time the National Heavy Lamb Indicator was below 800¢ was in June last year, and it’s now fallen by 190¢ (19%) since the record levels of August 2021.

Mutton generally wasn’t spared from the weaker market, except in Victoria and Western Australia. The National Mutton Indicator lost 8¢ overall to 551¢/kg cwt. The Western Mutton Indicator improved 16¢ though to 559¢/kg cwt.

For the week ending the 18th of February 2022, lamb slaughter lifted just 1.2% on the week. A large lift in processing in Victoria offset a decline in New South Wales. The numbers suggest processor capacity is still slightly restricted, with total numbers tracking around 5% below the same time last year and 15% below the five-year average.

East coast sheep slaughter also lifted slightly on the week prior, up 6% to see 96,092 head processed. This was about 6% fewer than the same time last year and 20% below five-year average levels.

More lambs were flowing through yards last week with a rebound in number in New South Wales, and also a spike in Victoria. East coast lamb throughput was up 21% on the week prior which was 3% higher than the same time last year and 2% under the five-year average.

The deluge of rain received in northern NSW might see lighter yardings next week while paddocks firm up and any transport issues are worked through. This, and the cheaper market this week is likely to see some producers pull back supply and support price. 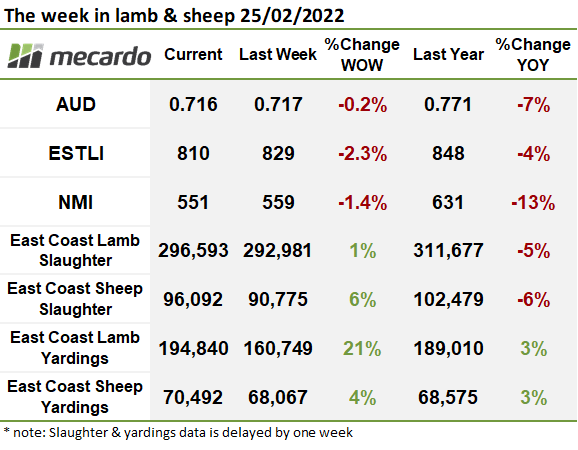 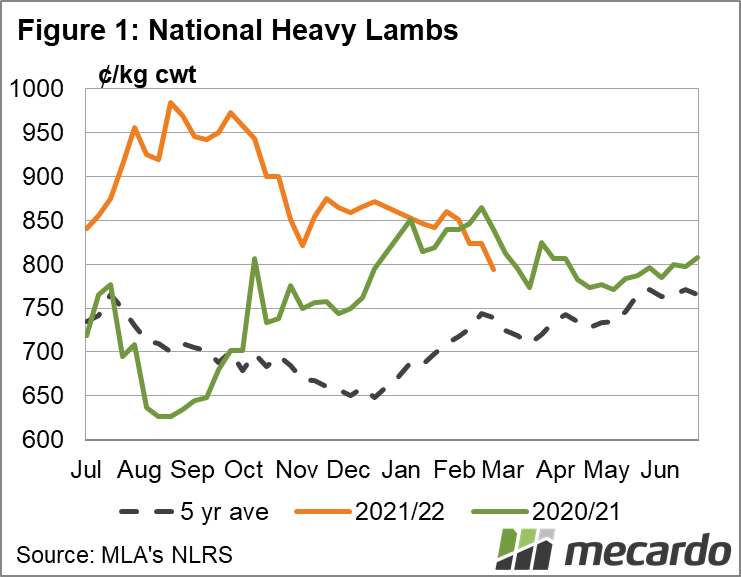 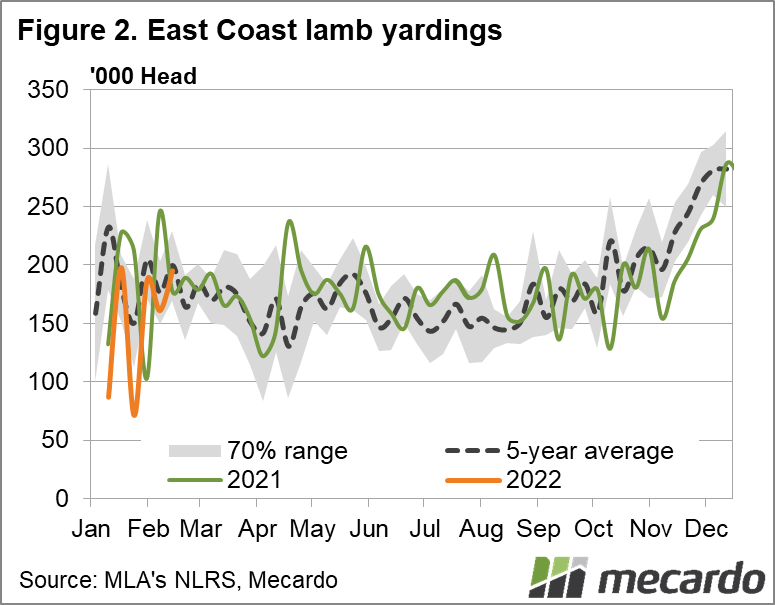