January is when Meat & Livestock Australia (MLA) update their projections, and there have been a few interesting changes made, especially on the supply front. Herd growth is expected, but we might have already seen the peak in the rate.

The official herd numbers for June 30 2021 from the Australian Bureau of Statistics (ABS) are still a couple of months away, and MLA altered their estimate slightly, stripping a further 1% from the herd.  At 26.11 million head, the herd is expected to have grown 6% from 2020.

Figure 1 shows that the strong growth in 2020-21 has followed two consecutive years of 6% declines.  The herd is now only back to the 2019 level, but projected growth of 4% this year is expected to see the herd back above 27 million head.

MLA have decreased herd projections for 2022 and 2023 by 2.2 and 2.5% respectively.  The reason being is continued weaker than average seasons in major cattle areas in Queensland.  MLA are calling it a two paced rebuild, with southern areas remaining growth limited, with much of the remaining growth having to come from the north.

MLA have added 2024 to their projections, and are expecting slaughter to return to the 10-year average by then. The Australian cattle herd has never seen three consecutive years of growth of the size being forecast, but it has also never seen such a decline, or the extreme prices encouraging the rebuild.

Increasing cattle supply should have a negative impact on prices, but we haven’t seen it thus far in 2022.  We know that export markets drive our markets, and as domestic cattle supply increases, our prices will fall back towards export parity.  The timing of the increased supply will govern when prices ease, but looking at the projections it might be 2023 before a large correction appears.  We don’t know what export markets will be doing by then. 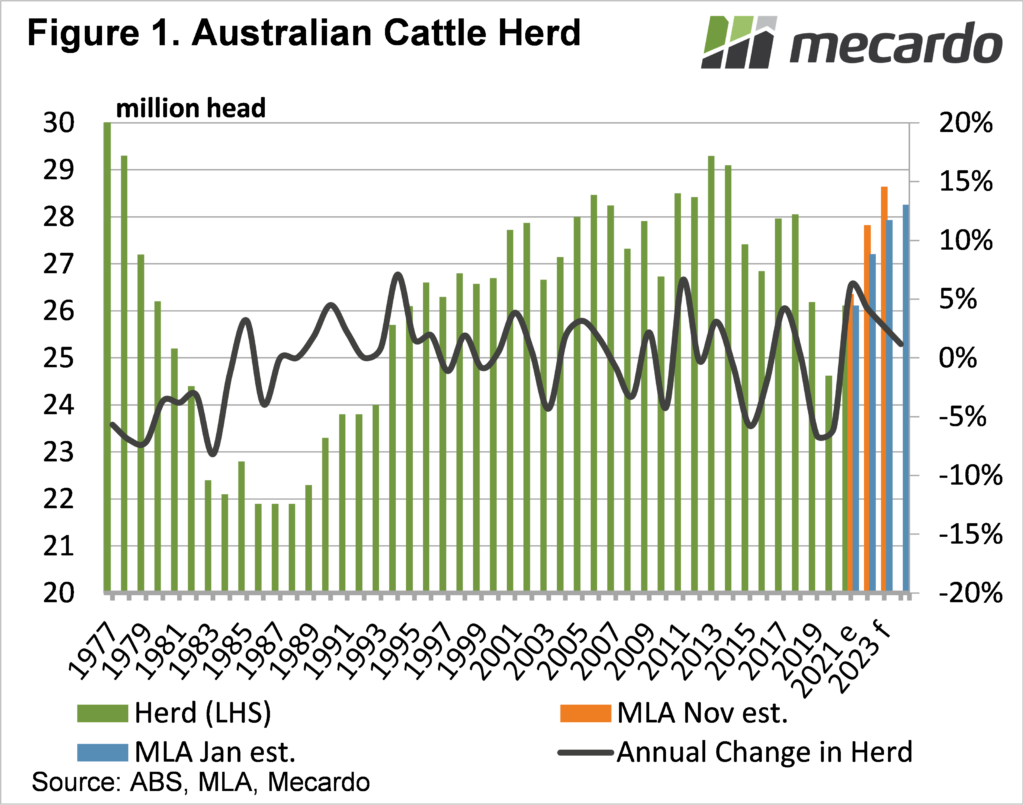 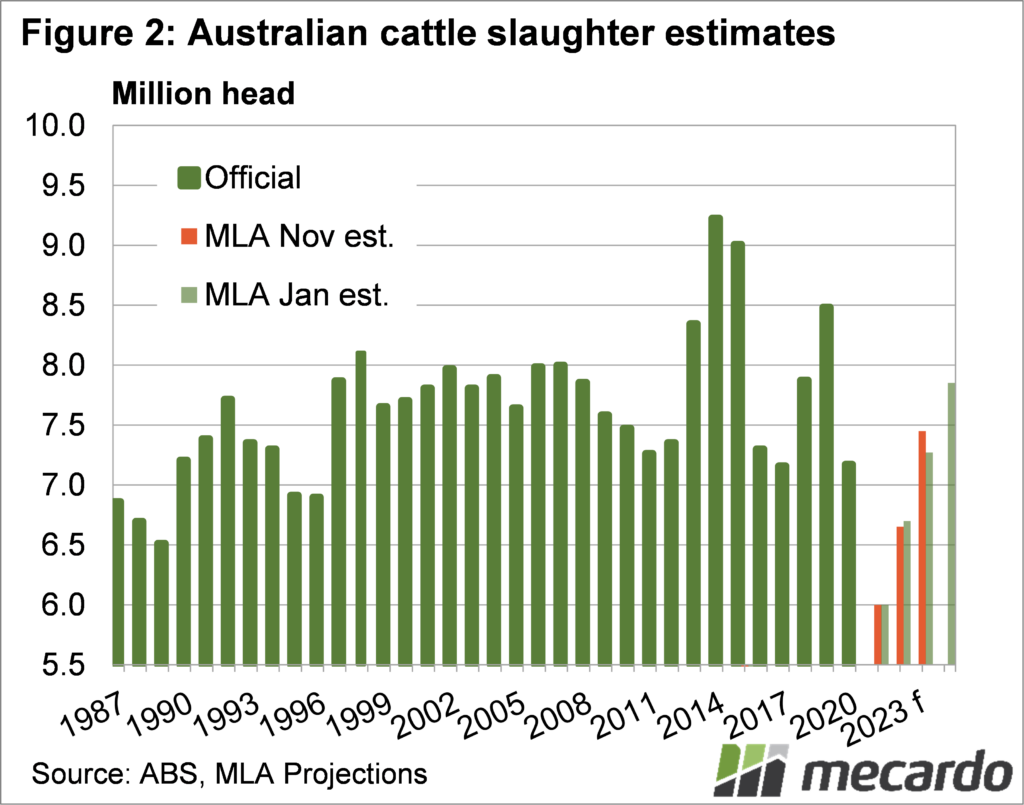