AWEX report that the EMI improved by 7 cents this week and has now lifted for the past three weeks a total of 60 cents or 4.2%. This puts the EMI at the highest point since March 2020, while the dollar value of wool sold is $2,556.7 million, $377.6 million more than last year.

The medium types performed the strongest this week, lifting between 10 to 63ȼ, whilst the finer types were mixed. The 20 micron in Sydney was the start performer where it now sits 12ȼ above its’ southern counterpart, at 1,570ȼ/kg.

Crossbred wools were mixed, with the 26 micron falling 2ȼ, the 28 micron staying put and the 30 micron moving up 7ȼ.

Cardings fell by 2ȼ in Sydney & lifted by 4ȼ in Melbourne.

There were no sales in Fremantle, hence the bales offered and sold were much lower than normal. There just 29,807 bales on offer this week, 5,550 less than last week and the pass in rate was 10.9%, resulting in 26,570 bales sold.

This week on Mecardo Andrew Woods took a look at the auction sale value of wool, comparing different regions, concluding that fibre diameter is normally the biggest driver between regional wool values.

He also looked at global wool production in relation to total fibres produced, taking a different perspective of the analysis than what has traditionally been done in the past.

Next week is the last sale of the season, but we still have two more sales after that before the annual 3 week recess. You can view AWEX’s ‘tentative’ wool selling program for the 2022/23 season here.

Next week we Fremantle back for the last auction sale of the 2021/22 season and we’re finishing on a big one with 45,003 bales currently listed for sale across the three centres on Tuesday & Wednesday. 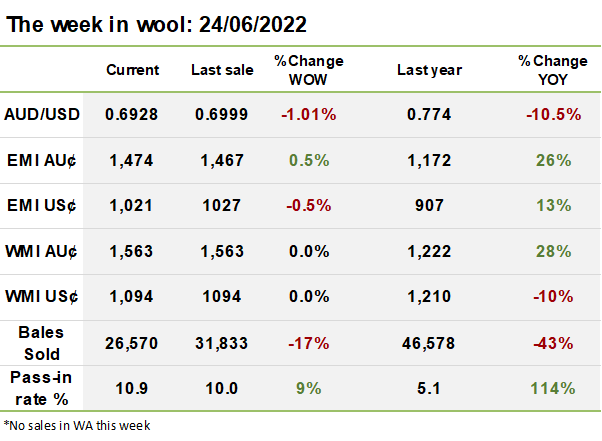 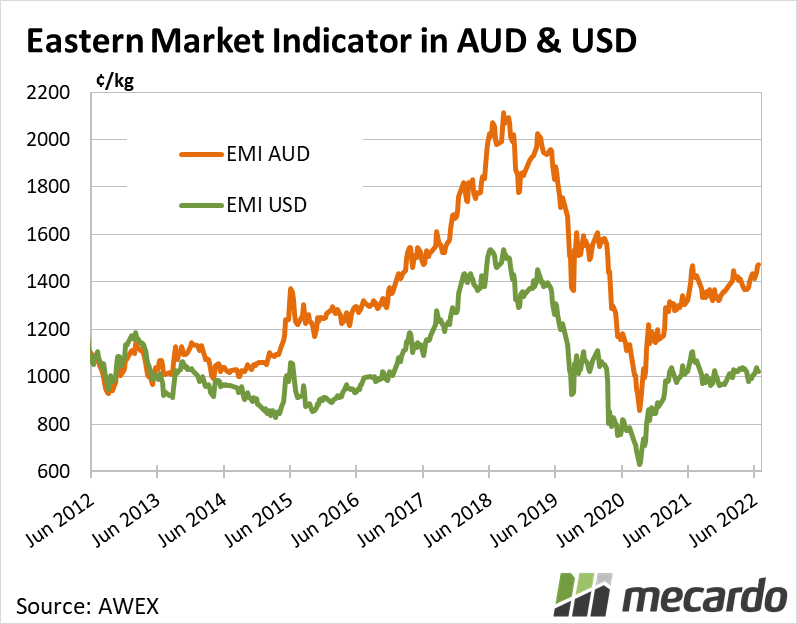 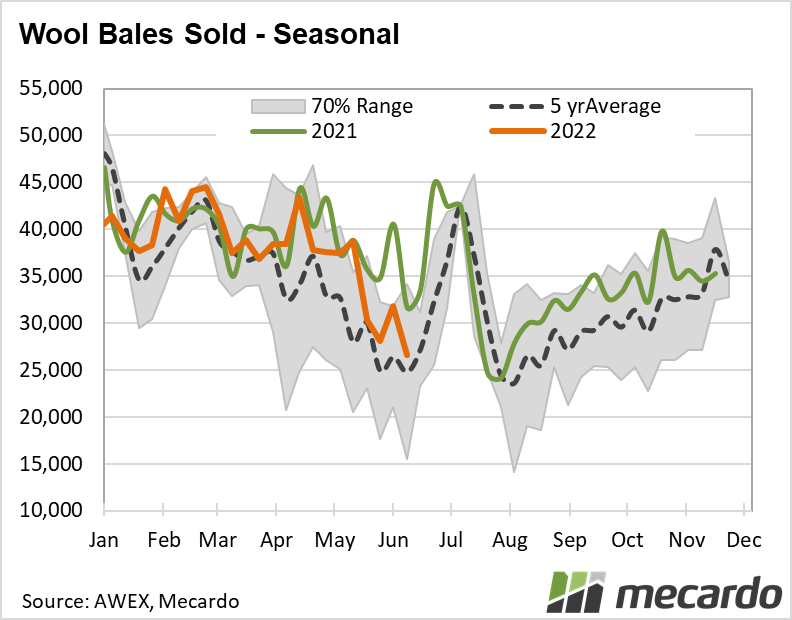