The short weeks over easter have taken their toll on both numbers and pricing in cattle markets, with subdued activity from both buyers and sellers as some key saleyards did not operate. Regardless, the EYCI held its ground this week, but with such low yarding numbers, this needs to be considered when assessing some of the indicator price movements.

East Coast slaughter dropped 21% last week compared to the prior week, coming in at 74,146 head. Missing from the mix due to Monday’s holiday were Dubbo, Wagga, and Tamworth, among others.  This is 22% below the figure achieved at the same time last year. However, bear in mind that easter landed two weeks earlier in 2021 so we aren’t comparing apples with apples there.

The easter four day week took its toll on yardings as expected, with numbers down 36% on the prior week to 26,773 head. That’s 48% below the same time last year, but again, with easter positioned differently in 2020, it’s not directly comparable. Activity on AuctionsPlus was also lacklustre, with yardings down 45% to 6,798 head.

Over in the west, the WYCI strengthened 17¢(1%) to1,219¢/kg on a small yarding of 435 head, with only mount barker contributing to the index, with the average price supported by the vealer ratio reaching 96%. In contrast, the handful of steers and heifers in the market traded at ~1,000¢/kg- 20% lower than the index.

This week, we compared the national categories with prices from two weeks prior, and it’s a sea of red ink with one exception. Heavy steers surged 5% to 446¢/kg lwt. The wooden spoon went to medium steers, which lost 5% to close at 422¢/kg lwt. Restockers fared poorly also, losing 16¢ to close at 657¢/kg lwt.

The US frozen cow 90CL crept up  2¢(<1%)  to 304¢US/lb and gained 14¢(2%) in Aussie dollar terms, closing the week at 888¢/kg swt. Brazillian product into the US continues to be a threat to Australia’s position in the imported 90CL market as COVID related logistics problems in China have forced Brazillian processors’ hand in sending more product to the US. Steiner reports that the US simply pays sufficiently more than other markets, so absorbing the tariff is the best out of a number of bad options for Brazil currently.

Next week is another short four day week, so somewhat subdued yardings and slaughter can be expected again. Bear in mind that with such low yardings numbers, and with buyers and sellers missing from the picture, market prices are probably somewhat distorted away from what would be normal for some specifications. How prices land in early May will be more telling about where the market is really operating. 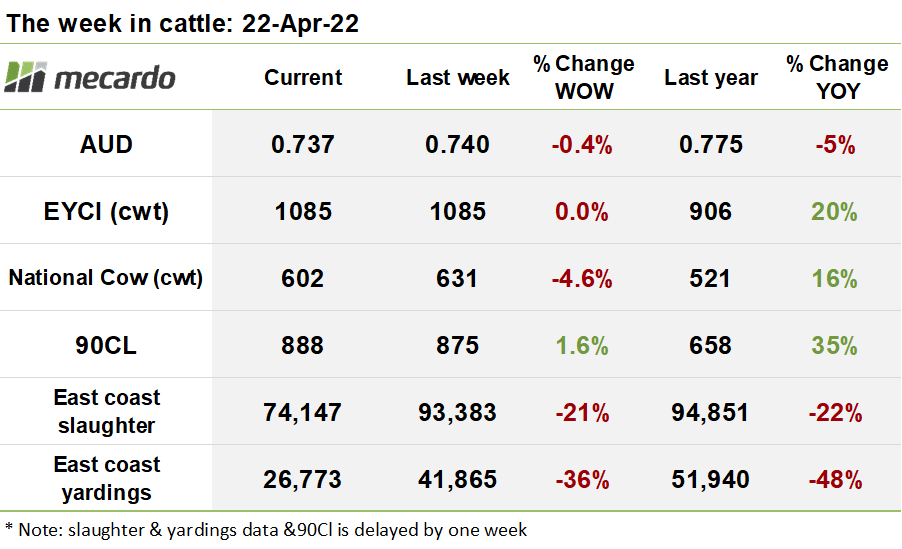 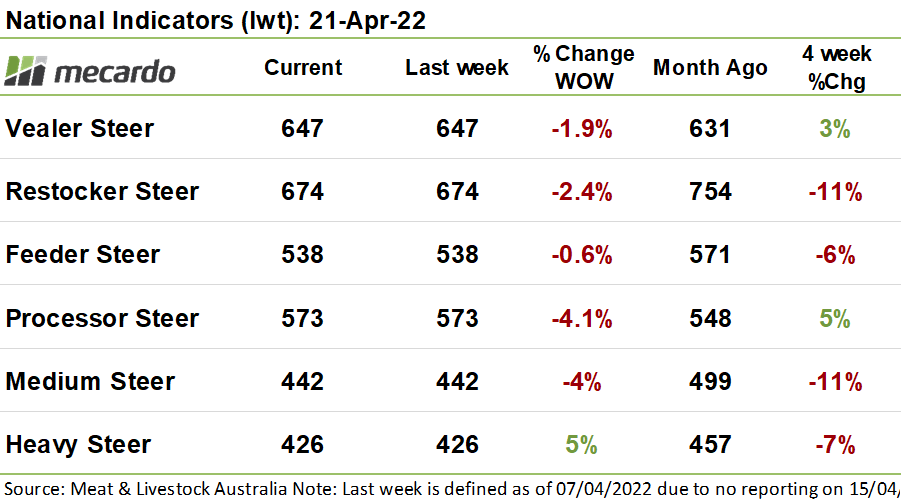 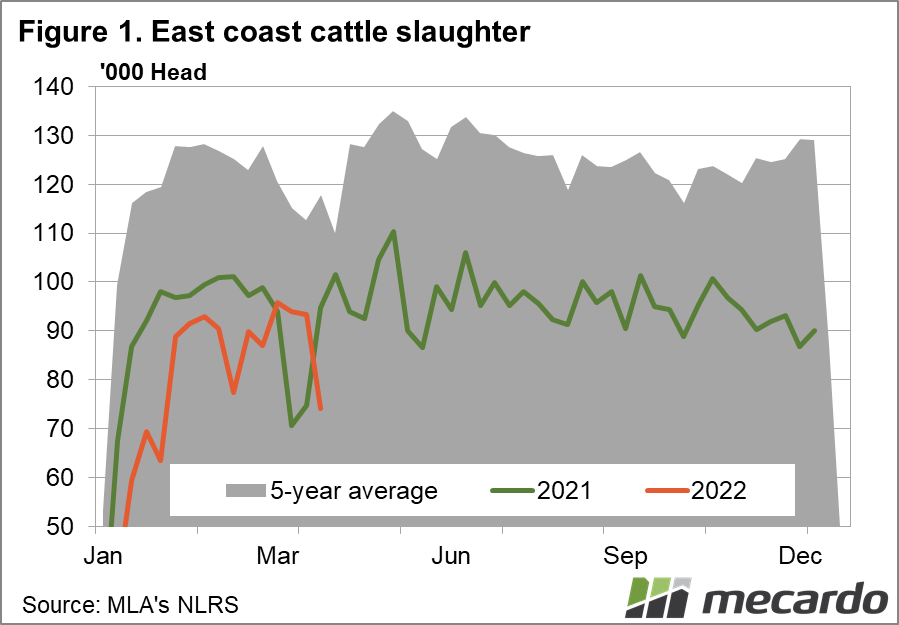